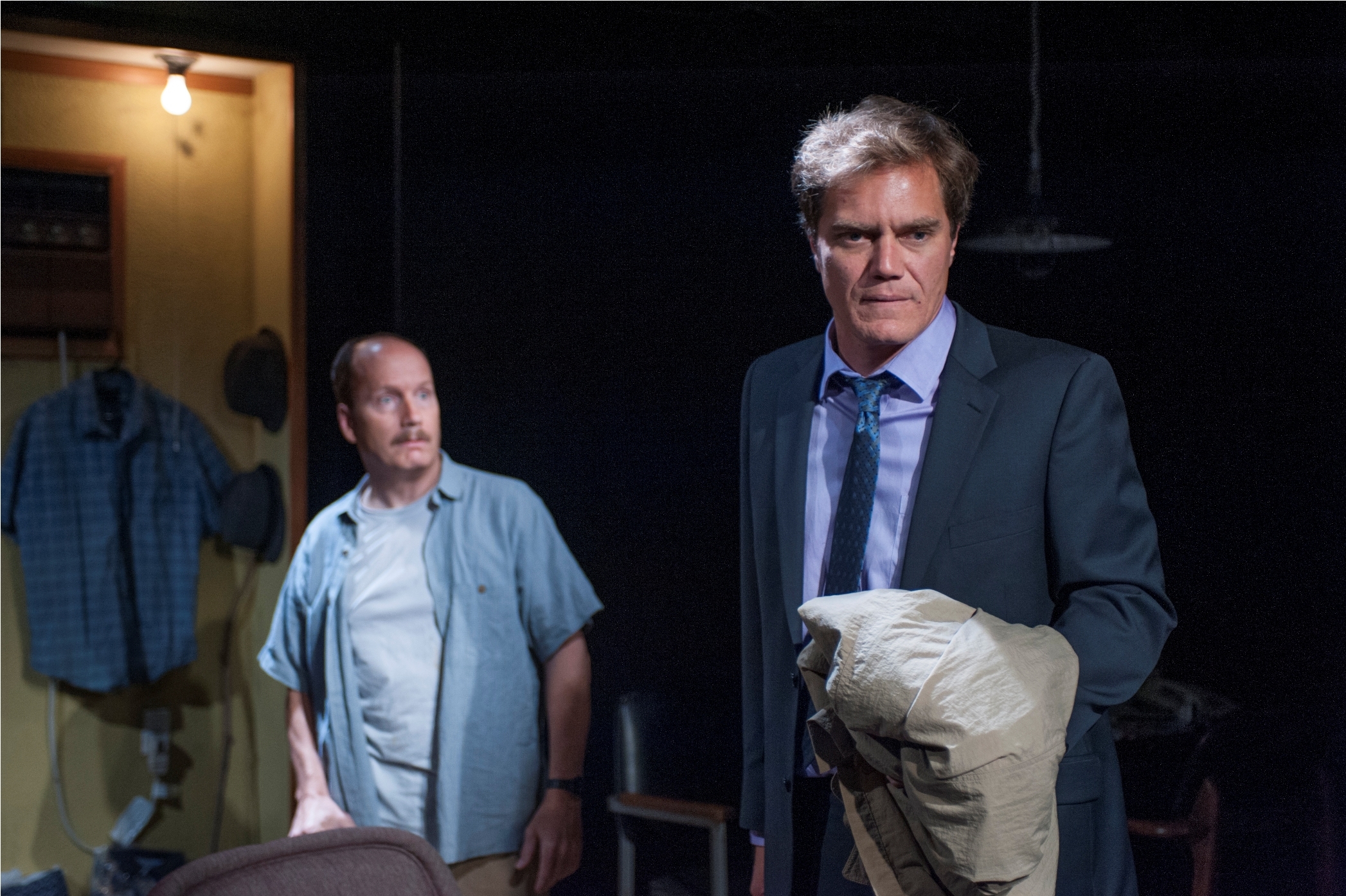 Amy Herzog's Belleville, now playing at Steppenwolf through August 25, has plenty of themes: fantasy versus reality, responsibility versus fecklessness, adulthood versus childhood, even black versus white and America versus the rest of the world. What it doesn't have, unfortunately, is much of a plot on which to hang these interesting themes, and therefore at its conclusion you wonder what all the activity was supposed to be about.

An American couple in their early 30s has moved to the trendily scruffy Belleville section of Paris. Zack (Cliff Chamberlain, magnetic and mercurial as ever), whose AIDS fellowship at Doctors Without Borders is their reason for being in France, is home masturbating in the middle of the day for reasons which his wife Abby (Kate Arrington, equally mercurial but in the minor key of the spoiled princess) would wonder about if she weren't so busy quitting her French lessons, skipping her medication and missing her parents. Obviously, reality Paris is quite a distance from fantasy Paris. Reality Paris also includes their neighbors and landlords, Alouine and Amina (Chris Boykin and Alana Arenas), who are younger but more adult in several obvious ways: they own the building, they have two children, and Alouine is beginning to prosper after emigrating from Senegal with nothing.

With these thematic distinctions clearly drawn, we watch the two couples negotiate their uneasy cross-cultural relationship, which involves a lot of dope-smoking and unpaid rent. But unless you just landed on this planet, you'll know what's going on about an hour before the author chooses to tell you. While that can be satisfying when the play then anatomizes why things have gone so wrong, here all we get is the opportunity to witness the inevitable smash-up, like watching a car accident in slow motion. That's a story but not a plot.

Not even four fine performances and the sensitive direction of Anne Kauffman can turn this tale of the privileged evading responsibility into anything we care about. And it's more than a bit annoying to have another play in which black characters are defined almost exclusively in terms of their relationship to white ones. Moreover, to the extent our empathy is supposed to be evoked by the French couple, Herzog undermines it by having them say moderately important things to one another in French. Whatever this adds in verisimilitude it subtracts in comprehensibility. The audience is entitled to understand what's happening onstage, even if its members quit their own French lessons.

I've seen the play described as a mystery and as a love story, but it's neither, really: it's an outline of what can go wrong in being alive. You can get your dream and discover it's not what you wanted. You can love your partner and discover s/he's crazy. You can mistake ordinary politeness for friendship. You can be homesick with no way to get home. Herzog has perfect pitch for the speech of privileged Americans; I look forward to hearing it deployed in a play that's about something.

By contrast Sam Shephard's Simpatico at A Red Orchid Theatre is absolutely awash in plot. It may be lacking in theme but that's fine because it's fundamentally an exercise in style and in the sheer joy of telling fish stories. Shephard, best-known for pieces of grueling realism like Buried Child, here throws earnestness aside to offer instead a witty send-up of every gumshoe movie you've ever seen. There are people lined up in the lobby waiting for tickets because the show stars Red Orchid co-founder Michael Shannon ("Boardwalk Empire," "Man of Steel"); but though he's very good, the material and his co-stars more than measure up.

Shannon plays Carter, a successful businessman who's flown from Kentucky to California to see his old frenemy Vinnie (the splendid Guy Van Swearingen), whom he subsidizes out of fear of blackmail. It takes a while to figure out what Carter owes Vinnie, a pathological liar given to claiming he's a private investigator. Most recently he's made this claim to Cecilia (Mierka Girten, in a perfect blend of innocence, savvy and pretension) who had him arrested, and now Vinnie wants Carter to go explain things to Cecilia -- though if he can, he's a better man than I am.

The play is funny with an undertone of dead seriousness but a bedrock of satire. The playwright lets us in on his joke when Carter and Vinnie's mark Simms (Doug Vickers, the best Sidney Greenstreet ever) bemoans the fact that Hollywood doesn't make movies like "The Maltese Falcon" anymore. Suddenly the light-bulb goes on: of course none of this makes any sense; it's a Sam Spade picture. Simms is the Fat Man; Vinnie is a downscale Joel Cairo; Cecilia--or maybe Rosie, Carter's wife (played with an exceptional lack of vanity by Jennifer Engstrom)--is Gretchen Wunderle/Brigid O'Shaughnessy/Melanie Haber/Audrey Farber/Bette Jo Bialofsky. They lie so much they wouldn't recognize the truth if it bit them; they betray one another or once did or plan to; and they do an ungodly amount of drinking. By the end the smooth-talking and dapper Carter has been reduced to a shivering wreck with a hangover any private dick would be ashamed of, while Vinnie suits up for another "case," Simms falls for Cecilia and Rosie disappears like those minor characters Raymond Chandler was always forgetting to account for.

Set designer Grant Sabin uses a clever system of sliding backdrops to make the Red Orchid stage stand in for two very different California apartments as well as a McMansion and a racetrack tout's office in Louisville. Joe Court's sound design makes great use of familiar rock anthems to comment on the action.

Unlike Big Lake Big City, which merely tries to copy the genre's amorality and cynicism, Simpatico overwhelms it with a bear-hug. And bravo Michael Shannon for assuring that the production is a complete, and completely Chicago, ensemble piece: no star turn here. You won't be able to keep up with Simpatico but you'll enjoy the ride.

Through August 25 at Red Orchid in Old Town; sold out but you can line up for rush tickets an hour before curtain.

And don't forget to listen to the Dueling Critics battle over Belleville this coming Friday on soundcloud. Go to iTunes and search "Dueling Critics" to subscribe. We already took on Big Lake Big City: check it out.