To cut risk for kidney disease, you might want to trim your belly fat and cut back on processed foods, a new American Journal of Kidney Disease study suggests.

Researchers from Johns Hopkins University found that people who cut their belly fat and excreted low levels of phosphorus in their urine had lower amounts of protein in their urine, considered an early sign of kidney disease. Phosphorus is commonly found in processed foods.

The findings imply that if you're at risk for kidney disease, "the No. 1 thing is to lose weight," Tom Manley, director of scientific activities at the National Kidney Foundation, who was not involved in the study, told HuffPost. And "I would think about watching and looking at labels" on processed foods to see if they contain phosphorus, which is indicated on the labels as "PHOS," or, try to steer clear of processed foods in the first place.

For the study, Dr. Alex Chang, M.D., M.S., of Johns Hopkins, and his colleagues examined belly fat, phosphorus intake, weight loss and protein in the urine of 481 overweight or obese people who were part of the PREMIER study, which involved enacting lifestyle modifications. All of the participants had normal kidney functioning at the start of the study.

It's important to note that how phosphorus could physiologically impact the kidney is not yet known, Manley said. Phosphorus is also found in fruits and vegetables, as well as meat, but it does not appear in the same form across all these foods and so is absorbed by the body in different ways.

But still, the best takeaway from the findings is to generally cut back on processed foods, Manley said; plus, that will also assist with reducing belly fat.

For more information on what foods contain phosphorus, check out the infographic from the National Kidney Foundation below: 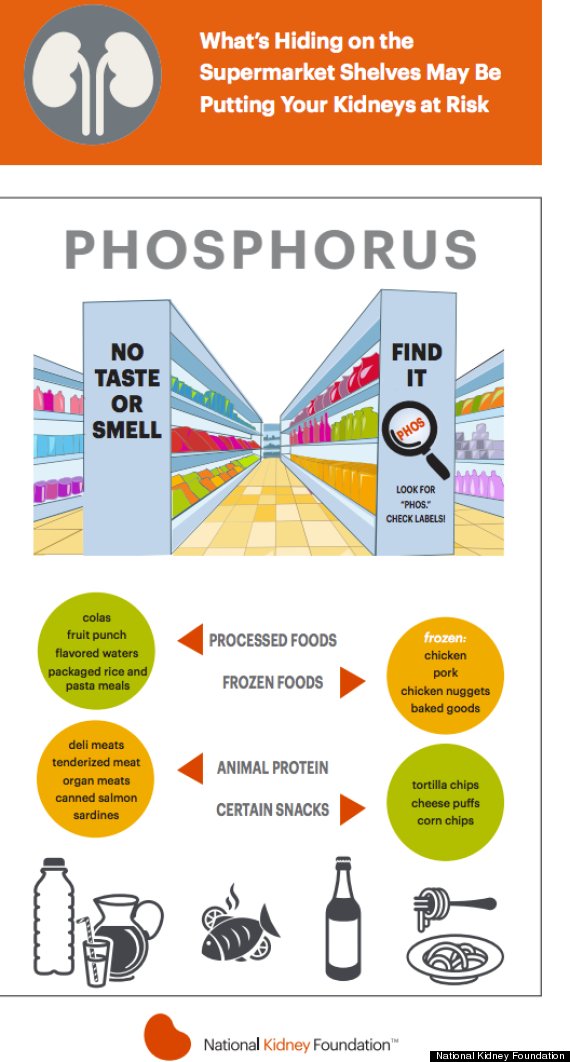 Voting Made Easy
Register to vote and apply for an absentee ballot today
Register now
More:
healthy living
Newsletter Sign Up
The essential guide to taking care of your mind and body
Subscribe to HuffPost’s wellness email
Successfully Subscribed!
Wellness delivered to your inbox