If one of the presidential hopefuls, with the exception of Hillary Clinton, wins the presidency, the first thing he will need is the telephone number of a really good recruitment firm.

"Is this the Manpower company? Yes, well this is the president. I want you to come up with 1,400 top executives and, this is important, they must be able to be confirmed by the United States Senate -- no lovers, no drunks, no druggies, and no financial cowboys. All right then, how about 100 smart ones and 1,300 warm ones with nice families?" 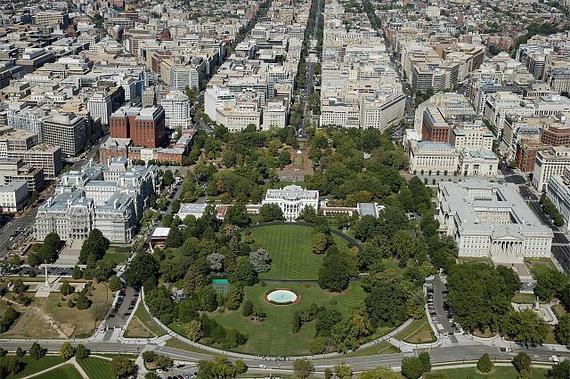 The fact is that the president has a job that is not always anticipated: personnel officer in chief. Of those who might get the presidency, the one who will be the least challenged in filling out the 1,400 jobs that require a nod from the Senate, Clinton has the best Rolodex of potential appointees. She should have. She has been around Washington since her husband was president. And that means that every Democratic political retread in the capital, will be petitioning for work.

As first lady, senator and secretary of state, Clinton has had plenty of opportunity to stuff her Rolodex. Less so Bernie Sanders, who was a loner in the Senate and who seems not to have sat in on any discussions on foreign policy. He, like so many politicians, knows people who agree with him, which means he has a good grip on the cost of university education to students, or the way medicine was nationalized in other countries.

Likewise, Ted Cruz can probably lay his hands on a few good tax-cutters and gold-standard adherents, but he may be a bit stretched when it comes to people who know about the Armenia-Azerbaijan conflict or the supplies of flu vaccine for 2017.

John Kasich knows people from his time in Washington: people who are biding their time in the think tanks, where they have been holed up since past Republican administrations. Talk about Beltway insiders!

Trump knows people in real estate and people in show business, and he is his own adviser, by his own boast. He, more than the rest, is going to need help in getting help. How do you find people able to renegotiate every treaty on the books, which is the core of his foreign policy?

Let alone staffing a government, Trump will have difficulty in staffing even the transition team, so vital in a smooth transfer of power. So much to learn, which is hard when you are stuck in transmission. Does he know that the U.S. Geological Survey is part of the Interior Department, or the Secret Service part of Treasury? Does Sanders know that sensitive areas need career ambassadors, and cronies and buddies are for safe appointments, like Switzerland and Liechtenstein.

There is a long history of presidents who have been hurt or hindered by who they knew when they were elected. Ronald Reagan knew a lot of people and had less than usual trouble in staffing. But even so, his energy transition chief Michel Halbouty, a wildcatter from Texas, was floored when he heard the Department of Energy made and maintains nuclear weapons. Bill Clinton suffered what might be called the "Arkansas deficit" for the first years of his administration.

In the think tanks, left and right, former office holders and those itching to hold office hang out writing op-eds, making speeches and hoping they are headed for government. The has-beens and never-weres are rested and ready.

Trump, with no contacts where he would need them, would blunder, mistaking businessmen for statesmen. He could fall prey to a right-wing think tank, like the Heritage Foundation. Retired military also have agendas, and are keen to implement them on militarily-challenged new presidents.

Cruz is in danger of being taken in by extreme guys like Frank Gaffney of the Center for Security Policy, and neocon Elliott Abrams, who urged another neophyte, George W. Bush, into the 2003 invasion of Iraq.

Sanders is the man to thrill a bearded-and-sandaled crew from the universities. Maybe some advice from perennial man of the people Ralph Nader.

Hillary will bring out the human equivalent of the best of the political thrift shops: good in their day-- yesterday.