It's not Happening at the Zoo

There is so much happening in the study of animal behavior, cognition, and emotions that it is almost impossible to keep updated about the latest research and books and essays that are published on these topics. That's why I'm grateful to people who send me links to all sorts of publications. One thing that's clear is that non-researchers want to be kept abreast of "the latest and the greatest" in these areas, and it is essential for them to know what experts are thinking.

A "hot button" topic concerns the well-being of captive cetaceans who are kept in various aquariums. The award-winning documentary Blackfish called attention to their plight, and more and more people around the world are showing increasing concern for these fascinating sentient beings who languish in captivity in order to entertain humans while being used as breeding machines. I wrote about some of the ways in which captive whales suffer in a previous essay called "Captivity Drives Killer Whales Crazy." 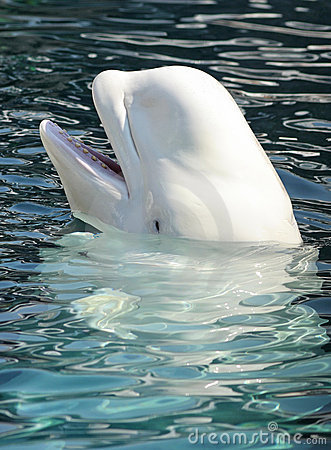 Here, I want to call attention to an excellent essay by Larry Pynn called "Vancouver Aquarium's belugas showing key signs of stress, boredom, experts say," because not only is it written for a broad audience, but it also considers the opinions of leading scientists, including animal welfarists, who often do not support the idea that captive cetaceans simply cannot and should not be kept in captivity as they currently are.

The essay is available online so here are a few snippets to whet your interest.

"'They're trapped' said Rebecca Ledger, an expert in animal behaviour, during a visit to the aquarium with The Province. 'Psychologically, they are not fulfilled and are behaving abnormally. That's sad, especially since these are very intelligent animals. We're not talking about cockroaches, we're talking about cetaceans.'"

"The younger of the aquarium's two female belugas, Qila, regularly swims one length of its pool upright and the other length upside down, often surfacing at the same point for a breath."

Nova Scotia senator Wilfred Moore notes, "To have one of those creatures going up and down a concrete pool is just so harmful, so wrong."

Consider also what cetacean expert Lori Marino says about the behavior of captive cetaceans: "Stereotypies are abnormal behaviors ... A stereotypy is not a habit or a scheduled activity. It is nothing like having dinner at the same time or sleeping for eight hours a night. They (the aquarium) are trying to convince you that this circling behaviour is normal. It is not. When you see this kind of repetitive behaviour you know that the animal is not thriving."

Sara Dubois, chief scientific officer for the British Columbia SPCA, also is quite concerned and "encouraged the Vancouver Aquarium to follow the suit of the National Aquarium in Baltimore, which announced earlier this month that eight dolphins raised in captivity will be transferred to a protected tropical oceanside habitat by the end of 2020."

And, it's interesting to note that even iconic animal welfarist David Mellor, who believes that it is perfectly okay to use animals in some forms of research as long as they have "a life worth living," notes, 'There is no way that can be duplicated in captivity ... That's the crux of the argument. It's impossible to even remotely duplicate the natural environment of belugas.'" Mr. Pynn writes, "Mellor says it can be an awesome experience for the public to see an 'iconic species' such as belugas up close, but that doesn't necessarily justify holding them captive."

" ... the belugas have forfeited freedom for room and board. ... Here, they have regular meals, regular medical care. They don't have what you might call the worries that a wild whale has." John Nightingale, President of the Vancouver Aquarium

I found Mr. Pynn's essay to be an excellent overview of the problems associated with keeping cetaceans in captivity. Of course, administrators of the Vancouver Aquarium disagree.

"Forfeiting freedom for room and board:" A most lame, typical, and industry-wide excuse for keeping these amazing beings in tiny water cages is provided by the president of Vancouver Aquarium, John Nightingale. He claims, "the belugas have forfeited freedom for room and board. ... Here, they have regular meals, regular medical care. They don't have what you might call the worries that a wild whale has." This is incredibly self-serving nonsense.

Surely, then, according to Mr. Nightingale, visitors are not seeing cetaceans as they really are in the wild, and they are not ambassadors for their species (please also see). They are captive beings who behave as captive beings who have lost their freedom to be who they truly are. They are hapless and innocent victims of the wide-ranging, profit-driven, animal-industrial complex.

Mr. Nightingale also claims that "Qila [a beluga whale in his zoo] is engaged in resting behaviour during much of her swimming pattern and notes that humans can also exhibit stereotypic behaviour, be it having dinner at the same time or sleeping for a certain number of hours daily." It's amazing how far he will go to try to justify keeping these amazing beings in tiny water cages for human entertainment and profit.

Aquarium veterinarian Marty Haulena agrees that things aren't all that good in Vancouver. He notes, "It would be awesome to have a more appropriate social network for these guys ... But we have what we have. Is it ideal? No. You'd want five or eight whales, unrelated animals, lots of mating, lots of calves. That would be awesome. That's not our world."

I hope people who read this essay will encourage this and other aquariums to put an end to shows in which these animals are forced to perform stupid and unnatural tricks, to stop breeding them in captivity to make more whales who will spend the rest of their lives in small cages, and to move individuals to sea pen sanctuaries.

I highly recommend Mr. Pynn's essay and hope it receives global attention because cetaceans languish in captivity in all sorts of aquariums around the world for our benefit, not for theirs. There's simply no way captive cetaceans can have anything approaching a good or natural life living in water zoos.

Note: For more on the plight of captive animals please also see "Why Was the Gorilla Harambe Killed at the Cincinnati Zoo?," The Harambe Effect: The Legacy of a Gorilla Provocateur," "Why Was Harambe the Gorilla in a Zoo in the First Place?" "What Zoos Need to Do for Zoo'd Animals," and a series of essays in "HOW CAN ZOOS AND AQUARIUMS FOSTER CULTURES OF CARE AND CONSERVATION?"

Marc Bekoff's latest books are Jasper's Story: Saving Moon Bears (with Jill Robinson), Ignoring Nature No More: The Case for Compassionate Conservation, Why Dogs Hump and Bees Get Depressed: The Fascinating Science of Animal Intelligence, Emotions, Friendship, and Conservation, Rewilding Our Hearts: Building Pathways of Compassion and Coexistence, and The Jane Effect: Celebrating Jane Goodall (edited with Dale Peterson). The Animals' Agenda: Freedom, Compassion, and Coexistence in the Human Age (with Jessica Pierce) will be published in early 2017. (Homepage: marcbekoff.com; @MarcBekoff)