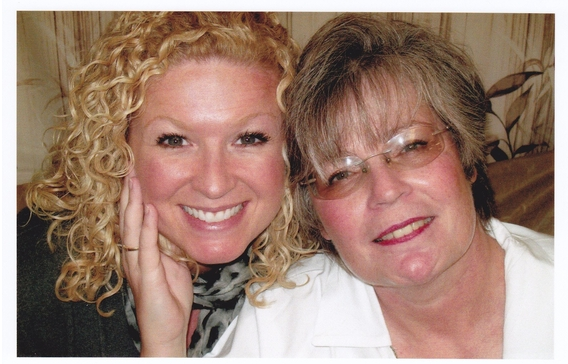 Belynda and her daughter, Bridgette

Today marks Belynda Goff's nineteenth Mother's Day as an incarcerated mother, serving a life sentence for a murder she did not commit.

"I was a mom, that's what I did," Belynda told me. "I was a little league, cheerleading mom."

On the night of June 11, 1994 she was home with her husband, Stephen, and their son, Stephen Lee. Around 9:00 pm Stephen received a phone call and told Belynda he was going out for cigarettes even though, as Belynda told him, the store was closed. She headed to bed around 10:00 or 10:30 pm. Stephen was still not home. During the night Stephen Lee crawled into bed with her.

At about 2:00 am her upstairs neighbors heard a knock on the Goffs' door, and then shortly later, what sounded like banging on the ceiling.

Between 4:00 and 4:30 am Belynda's alarm went off. She went into the bathroom, then the living room. It was there that she saw Stephen, in the corner of their doorway, bloodied. His blood spattered keys lay nearby. She became hysterical and dialed the Operator for help. The paramedics and police arrived shortly thereafter.

The police theory of the crime - developed almost immediately - was, as the prosecutor would tell jurors: "Hell hath no fury like a woman scorned." Stephen had been unfaithful in the past and so, the State argued, Belynda must have killed him in a rage when he came home that night.

On the morning her trial was to begin, Belynda, facing the prospect of a life sentence, was offered a plea deal of 10 years. She rejected it.

"The only thing I said in response to my attorneys was, 'But I didn't do it'," she told me.

Belynda and I first met over letters about seven years ago when I worked on her case at the Innocence Project as a Case Analyst. I would grow to know her and her daughter, exchanging cards and phone calls, photos of our children, news of death, births and illness. On the day I taught her case in my wrongful convictions class at Rutgers University I wore the scarf she had made me.

"I have thought over the years in moments of sadness and pain if I had just took that, I'd be home," she told me of the plea deal. "But my other voice says: yeah, but you'd be home, called a murderer and you would have represented a falsehood."

The police could not find bloody weapons or clothing in Belynda's home so they surmised she must have cut up the clothing and flushed it down the toilet. While the police failed to find evidence to corroborate their theory, evidence that someone else had killed Stephen began to emerge.

The evening before Belynda found her husband's body, a neighbor had seen men with baseball bats parked in front of Belynda's apartment. Fearing for her children's safety, the neighbor reported the sighting to the police that day and again after the murder.

According to Chris Lindley, Belynda's brother, Stephen had asked Chris to join him in an arson scheme. They were to burn down a building in Flint, Michigan for $10,000. When Chris told Stephen he wanted to back out, according to Chris, Stephen became panicked, begged him to reconsider and told him that he (Stephen) had already spent the money and would be killed. About a week later Stephen was found dead.

Two days after the murder Chris received an anonymous call stating he would be killed next if he opened his mouth. Belynda's home was burned down before trial in a still unsolved arson.

The State sought to have Chris' allegations excluded from the trial arguing that it was - as tunnel vision dictates - "irrelevant."

Tunnel vision is the scientific method, inverted. As Wisconsin Innocence Project Director Keith Findley wrote in his exhaustive analysis of tunnel vision: "Evidence inconsistent with the chosen theory is easily overlooked or dismissed as irrelevant, incredible, or unreliable."

On August 5, 1996, Belynda was convicted of first degree murder and sentenced to life in prison.

"Prior to the trial I told Mark that they could say guilty and they could say not guilty," Belynda told me. "I can remember him asking me, we were in the dining room at the house there, what if they say guilty? And all I could say was sweetheart we have to pray that they don't. I remember very clearly when they said guilty I can remember just hearing my son just crying behind me and that just broke me."

"Prison itself is not torment I don't think, not for me any way," Belynda told me. "My torment is being away from my family and children." 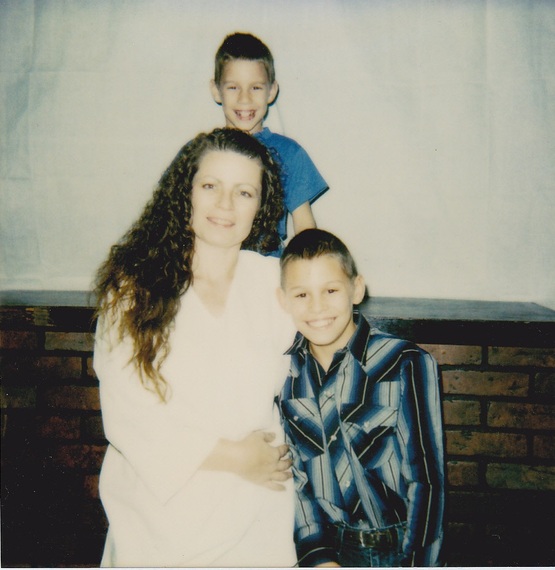 Belynda with Mark and Stephen Lee shortly after she entered prison

Despite the physical separation, Belynda says, she was determined to remain a loving presence in her children's lives.

"I just rarely let a day go by that I didn't somehow communicate with them that I loved them," said Belynda. "It was important to me that they knew that I was still here, I was still there for them."

She called them every day before school to be sure they were ready for the bus. They mailed pictures to each other, drawings from their childhood she calls her "treasures." She and Bridgette would watch the television show Alias and then call each other to discuss it afterwards.

"The first Christmas, oh that was so hard, the very first Christmas, I can remember, I can laugh now without crying I think but boy oh boy," Belynda told me. "It was Christmas Eve. I was just talking to my youngest son, Stephen. I said, 'Oh my goodness! You know what I just saw - and of course I'm seeing nothing but a brick wall but - I know I just saw a sleigh ride by. I think Santa's on the way. You better go to bed and make sure you're asleep because if he's passing here he must be on the way.'" 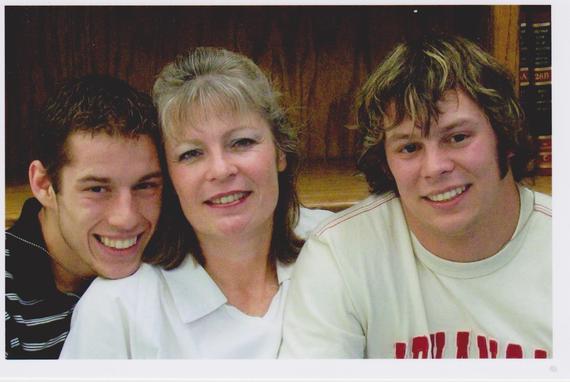 Belynda with Stephen Lee and Mark

As her children grew older they found ways to include her in their milestones. Mark chose to get married on Belynda's birthday and saved her a seat at the wedding. When Bridgette became pregnant with her second child she sent the ultrasound results to Belynda so her mother could tell her the baby's gender; Belynda sent Bridgette a pink ribbon in response.

Belynda, now 54 and a grandmother, remains hopeful that, one day, she will be exonerated.

"I don't know when this battle is going to be over," she told me. "Letting go of hope - I still can't seem to do it. You let go of hope you let go of life."