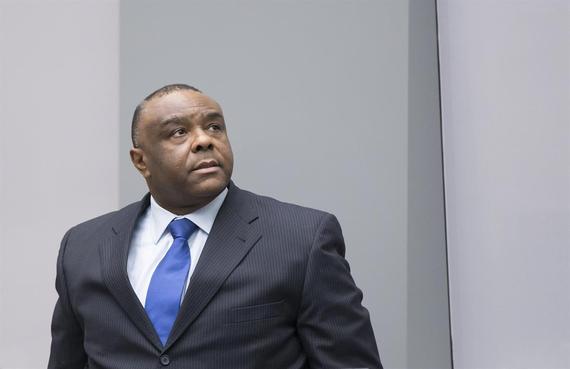 Jean-Pierre Bemba, former vice president of the Democratic Republic of the Congo and former leader of one of the country's most powerful militias during its last major conflict, was sentenced on Tuesday to 18 years in prison by the International Criminal Court. He was found guilty for his role as a commander in failing to prevent or punish a series of rapes and other sexual crimes by his troops in the Central African Republic in 2003.

In many ways the Bemba case should be seen as the ICC's greatest success to date, both technically and morally. The fact that Bemba was an active and serious political player, yet that the ICC could arrest and prosecute him in such a way, is the best example yet of what the court can do for good in the world.

First, the very fact of Bemba's arrest is a testimony to the deft political work by the ICC's Office of the Prosecutor, which carried out long and delicate negotiations with a number of states to arrest Bemba in 2008, while he was in Belgium amid some political turbulence in Kinshasa.

It was a major achievement to arrest Bemba and show the world that, done properly, highly confidential processes can be carried out, even when powerful, well-connected people are sought. (It raises a question perhaps about why it was not done more often, given that the skills were there to execute a good plan.)

Second, the case focused entirely on issues of sexual- and gender-based violence. Initial allegations indicated somewhere in the region of a few hundred rapes had been committed in a very short time in a particular area, but that sexual attacks by Bemba's troops had carried on for months.

I was responsible for the analysis of situations at the ICC Office of the Prosecutor at the time. Although some people at the ICC felt that the overall number of victims was on the low side, compared, for example, with massive situations in the DRC or Rwanda, some of us felt that focusing on the issue of scale alone was a mistake. The point was that it was serious enough to pursue charges, not that it was less massive than other cases.

The case is also interesting because the national courts in CAR had investigated the matter but dropped the case in order to allow the ICC to take it up. This was the first time an active national investigation was dropped in this way, for the ICC to take over.

Third, and perhaps most important, the case sends a clear message to senior political and military leaders that if they fail to punish or prevent sexual crimes when they have the chance, they will face very long prison terms. Generally, criminal justice supporters can make a little too much of deterrence arguments, but this is a case where the ICC has been used just about perfectly to do what it can to the best of its abilities.

We will hear the usual Cassandras lamenting the targeting of Africa -- somehow forgetting that it was the CAR authorities who said they could not carry out such an investigation or hope to get hold of Bemba. We will hear some say that targeting Bemba for crimes in the CAR represents some kind of failure because he has not been investigated for crimes in the DRC. This, of course, misses the point spectacularly.

It is astonishingly difficult to prosecute serious crimes even in times of peace, and much harder in times of instability and conflict. The ICC has managed to pull together a string of real successes in the Bemba case that sends a warning to commanders --and a message of some degree of protection to those who would be the sexual prey of soldiers and others in conflict zones.

Sometimes people get confused about the impact the ICC can have, and think that somehow it can be used as a short-term tool for immediate effect. True, the crimes Bemba was convicted of occurred 13 years ago. That is a long time for victims to wait for a measure of justice, but it is by no means longer than average and, to be frank, that is how long it takes if things go well. It is the message it sends for the future that counts.

The ICC will have its greatest impact by establishing a bank of credibility with cases like Bemba's. It has become an easy target. It has not got everything right, but good news like the Bemba decision should be celebrated and, more importantly, built on. And this decision is nothing but good news.

Paul Seils is Vice President of the International Center for Transitional Justice.