Jennifer Garner’s new movie "Miracles from Heaven" might be about the healing power of faith and some magical tree, but upon further examination it's clear that the true miracle has been standing in front of us all along:

Ben Affleck's back tattoo is fake.

In December, Affleck was photographed on the set of his upcoming film "Live by Night" sporting an unsettlingly large tattoo of a red-and-yellow phoenix (Fawkes, he's so hot right now) across his back.

Next, the two Jennifers weighed in, with Garner deliciously insulting the tattoo -- "I refuse to be the ashes” -- in her otherwise respectful Vanity Fair profile and J.Lo describing her former fiancé's new ink as "awful."

But according to Batman himself, the tattoo is "fake" and “for a movie.”

“I actually do have a number of tattoos," he explained to "Extra" host Mario Lopez, "but I try to have them in places where you don’t have to do a lot of cover-up … they get sort of addictive, tattoos, after a while.”

Ugh, so much for our Jennifer Garner ashes Halloween costume. 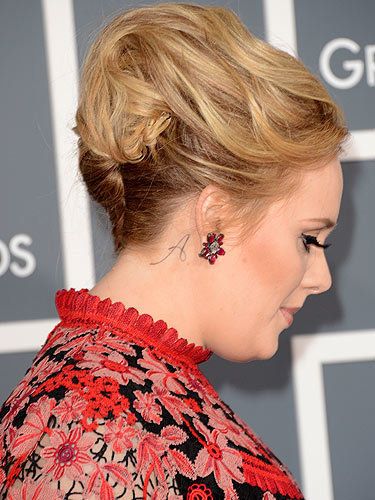