Gandhi didn't actually say "be the change you wish to see in the world," and if he were still alive, you can bet he wouldn't place who plays Batman high on his priority list. But for a few thousand superhero fanboys and fangirls, Warner Bros.' decision to give the role to Ben Affleck is cause for red alert. This is the world that these people live in.

A new petition on Change.org demands just that -- that Affleck, who will play the role of Batman in the upcoming sequel to the Superman film "Man of Steel," be stripped of his cape before he even gets to put it on.

The White House's petition system (you know, the one that entertains ideas like making R. Kelly songs the national anthem) also fielded a request to make it illegal for Affleck to star as Batman, but that one was taken down as it was in violation of the White House petition system's terms of use.

At the time of this writing, the Change.org petition had just reached its 10,000 signature goal (and then nothing happened, obviously). Here's the justification provided:

His acting skill is not even close to being believable as Bruce Wayne and he won't do the role justice. He's not built, nor is he intimidating enough for the role of Batman. His portrayal of Daredevil was atrocious and he's not remotely close to an action star. Please find someone else.

People of the world: nearly 10,000 people have taken time out of their day to give voice to the idea that an Academy Award-winning filmmaker can't offer a "believable" take on a comic book character who flies around, toils in an underground lair and engages in an especially fantastic brand of vigilantism.

The best part about the petition is undoubtedly its claim that he's "not built enough." Christian Bale played Batman last. Here's a photo of Christian Bale: 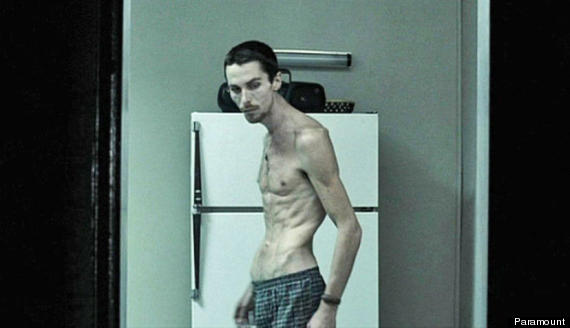 Not very intimidating, right? That's because he was acting in a movie that didn't require him to be intimidating. Also, the Twitterverse has been especially fond of nothing that Affleck has a Boston accent, as though that should disqualify him for playing the most famous resident of the fictional city of Gotham. Bale is British, and speaks with a British accent.

But sure, petition ahead. Nothing more important going on in the world, right?