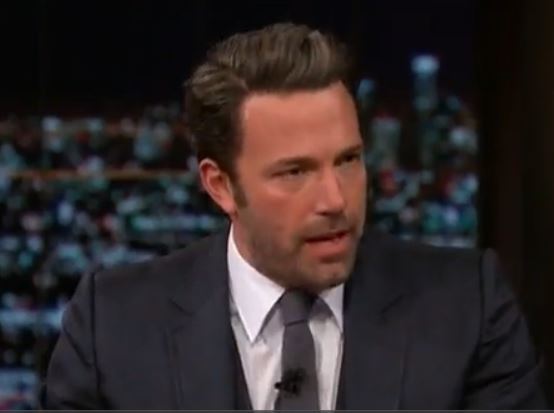 I know a little about racism, racial profiling and stereotyping.

First of all, I grew up Black in America. We don't have to go there. We've been living there for weeks, since the Ferguson debacle.

The twist in my story is that I also grew up hearing racist comments about other people from some of my own relatives who should've known better, given that first thing I just told you.

But I heard astoundingly repugnant things constantly. Jews were cheap. "Chinamen" were smart but also cheap. Mexicans and Puerto Ricans had hair triggers and would "cut you in a minute." Though Mexicans were sort of lazy so you could get away before they cut you.

White people... well... they were just hateful. Up North, they might smile and shuck and jive with you at work or in public, but when they got home they would say awful things about and laugh at you. Down South, they didn't have to do all that shucking and jiving. If you crossed one, they would just string your black ass up and that was that.

Oh -- and they smelled like dogs when they got wet.

I wish I was kidding. I'm deeply ashamed that I'm not. So were my parents, who shot them hot stares when they talked like that in front of us kids. Usually to no avail.

Now, nothing Bill Maher said about Islam on his October 3rd show is anywhere near as ignorant as that stuff. But a lot of what he said was almost as dangerous. And a lot more patronizing.

As most of us know by now, Bill Maher is an atheist. A dedicated atheist whose zeal matches or even rivals that of the religious "nut jobs" he decries on a weekly basis. Anyone who argues is just wrong. And he has the "facts" to prove it. Especially about Muslims -- he's got scads of polls and surveys about them.

He cites those facts with absolute certainty -- how many Muslims those the polls and surveys he cites actually represent... well... that's irrelevant. To him, anyway.

Bottom line: If you are Muslim you believe in certain things he finds abhorrent. You just do. No exceptions.

Which is like saying if you're a Christian you believe women who commit adultery should be stoned to death and... all that other stuff in the Bible that makes even some of the most devout Christians wince.

Does the Christian Right sometimes employ a few of those cringe-worthy passages to make their points? Yup. Does that make all Christians only a stone's throw away from the Westboro Baptist Church brand of "old time religion?" Nope.

On October 3rd, Ben Affleck finally said what a lot of us have been hoping someone would say loud and angry enough to make Maher listen. I even thought I saw a somewhat chastened look on Maher's usually smug mug.

And I danced. Literally got up and did a happy dance in front of the sofa.

Not because I'm a devout Christian or Muslim or anything else. In fact, spiritually I agree with his guest, author Sam Harris -- who actually helped start this battle -- in many ways.

I'm one of those "spiritual not religious" people you hear about so often lately -- Harris' new book is about that. Not the New Agey kind of spiritual he and Maher also made fun of -- this guy doesn't know when to stop, I swear. Just the kind Harris talks about in his book.

Which I will not help him sell by posting a link to as I normally would. I may still buy it. But it'll be a tough read, after that Maher moment.

And instead of talking about it any further, I'm going to post the conversation below. Followed by an even more brilliant exchange between Iranian writer-scholar Reza Aslan and two CNN anchors who look and sound so woefully thick by comparison that it's almost painful to watch.

But you should watch. He makes some points about Maher's ideas that Affleck didn't get to. Important ones.

And each time he makes a point, the follow up questions prove neither anchor really heard, or understood, a thing he just said. And yet, Aslan never gives up. Bless him.

Affleck didn't either. I give big giant kudos to both. And here are those clips: