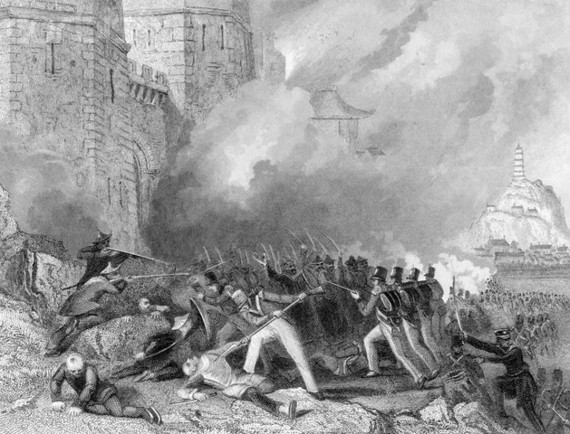 Actor Ben Affleck, recently the subject of the PBS series Searching For Your Roots, a direct copy, by the way of the BBC series Who Do You Think You Are, found out that his ancestors were once slave-holders.

This proved particularly embarrassing for Mr. Affleck, particularly, I suppose, because the host of Searching for your Roots, Henry Louis Gates traces his ancestors to the other end of the 'property ladder', so to speak.

Hacks of the SONY emails, (and endless source of enlightenment into the entertainment industry) revealed that Mr. Affleck had brought "pressure" on PBS to elide this rather unpleasant aspect of Mr. Affleck's family past.

It's important to remember that this isn't a news program. Finding Your Roots is a show where you voluntarily provide a great deal of information about your family, making you quite vulnerable. The assumption is that they will never be dishonest but they will respect your willingness to participate and not look to include things you think would embarrass your family.

Well, when we watch PBS, indeed when we watch anything on TV, is there any expectation that any of it will be true? I suppose not. Like they say in Hollywood, "That's Entertainment."

One can hardly blame Mr. Affleck. Live by the media, die by the media, I suppose. It used to be, however, that it was fairly easy for major figures to control the media and what it said about them. The players were few in number, and they all knew one another. But now, with the Internet (and the help from time to time of the North Koreans, apparently), it is becoming increasingly more difficult to mask the past -- or anything unsavory in general.

This is true with respect to police brutality and the sudden ubiquity of video equipped phones wherever you turn.

I was, for example, astonished to learn that President Franklin Delano Roosevelt's family fortune was alledgedly based on illegal drug dealing. Who knew?

Well, one person who knew was FDR's biographer, Geoffrey Ward, who refused to elide it from his official biography of the president, despite pressure from the Delano family. (I suppose they didn't have the chops that Ben Affleck has.) Of course, this is in a book, and who reads books? But yes, Warren Delano, grandfather of FDR, reportedly went to China in 1823 and became a major player in the then (and still!) illegal opium smuggling and trade. Made a fortune. Came back to America an extremely rich man. For shame, Mr. Delano. How many Chinese lives ruined? The Pablo Escobar of Asia!

I suppose, had there been an Internet in 1932, FDR might not have been elected president.

Would this have been a good thing?

Probably not, as things turned out.

As the information tidal wave sweeps over us, we have to all start thinking about the consequences.