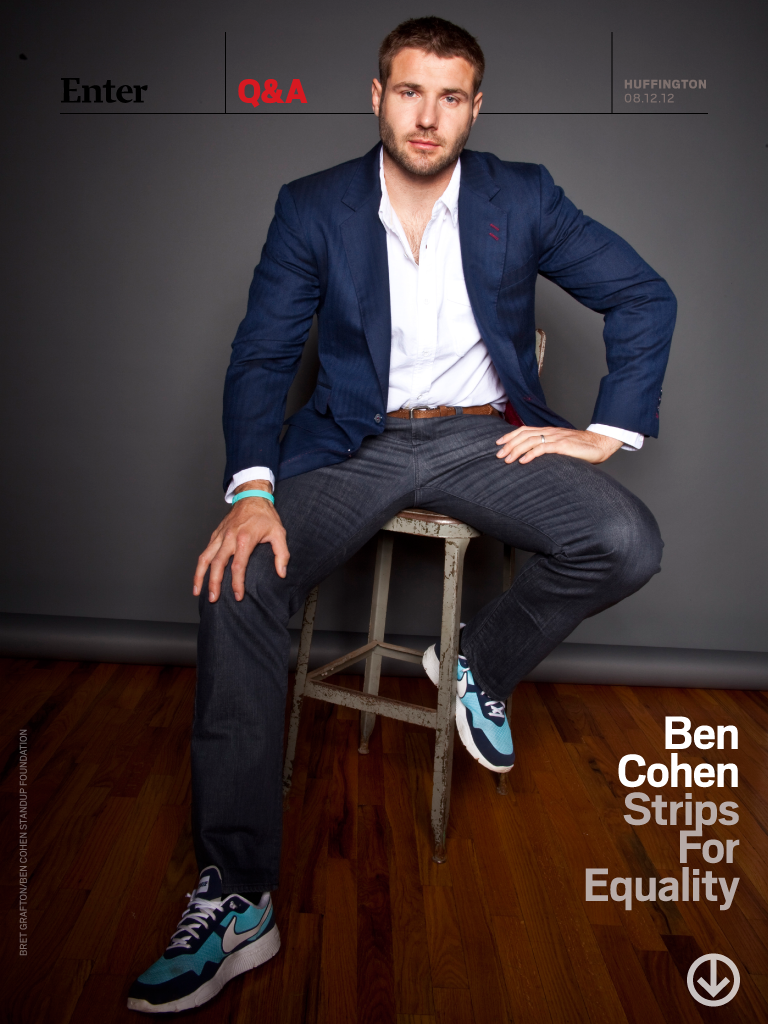 Ben Cohen may be one of the highest-scoring players in British Union rugby history, but to his legions of gay fans, he’s best known for taking off his shirt. The 33-year-old athlete, who is straight and married with twin daughters, most recently stripped down for a new underwear line, proceeds from which benefit the Ben Cohen StandUp Foundation. But Cohen hopes that fans will listen as closely as they’re looking: in 2011, he retired from professional sports to launch the foundation, which is focused on combating homophobia and bullying among lesbian, gay, bisexual and transgender (LGBT) youth. Cohen spoke with Huffington about his foundation’s goals, his gay icon status and, of course, those sinewy underwear ads.

As an athlete and public figure, you can choose to support any number of worthy causes. Why is combating homophobia and anti-gay bullying so important to you?

It’s about being a champion on the field and off the field, and that’s where a lot of sportsmen really let themselves down. We want to be on the right side of history with the efforts for equality and respect for all. What I’d experienced in my family [after the death of his father, who was beaten trying to break up a bar fight] was really devastating. Our pain and our suffering came from the hands of other people, and a lot of the pain my gay fans were expressing on my Facebook page was similar to what we’d experienced. Bullying was no different.

Have you ever been the victim of bullying?

I’ve never been bullied myself, but I’ve always stood up for those who’ve been bullied. As a family, we’re very much about, “If someone’s nice to you, you’d better be nice back.” That’s how I was brought up, that was my family’s core value.

What is it about the Ben Cohen StandUp Foundation that makes it unique?

Well, we were the world’s first and always will be. For us, it was important to lead. It’s all about getting efforts coordinated to create a cultural change and affect that next generation. Where homophobia is now is a lot different than it was 20 years ago, and with the power of social media, we think we can drive that [change] a lot quicker. It’s about education.

Given that you’re a heterosexual, married father of two, how do you view your status as both a gay icon and sex symbol?

I don’t really see it...“icon” is a big word. If men find me attractive, that’s fair enough. I’m very comfortable in my sexuality, and I’m honored and flattered by it—it’s lovely to hear. I wanted to [transfer the energy] of guys finding me attractive and following me on Facebook to combating homophobia and bullying, and educating people along the way. It’s good to see we’ve converted that following for a good purpose. Whether or not I’ve saved someone’s life, I don’t know. But I like to think that I’ve helped.

A cynic might suggest that posing shirtless for a calendar and modeling for an underwear line might cloud your foundation’s aim. How do you feel that incorporating sex appeal furthers the cause?

You have to get people’s attention, and also get people to listen, and that’s what we’re doing. It’s important to remember that a lot of my fan base wasn’t here for a specific cause when we started. The pictures are all fun and they’re harmless. There’s nothing that I do that I wouldn’t show my kids. Everyone needs underwear, so why not attach it to a good cause?

How would you react if one of your daughters told you she was gay?

As a parent, I couldn’t care less if my child was gay or not, ultimately. If you raise a child who is educated, well-mannered and ultimately happy, then you’ve done a fantastic job.

If there’s one message that you hope you and your foundation will be most remembered for, what would that be?

Just that together we can build a kinder, more loving world. That’s what we all want, after all. We all want to be living in a kinder place, knowing that our children are going to be safe and free from bullying when they go to school. No one should have to tolerate that, no matter what your sexual orientation, the color of your skin, your size or the color of your hair is. 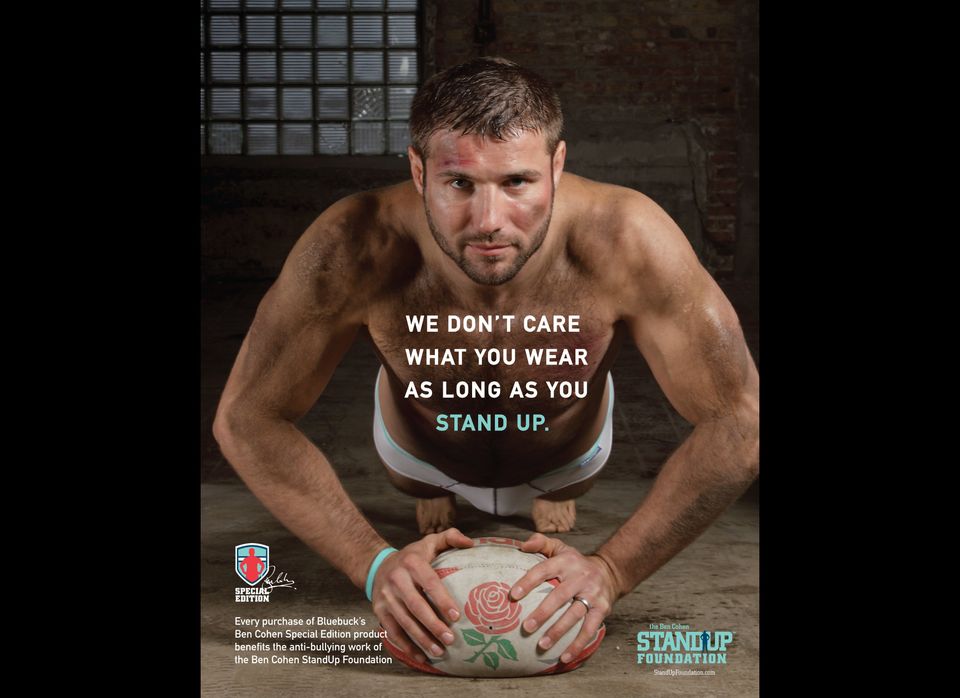