Benjamin Franklin, the first American Ambassador to France, was both a statesman and a scientist. On September 3, 1783 he co-signed the Treaty of Paris at the Hotel d'York, in which the British acknowledged the American Colonies to be free and independent States, ending the American Revolution.

Franklin's political eye was focused, but his scientific eye was attentive too. All was not well in the French countryside, where one of the worst environmental calamities of modern history was just beginning to unfold. That summer was the hottest on record, and a mysterious "dry fog" had settled across Europe. The combination of heat and air pollution was too much for the weak and elderly. Mortality spiked among farm workers and laborers across the continent. 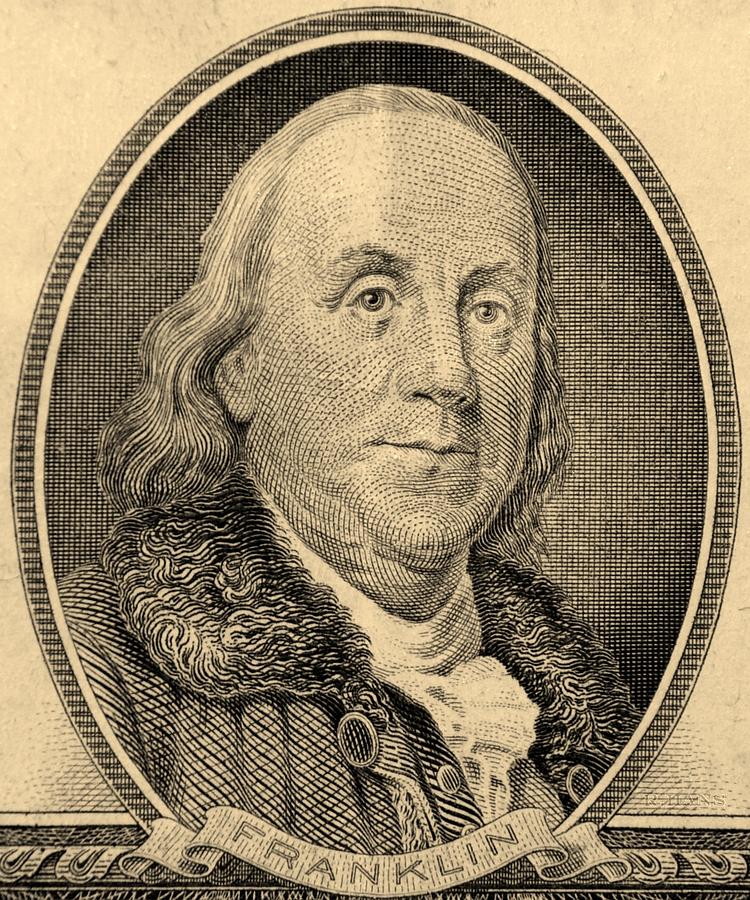 According to British naturalist Gilbert White, "the sun, at noon, looked as blank as a clouded moon." When rising and setting, it was "particularly lurid and blood-coloured." The heat was so intense that meat went bad the day after it was butchered, and swarms of flies made life miserable.

The seeds of climate science in America were very possibly being planted as Franklin observed the changes 200+ years ago. Conditions went from bad to worse as Europe and North America were plunged into a deep freeze that winter. In its first peacetime year as an independent nation, the United States had to contend with more extreme weather than the colonies had ever experienced. New England suffered a record below-zero weather streak. The Mississippi River froze as far south as New Orleans. Ice appeared in the Gulf of Mexico.

Other parts of the world were also in trouble. Monsoons in Africa and India were extremely weak, and rain barely moistened the African Sahel. Agriculture collapsed in the Nile Valley leading to mass starvation. Volney, the French historian, wrote, "Soon after the end of November [1784], the famine carried off, at Cairo, nearly as many as the plague; the streets, which before were full of beggars, now afforded not a single one: all had perished or deserted the city." Within a year, Egypt had lost a sixth of its population.

Franklin watched this extreme weather with great interest and concern. In December, 1784, he presented his ideas in a paper entitled "Meteorological Imaginations and Conjectures." He described the dry fog, even though he was uncertain of its source, "During several of the summer months of the year 1783, when the effect of the sun's rays to heat the earth in these northern regions should have been greatest, there existed a constant fog over all Europe, and great part of North America." He observed the effect the fog had on the sun's rays: "They were indeed rendered so faint in passing through it, that when collected in the focus of a burning glass, they would scarce kindle brown paper. Of course, their summer effect in heating the earth was exceedingly diminished."

He drew some important conclusions: "Hence the surface was early frozen. Hence the first snows remained on it unmelted, and received continual additions. Hence the air was more chilled, and the winds more severely cold. Hence perhaps the winter of 1783-4 was more severe, than any that had happened for many years." Franklin was arguably the first American scientist to recognize the sensitivity of climate to changes in radiative forcing, and to propose that the Earth can respond in a way that reinforces the change (now known as ice-albedo feedback).

Franklin speculated about the source of the fog. Maybe it was smoke "proceeding from the consumption by fire of some of those great burning balls or globes which we happen to meet with in our rapid course round the sun" or "long continuing to issue during the summer from Hecla in Iceland, and that other volcano which arose out of the sea near that island." He admitted that the source of the smoke, which "might be spread by various winds, over the northern part of the world," was yet uncertain.

Despite the uncertainty, Franklin saw the potential to apply this science to issues of security. "It seems however worth the enquiry, whether other hard winters, recorded in history, were preceded by similar permanent and widely extended summer fogs. Because, if found to be so, men might from such fogs conjecture the probability of succeeding hard winter, and of the damage to be expected by the breaking up of frozen rivers in the spring; and take such measures as are possible and practicable, to themselves and [their] effects from the mischiefs that attended the last."

Franklin's logic is clear. Changes in the atmosphere's radiative properties can affect weather and climate. The response of the Earth can amplify those changes. This can lead to problems, even if the details of the causes are uncertain. Resources should be spent on research to understand and predict changes to anticipate and avoid negative consequences to the extent we are able.

As it turns out, one of Franklin's guesses about the source of the fog was right. It wasn't a meteor, but an Icelandic volcano. On June 8th, three months before he was to sign the Treaty of Paris, a series of explosions unknown to most of the world had opened a fissure along the Laki crater, beginning the largest terrestrial eruption of the last millennium, and spewing dust, ash, and sulfuric acid into the air for many months.

Recent computer models have shown that the Laki eruption cooled the northern hemisphere's land masses by about 2° to 6° F. This led to the extreme harsh winter, diminished the land-sea temperature contrast, weakened the Asian and African monsoons, and reduced water and food supplies in the most vulnerable parts of the world.

Just as Franklin understood, many present-day policymakers recognize that science should inform policy--even in the face of uncertainty. Franklin didn't know whether the climate catastrophe of 1783-1784 was ultimately caused by a meteor or a volcano, but he had enough information to suggest that harsh winters follow dry fogs. He reasoned that climate change is real, that it is a potential threat, and that measures should be taken to mitigate the associated "mischiefs."

Climate science has made enormous progress since 1783. Politicians who ignore the science and delay action on global warming are putting our nation's security at risk. Franklin famously said, "An ounce of prevention is worth a pound of cure." A strong US research program in climate science--and leaders who take climate change as seriously as Benjamin Franklin did--is consistent with that advice.