Ben & Jerry's really should take note of this ice cream mock-up created by Jon DeFreest for Vulture. With America rekindling its romance with "Arrested Development" after the announcement of a short season and movie, along with Ben & Jerry's naming their Schweddy Balls flavor after another comedy double entendre, there's really no reason not to honor everyone's favorite analrapist Tobias Funke with his own flavor.

Of course, regular viewers of "Arrested Development" remember Tobias' classic line in which he expressed regret for painting himself head to toe to prepare for a Blue Man Group audition. What other "Arrested Development" themed flavors should the Vermonters whip up? There's Always Money In The Banana Stand? Skip's Scramble? Hot Ham Water? 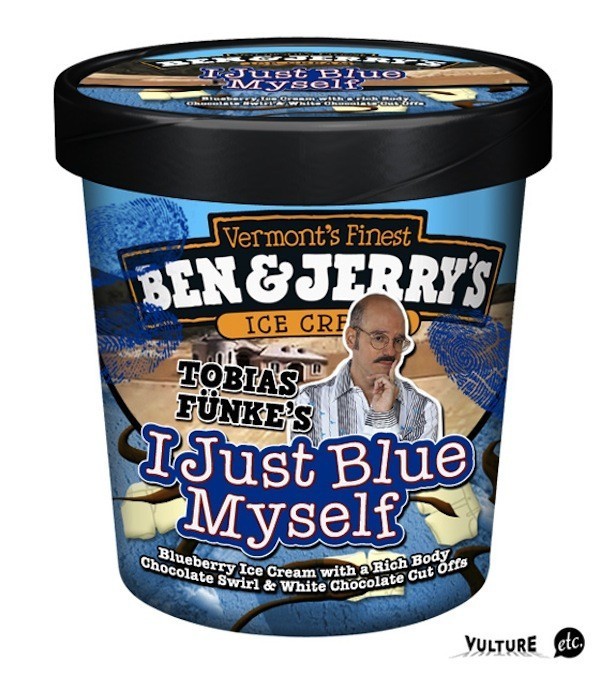