"That means: 'This seemed like a better idea in rehearsal,'" he said. "It was between this and the Nazi uniform but the show seemed a little Hitler-heavy... "

Sacha Baron Cohen was originally slated to do the spoof but backed out to avoid hurting Cameron's feelings. 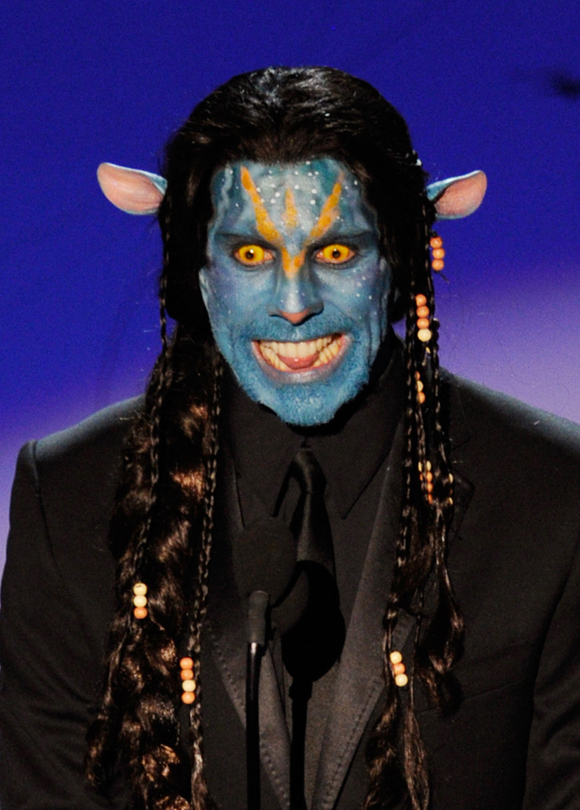