Bend, Not Break: A Life in Two Worlds, the memoir I wrote with and about Geomagic CEO Ping Fu, hit bookstores and e-readers on December 31, 2012. The Western press had an overwhelmingly positive response to this remarkable tale of Ping's journey from China to America, from nobody to somebody, and from immigrant with almost no money or knowledge of English to executive at the top of the American tech world. We received excellent reviews from the Wall Street Journal, Newsweek/Daily Beast editor Tina Brown on NPR Morning Edition, Sir Harold Evans of Reuters, Oprah.com, and many others. This week, we earned a #24 spot on the extended New York Times list of hardcover nonfiction best sellers. 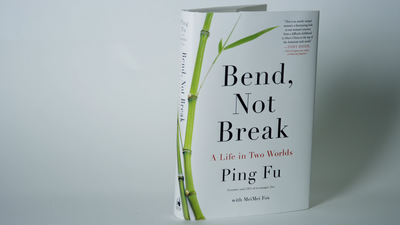 I am a huge fan of Ping Fu. During the year-plus that I worked by her side to write Bend, Not Break, she consistently proved herself to be an embodiment of the values she espouses in the book: compassion, generosity, humility, optimism, courage, and strength. She is my hero. I sincerely hope that others will benefit, as I have, from the authenticity, vulnerability, and wisdom she shares in the pages of her memoir. 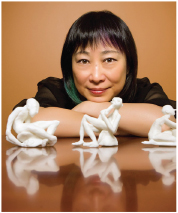 Unfortunately, in the last week, Ping Fu and I, our book, and even members of my family have come under attack from a coordinated smear campaign. It began when an influential Mainland Chinese blogger challenged a few editorial errors in Western press coverage of the book, based mostly on words lost in translation. These have since been corrected.

This past Friday, Ping published a Huffington Post blog responding to these criticisms. She explained some of the misinterpretations and corrected confusions about her story with love, compassion, and understanding. She also posted a blog with her heartfelt emotional response to the attacks, in which she expressed her understanding that everyone's life is different and all experiences are valid. Nevertheless, over the course of the next few days, literally thousands of comments slamming the book and denying Ping's story were posted to Amazon, as well as on Barnes and Noble, every positive review and news article about the book, Ping's Wikipedia page, and elsewhere on the web.

The Daily Beast published an article on the smear campaign yesterday stating:

The Amazon attack bears elements of the type of Internet bullying -- known by the ominous phrase 'human flesh search' -- that is increasingly common among Chinese bloggers... While the human flesh search phenomenon has helped expose injustice, it also has been trained on individuals to humiliate them publicly or to punish those who do not align with a strongly nationalist viewpoint. Indeed, recent hacking attacks on prominent American media outlets seem to have been aimed at publications deemed critical of China's leaders.

Ping and I believe that these irrational, angry, and personal attacks are not constructive. We stand on positive ground, with the support of people who know us and of reporters, reviewers, and bloggers who have actually read the book. Appropriately, the situation calls to mind this quote from Bend, Not Break -- words spoken to a young Ping Fu by her adoptive father.

Bamboo is flexible, bending with the wind but never breaking, capable of adapting to any circumstance. It suggests resilience, meaning that we have the ability to bounce back even from the most difficult times... Your ability to thrive depends, in the end, on your attitude to your life circumstances. Take everything in stride with grace, putting forth energy when it is needed, yet always staying calm inwardly.

As grotesquely inappropriate attacks have come in questioning the credentials of my sister-in-law, a China scholar who wrote a sincere review of the book, and lashing out against me as a blogger and human being, I remind myself to put into practice my spiritual work of the past decade -- being non-reactive, expansive, and generous in the face of adversity. The response I strive to have to those attackers who, driven by fear, are harnessing hatred and anger to tear down Ping Fu's inspirational story and my hard work, is to send them compassion. "Fear less, love more," I keep telling myself, reciting my personal mantra.

As executive coach Katia Verresen put it so eloquently in a supportive note to me, "The more bloggers and others react, the more you can see the powerful impact of your book. Bravo to you and Ping Fu. In the words of Winston Churchill 'You have enemies? Good. That means you've stood up for something in your life.'"

I know that standing for Ping Fu and our book, and even posting this blog, will make me the target of further abuse. I stand up for them nevertheless, and for the inspiration they offer. Bend, Not Break is a story of triumph over adversity and the American dream. It can provide guidance and hope to anyone who feels downtrodden, hopeless, and out of options; anyone struggling as an immigrant, entrepreneur, or working mother; anyone who is simply in need of a positive role model. This is why Ping wrote the book, and this is why I wanted to help her share her life lessons -- with only love in our hearts.