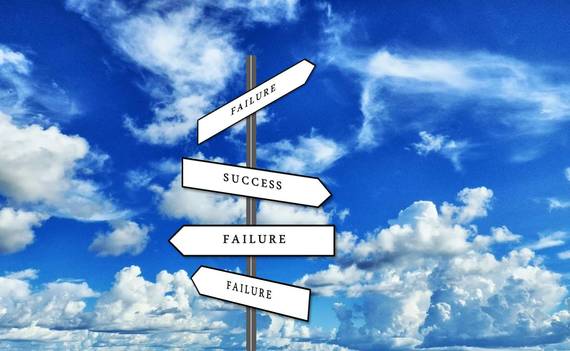 Three out of four startups fail. That is a statistic that should make every inspiring entrepreneur pause. Whether it is due to poor management, unfavorable macroeconomics, or simply bad luck, the reasons for failure span across a wide spectrum. However, rather than asking why startups fail, let's take a look at why some startups succeed. After all, don't we always wish there's a silver lining somewhere?

Though by no means extensive, here are three key takeaways from this past weekend's Cyberposium technology conference at Harvard Business School:

Bend the rules of the game. Just because someone says something, it doesn't mean it's written in stone. Even if it is written in stone, take a chisel and re-write it. Cash-strapped startups have to be able to "hustle," said Bill Clerico, CEO and Co-Founder of WePay. When Clerico and his co-founder were seeking to purchase the WePay domain from its previous owner, they were given the price equivalent to two-thirds of their seed capital. Deeply attached to the domain, the co-founders met their seller at a coffee shop, where they gave him the bad news -- half the price, take it or leave it. The seller left the coffee shop, but returned after a short phone call, and the deal was done.

Shift your mindset. Successful startups are able to take limited resources and apply their ingenuity to create real value (e.g., viz. product innovations or product awareness). This means not just thinking outside the box, but actually getting rid of the box altogether. By "being scrappy, being thoughtful and being creative," WePay managed to generate buzz and press attention for only three hundred dollars. WePay's established competitor, PayPal, had been receiving negative press regarding its freezing of user's accounts. In turn, Clerico and his team froze three hundred dollars inside a 600 pound block of ice and dropped it off in front of PayPal's annual development conference, with the words "PayPal Freezes Your Accounts" frozen inside. Within hours, WePay was on the front page of TechCrunch, its weekly traffic went up 300 percent, and signups boosted by 225 percent.

Fail fast and fail often. In the startup world, there's nothing better than to fail fast and to fail often through rapid prototyping. "Prototyping rapidly is important for learning," said Andrew Chang, Co-Founder of Lumoback. Rather than wait for the perfect product, Chang and his team tested out different forms of their wearable technologies -- from stickers to clips to belts -- before finally landing on a suitable form. The same process has often been cited as one of the key reasons for the success of design firm IDEO (designer of Apple's first mouse and the Palm V PDA). Not only does it help to eliminate bad ideas faster, rapid prototyping also ensures that everyone on the team is picturing the same thing. The key is to remember that prototypes don't have to be expensive or perfect; they just have to be roughly right (e.g., using play dough to show what the form factor for a new device would be).

The entrepreneurship fever isn't dying down. With an increasing number of startups competing for the same pool of resources, those that can adapt and flex will survive, while those that continue to rely on traditional models of thinking will likely fail. Which camp are you in?