There are at least two ways to revitalize a broken brand image: redesign the product or redesign people's expectations around the experience of consuming the brand. Guess which path Apple will choose!

Botox "gives you a frozen face", Olestra "causes diarrhea", Coke "causes cancer", Starbucks "is a capitalist monster." Many brands suffer from so-called doppelgänger brand images - negative images and meanings about a brand that circulate in popular culture and that compete with the brand owner's intended image.

Now it's Apple's turn with Bendgate - the newly discovered flaw that the iPhone 6 can bend. Apple may offer a new phone to affected consumers or change the phone's design in the next round. For now, based on historical experience (e.g., Antennagate), it will use emotional branding tactics to redesign culture, consumer expectations - in short - the entire iPhone 6 experience. To pursue this goal, Apple (and Apple fans) will argue that...

One popular brand image revitalization tactic is to move the problem away from the specific product to the entire category. Saying that bending is a key feature of all phones - be they LG, Blackberry, Samsung or Apple - and thus shifting the frame from the specific to the general will de-emphasize the problem for Apple and make bending phones like empty printer cartridges or expired yogurt - a fact of life.

2. Don't you know anything about physics? (Authorization)

A second brand image revitalization tactic often encountered during doppelganger brand image crisis is authorization - bringing in the power of science and experts in to "normalize" a particular behavior of an object such as an antenna or a piece of aluminum. Through this move, critics will come across as Luddites who have slept through their physics lecture whereas iPhone users have done their science homework. 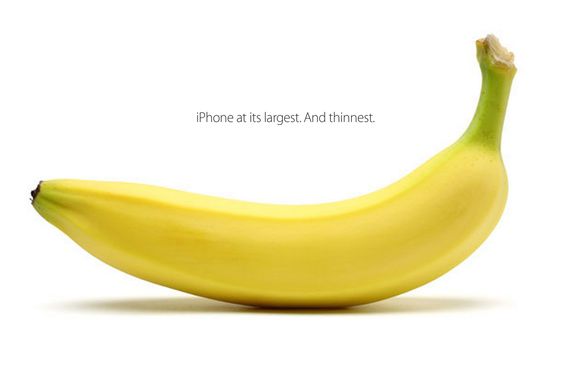 3. Have a look at our people! (Humanization)

A related tactic to downplay a doppelganger brand image is humanization - here presenting Apple's iPhone development team. Showing how the people develop the product humanizes the production process - it shows personal dedication and care and, thus, reframes Bendgate as an unfair caricature of passionate and hardworking people who sacrifice time with their families for the greater good.

Fourth, a bending phone is never the result of faulty R&D. Rather, it just happens as a result of improper handling. Here Apple will shift responsibility from the material level or development process to the individual consumer. Apple may take the stage very soon or post videos that demonstrate how phones ought to be handled or held properly - and how not to. Consequently, whoever has a bent phone is rendered incompetent or hasn't simply followed the rules.

Lucky for Apple, Bendgate has already been associated with tight pants. So, on the same note of shifting societal expectations rather than changing the product itself, Apple may likely de-emphasize Bendgate by associating it with consumer vanity or lack of sense of fashion. Tight pants say more about bad consumer taste than about the quality of the iPhone.

Lastly, Apple may take the wind out of Bendgate's sails by claiming that only a very small number of consumers have actually complained about their iPhone being bent, thereby reducing the brand image crisis to a creation of unfair competitors or sensationalist bloggers.

Well, they actually just did.