Actor Benedict Cumberbatch is getting the sweetest sort of tribute: being turned into a chocolate Easter bunny.

Jen Lindsey-Clark, a chocolatier in the English resort town of Brighton, has created a new product called the "Cumberbunny" that features the British actor's face with rabbit ears and a bunny's body. Lindsey-Clark's website describes the Cumberbunny as "a delicious Belgian chocolate rabbit with a handsome face and a tasty bottom."

The dark chocolate Cumberbunny sells for $70.84, and the white chocolate version is a hare-raising $99. The white rabbit comes with an edible 22-carat gold bow tie.

The cheeky chocolatier has been sweet on Cumberbatch for a while. Last year, she built a life-size chocolate sculpture of the actor.

Lindsey-Clark said she doesn't plan to send a Cumberbunny to Cumberbatch.

"I’m planning to send one over to his mum, but not him," she said, according to the Metro. "He might think it’s weird eating his own face." 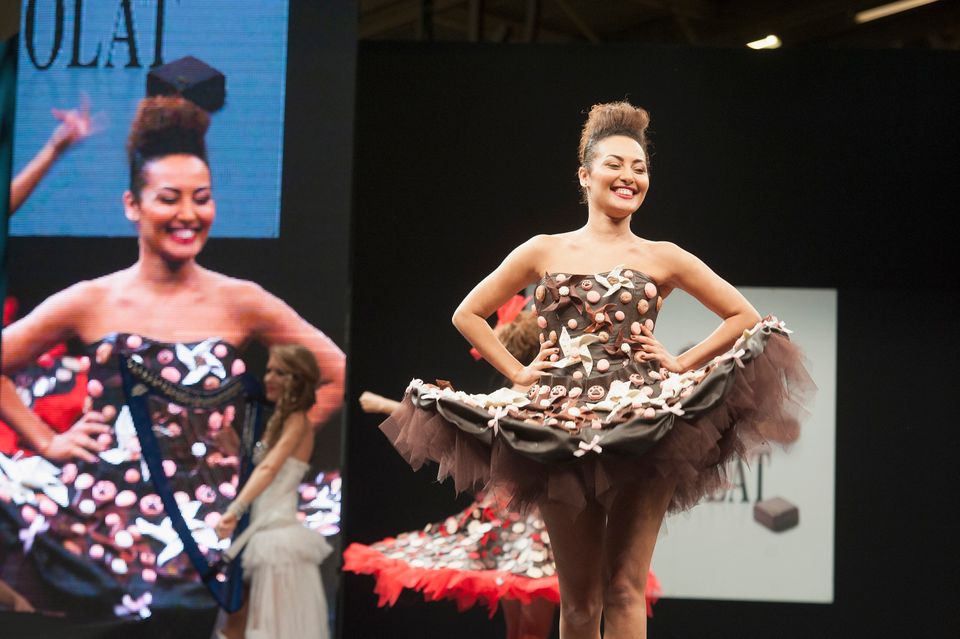