Cumberbatch, who plays the titular character in BBC's contemporary "Sherlock," told ShortList that "Elementary" star Jonny Lee Miller did approach him about the show, but he's "cynical" about the project.

"I got hold of the pilot script just to check it out," Cumberbatch said. "I don’t know, we’ll see. I think there’s room for us both to coexist. I don’t feel threatened by it and I wish him the best, which is as diplomatic as I can be."

UPDATE: Cumberbatch told The Hollywood Reporter he was misquoted. "I am both bemused and upset at this misquote. I never said that Johnny took the job for the paycheck nor did I ask him not to do it. What I said is I would have preferred not to be in the situation where we will again be compared because we are friends. I know for a fact his motivations were to do with the quality of the script and the challenges of this exceptional role." Click over to THR to read Cumberbatch's full statement.

In "Elementary," Sherlock Holmes is a recovering addict living in modern day New York City. Dr. Joan Watson, his sober companion played by Lucy Liu, accompanies him as he consults for the NYPD. Martin Freeman plays Watson in the BBC version.

"I did say, 'Well, I'd prefer you didn’t do it but you've got a kid to feed, a nice house in LA and a wife to keep in good clothes,'" Cumberbatch said. "When you get used to a certain standard of living and they waft a pay check at you, what are you going to do? I think Jonny was like, 'Mate, I’ve got the f---ing mountain to climb here [to reach the acclaim of 'Sherlock'], you've got nothing to fear.' I wish him the best of luck, but I’m a bit cynical about why they've chosen to do it and why they cast him."

In July 2012, Miller told members of the press at the Television Critics Association Summer Press tour that he did approach Cumberbatch. "I wanted to reassure him about how different this script was," he said. "Benedict's been very, very supportive." 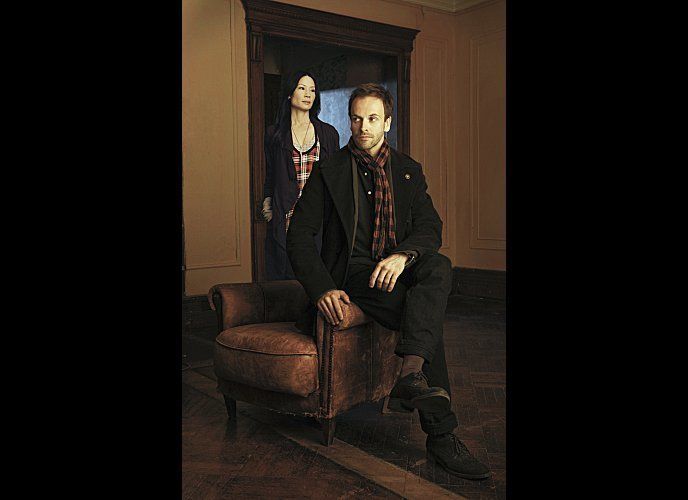