From the 2,400-mile Sierra Cascades route to the colorful RAGBRAI across Iowa -- complete with party buses and the occasional costume -- it's safe to say that long-distance cyclists lead extreme lifestyles. But as it turns out, logging miles upon miles on two wheels is also a fast track to health. Whether you pedal regularly or haven't been behind the handlebars since your ride had training wheels, we could all learn a thing or two from cyclists.

Here's what cyclists can teach the rest of us about leading a happier, healthier life.

Cyclists are in really good shape. 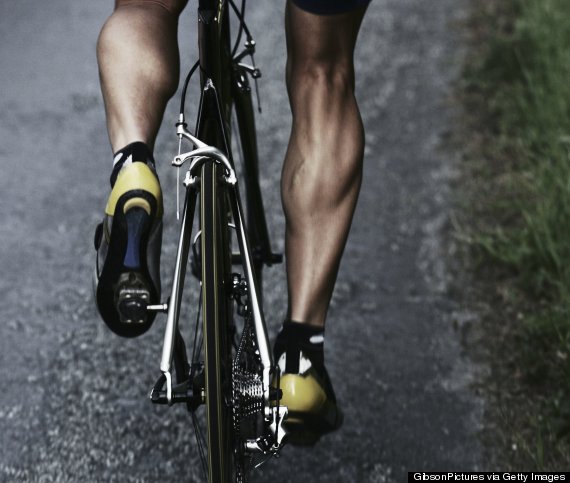 It should come as no surprise that a dedicated cyclist is bound to be one of the fittest people around. Just one hour on the bike burns well over 500 calories, depending on incline and how quickly you're pedaling. It's an excellent way to get your heart rate up that can actually help slow the decline of cardiovascular health in older people, according to a 2013 study. In addition to helping your heart, biking uses a range of muscles, including your quadriceps, hamstrings, calves and even your core. Plus, cycling doesn't put the strain on your joints that running or other forms of cardio may, making it a welcome source of low-impact exercise.

They have ample amounts of energy.
You'd think climbing all those hills would be draining, but as it turns out, cyclists may actually have more energy than non-cyclists. In a 2008 study, researchers found six weeks of both low- and moderate-intensity biking slashed those feelings of fatigue and upped energy levels.

They've got swagger.
Almost one quarter of people said they'd prefer to go on a date with a cyclist over any other type of athlete, according to the British Heart Foundation. And if the cyclist rides for charity? Even better. Eighty percent of the participants said they would be impressed by such a feat. 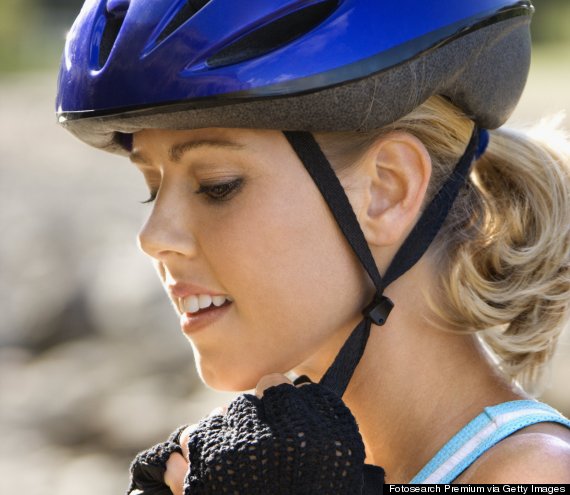 Long-distance cyclists push physical and mental limits. They power through the beating sun, howling wind and occasional rainstorm. But despite the risks they take upon themselves, smart cyclists like to play it safe. While riders face a higher injury rate than drivers, research also shows that the overall health benefits of the added physical activity outweigh the risks of accidents and inhaled air pollution.

That's why when it comes to gear, safety matters most, and helmets are at the top of the list, three-time Tour of California winner and Tour de France podium finisher Levi Leipheimer tells The Huffington Post. "A helmet is by far the most critical [piece of equipment], and all bicycle helmets on the market pass the same safety standards, so, at least in theory, they're all very safe regardless of price,” he says. Despite the CDC's recommendation to always wear a helmet, 58 percent of Americans never do, according to a 2009 Consumer Reports survey. That's pretty scary considering 97 percent of cyclists who have died in traffic accidents were not wearing a helmet. Safety first!

Cyclists know that self-sufficiency pays off.
Forget relying on others: When they're gearing up to pedal long miles, bikepackers often need to travel with everything in tow. “Cyclists need to be more self-sufficient the longer they ride,” Daniel Jessee, outdoor programs and outreach market manager at REI, who keeps a $20 bill stuffed in his saddlebag while he's riding, tells HuffPost.

This type of mindfulness is one that many strive for in everyday life. "The benefits [of being a self-sufficient person] are that you don't depend as much on external things to make you happy," says Steve Taylor, Ph.D, author of psychology book Back to Sanity. He says that self-sufficient people have a stable core of well-being, which means they can rebound more quickly after negative events and don't get so carried away by positive ones. 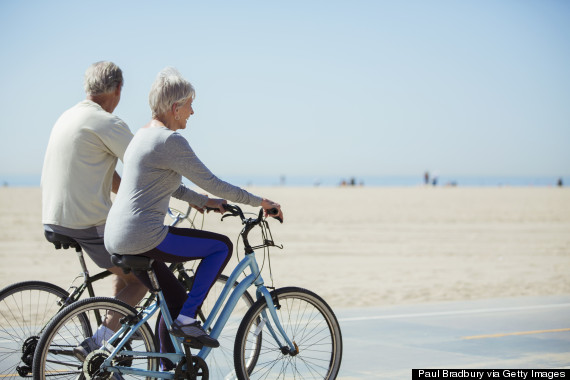 These people should really be wearing helmets.
It could be the exercise or it may be the mindfulness, but despite a handful of variables, research seems to suggest that cycling is associated with a longer lifespan. Cyclists who ride in the Tour de France live an extra eight years, according to research published in the International Journal of Sports Medicine.

But other research shows that it's not simply the act of cycling but the intensity of the exercise that actually leads to a longer life. Pedaling hard enough to be out of breath on a regular basis, as opposed to riding at a pace that allows you to chat, can help women and men live four and five years longer, respectively.

So you're ready to feel the wind in your hair and those pedals under your feet. Luckily, it's easier to start cycling than you may think. We talked to the experts to find the best tips for beginner cyclists:

CORRECTION: An earlier version of this article mentioned the Pacific Crest Trail, which is not open to bikes. The Sierra Cascades route is the modern equivalent.