The image of Benedict kissing Sheikh Ahmed Mohamed El-Tayeb, imam of the renowned al-Azhar Mosque in Cairo, was pulled almost immediately after the Vatican protested.

"We reiterate that the meaning of this campaign is exclusively to combat the culture of hatred in all its forms," a Benetton Group spokesman said in an official statement.

"We are therefore sorry that the use of the image of the pope and the imam has so offended the sentiments of the faithful. In corroboration of our intentions, we have decided, with immediate effect, to withdraw this image from every publication."

The Italian company's "UNHATE" campaign is intended to promote a new foundation dedicated to "the creation of a new culture of tolerance ... building on Benetton's underpinning values."

Like most of the other images in the campaign, the fake photo of Benedict and El-Tayeb depicted two leaders whose relations have lately been marked by tension. In January, al-Azhar suspended interfaith dialogue with the Vatican to protest the pope's call for better protection of Egypt's embattled Christian minority.

Lombardi had called the image an "offense against the sentiments of the faithful" and evidence of how advertising can "violate the elementary rules of respect for persons in order to draw attention through provocation."

Benetton has a long record of using shocking images -- including photographs of death row inmates and a dying AIDS patient -- in its publicity campaigns.

Before the ad was pulled, Lombardi said that the Vatican was "considering the steps to take with the competent authorities to guarantee suitable protection of respect for the figure of the Holy Father."

"The White House has a long-standing policy disapproving of the use of the president's name and likeness for commercial purposes," White House spokesman Eric Schultz said.

(Kevin Eckstrom contributed to this report from Washington.)Bee 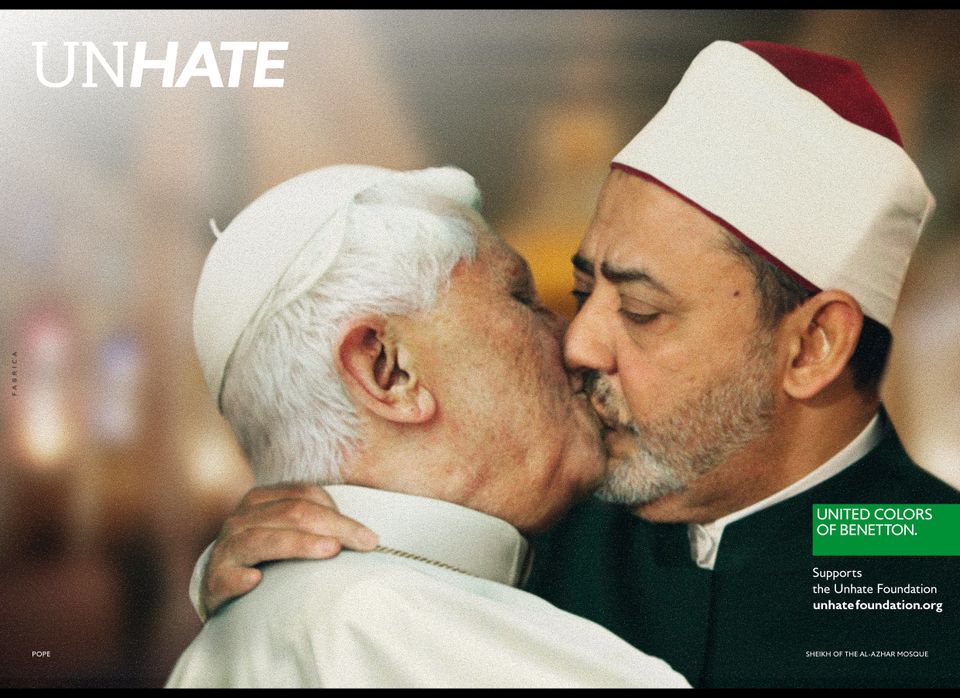