UPDATE: Benetton has withdrawn the ad showing Pope Benedict XVI after the Vatican called it "unacceptable," the Associated Press reports.

There's no doubt that these are the pictures of the day. U.S. President Barack Obama kissing his Venezuelan counterpart Hugo Chavez, Mahmoud Abbas embracing Benjamin Netanyahu, and Germany's Angela Merkel locking lips with Nicolas Sarkozy. Is this bad fan fiction? A new approach to international diplomacy?

The stunning (albeit photoshopped) images are part of a new campaign by the United Colors of Benetton. Alessandro Benetton, executive deputy chairman, who presented the ads in Paris on Wednesday, said they were meant to promote the idea of "unhate," The Times Of India writes. "The images are very strong, but we have to send a strong message. We are not wanting to be disrespectful of the leaders ... we consider them "conception figures" making a statement of brotherhood with a kiss," he reportedly said.

Benetton hopes the campaign will contribute to the creation of a culture of tolerance and combat hatred, the group writes. It plans a series of live actions in which young people will post the images of the smooching world leaders "on the walls of locations symbolic of the desperately-needed peace process: Tel Aviv, New York, Rome, Milan, Paris."

There have already been fierce reactions to the controversial shots. According to the Belgian news channel RTL, President of the Italian Association for Catholic Viewers Luca Borgomeo asked for the immediate withdrawal of the campaign. "Is it possible that RTL can't think of anything better?" he said, according to a HuffPost translation.

"The White House has a longstanding policy disapproving of the use of the president's name and likeness for commercial purposes," White House spokesman Eric Schultz told The Huffington Post.

Benetton is known for its controversial ads, including one of a young nun kissing a priest.

Below, check out these love-bird world leaders and vote for your favorite kiss: 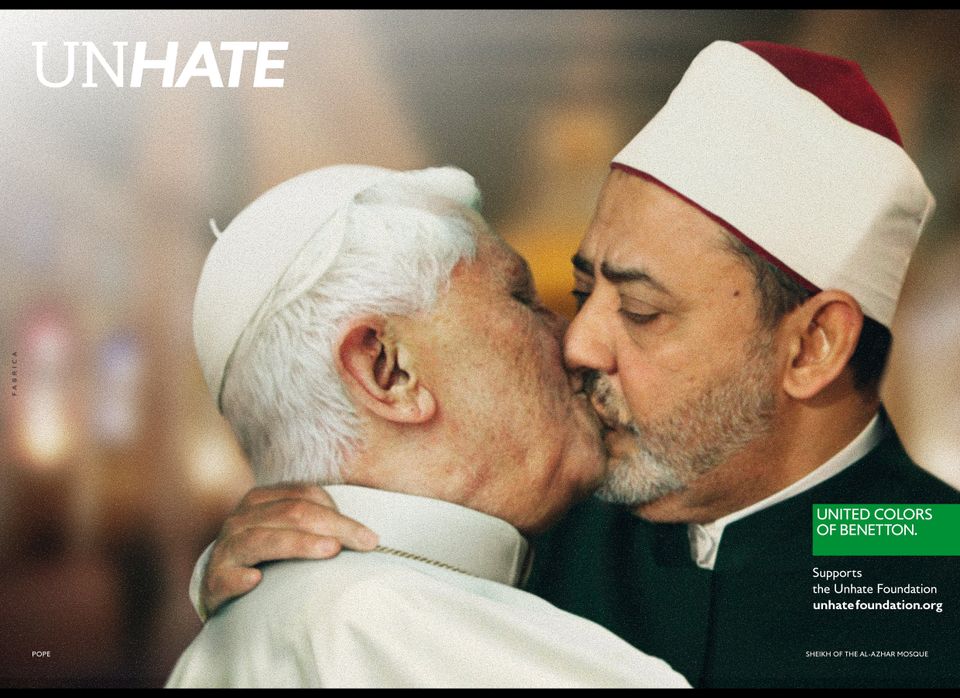