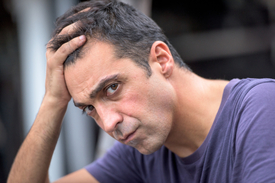 Let's get this out of the way right from the beginning. I don't care about Benghazi. There, I said it. I. Don't. Care.

Now, that's not to say that I don't care about the four American lives lost or about keeping our people safe abroad. About those things, I care deeply. I just don't care about the Congressional investigation which has, by all appearances, replaced Michael Ende's epic childhood fantasy as The NeverEnding Story.

To me, the Benghazi attack has become more than fodder for an ongoing investigation. It has become a cautionary tale for anyone who has ever owned or managed a business.

It doesn't matter whether you're Secretary of State or just supervising secretaries. Things don't always go as planned. There are always screw-ups. Some, you never saw coming. Others are of the face-palm variety. Either way, the right question is: how should you and your organization react to the problem?

Because the thing is, and there's no getting around this, it is almost impossible to make progress in a gotcha culture.

A few years ago, one of my lawyers and I experienced a near miss. There was a small trial coming up and he had put it on my calendar assuming that I would be the one taking it to court. For my part, I knew it was his case and took it as an article of faith that he would see it through to the end.

We were right up against our deadline for trial preparation when we realized our mistake. "Why would you think I would take it," he said? "I put it on your calendar!"

"Everyone puts their deadlines on my calendar," I replied. "They do it just to keep me informed as to what's going on with our clients. I thought you were just keeping me in the loop. You should have told me you wanted me to cover it."

Coming from a military background, he clasped his hands behind his back, stood up straight, looked dead ahead, and said "yes, sir." But that wasn't what I wanted. I didn't care about blame. What I cared about was figuring out how we were going to prevent these issues in the future.

The solution we hit upon was straight out of Star Trek. Whenever the Captain would leave the bridge of the Enterprise, he would say to whomever he put in charge "you have the con." That person would have to reply "I have the con" in order for control to be passed.

My colleague and I didn't do that. We never voiced a transfer and acceptance of responsibility. We resolved to make sure we did in the future and, from that point to this, we never transfer a case in my office without actually using the words -- offered and accepted -- "you have the con."

Looking back, we were only able to have a productive conversation when he realized that I was neither trying to hang him out to dry nor simply out to justify my own actions. I was just trying to find and apply the right lesson.

It's not breaking news to say that we live in a gotcha culture. And nowhere is that culture more on display than in the arena of national politics. We have crafted an environment that is exactly the opposite of constructive. It's the GOP vs. the Democrats or the Obama administration or former Secretary of State Clinton.

What a shame it is that a series of investigations more exhaustive (and expensive) than anything likely ever to be carried out in a business will yield such a small fraction of truly useful information. Sure, some information may be used to take Secretary Clinton down a peg or two or maybe to score political points off of one side or the other, but what are the odds that anything coming out of either side is likely to enable the government to operate better? What are the odds that this process will save lives?

That's where government and business absolutely must part company. Every organization makes mistakes. It doesn't matter whether you're working in a Mom 'n Pop bakery or running the federal government. Unless you create a culture in which people are more concerned with how we get it right than they are with how you got it wrong, failure becomes more than an option.

It becomes a given.