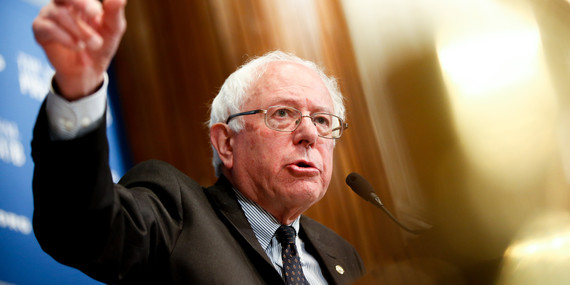 Sadly, many Americans see the "party of stupid" as attacking Hillary Clinton, therefore any scandal associated with the former Secretary of State is simply fabricated, or a witch hunt, or even a surreal witch hunt.

To many Democrats, any condemnation of Hillary Clinton's decision making or judgment is part of a right wing conspiracy. Even investigating the validity of a controversy is met with the phrase, "You sound like a Republican!"

This enables Hillary Clinton to circumvent any controversy, from foreign donors (the Clinton Foundation received millions from foreign governments while Hillary Clinton was Secretary of State) to private servers and emails, simply because some of the people accusing her also believe Obama wants to destroy capitalism.

Because of Republican incompetence in communicating a genuine message (driven by policy objectives, not hyperbole or conspiracy theory) to the American people, many voters simply disregard conservative outrage over Benghazi and other scandals as simply a nasty reality of American politics.

In terms of Benghazi, the GOP is wrong to accuse Hillary Clinton of being directly responsible for the terrorist attack. If such a precedent is set and Clinton is deemed responsible for Benghazi, then Americans should reevaluate Bush's role in presiding over September 11, 2001 and other terrorist attacks against American embassies. I highlight my thoughts in a Huffington Post article earlier this year titled Every Time Conservatives Mention Benghazi in 2015, Liberals Should Remind Them of September 11, 2001.

The basis of the Benghazi accusations against Clinton are political in nature because the attacks were orchestrated by al-Qaeda, not Clinton or any other Obama officials. Similarly, when 19 hijackers orchestrated 9/11, there was indeed negligence on the part of the Bush administration (Bush was warned of the attacks), however nobody has yet grilled Dick Cheney in a Congressional hearing.

On the other hand, it isn't blasphemy for progressives to evaluate Clinton's decision making pertaining to the Benghazi attacks, even if the inept Bush administration failed to prevent similar atrocities.

Like Bush with 9/11, Clinton wasn't directly responsible for Benghazi. However, like Bush, she could be guilty of negligence and incompetence.

If your primary defense is "Bush did the same thing," then you've engaged in a rebuttal that doesn't even work with parents and their small children. Therefore, if you plan on being the next president, Bush's blunders can't be your "get out of jail free" card.

If it's shown, however, that Secretary of State Clinton ignored warnings of prior attacks near Benghazi's American embassy, or that Clinton ignored requests for additional security, then a greater case can be made for Clinton's negligence. Hillary Clinton's actions could have enabled terrorists to breach an embassy that should have been more secure. Then, this could mean that her negligence contributed to the deaths of U.S. Ambassador, J. Christopher Stevens. Tyrone Woods, Sean Smith and Glen Doherty.

Clinton possibly displayed poor judgement before the Benghazi attacks, and this is the real issue, not whether or not Bush displayed the same lack of judgement or any accusation that Clinton is directly responsible for the heinous actions of terrorists.

As with so many controversies associated with Hillary Clinton, real or fabricated, it's difficult to know when the latest scandal is actually a serious issue. However, if you woke up tomorrow morning and found that one of your emails had classified information from five intelligence agencies (the FBI, CIA, National Geospatial Agency, Defense Intelligence Agency, and Office of the Director of National Intelligence) and your personal server was being instigated by the FBI and others, then how would you feel?

A new review concludes that two emails Hillary Clinton received on her private account as secretary of state were "top secret," senior intelligence officials told The New York Times on Monday. The Central Intelligence Agency and the National Geospatial-Intelligence Agency reached the same conclusion as the intelligence community's inspector general last month about two emails sent to Clinton in 2009 and 2011. The emails included discussion of North Korea's nuclear-weapons program.

So, "Top Secret" information on North Korea's nuclear weapons program was found in Clinton's emails; stored on a private server.

"Benghazi! It's just another Benghazi!"

Well, then what about foreign donors?

A Rasmussen report titled 63% Think Hillary Clinton May Have Helped Foreign Donors As Secretary of State highlights how these issues, even if they're all right wing conspiracies, have affected Clinton's public image:

Eighty-four percent (84%) of Republicans and 65% of voters not affiliated with either major political party think Clinton is likely to have been influenced by donors.

Perhaps more surprising is that 45% of Democrats agree, including 23% who say it's Very Likely. But 64% of voters in her own party trust the former first lady. Seventy-eight percent (78%) of GOP voters and 53% of unaffiliated do not.

If polls are gospel, then the Democratic Party must eventually come to terms with the fact that even progressives and Democrats are losing faith in Clinton; at least in terms of the Rasmussen data pertaining to the foreign donor controversy.

In addition, Quinnipiac University finds that swing states voters in Florida, Ohio and Pennsylvania have an unfavorable view of Clinton and do not trust the former Secretary of State.

Eventually, pundits and establishment Democrats will have to face the reality that Bernie Sanders is the only hope for a Democrat in the White House after President Obama. Americans aren't going to vote for four years of real or fabricated scandals.

Because he can focus on issues rather than defend against scandal, Bernie Sanders has achieved a record amount of money in terms of fundraising, as illustrated by The Huffington Post:

Sanders, in short, isn't having to work for the money he's raising. Much of it is pouring in online. Clinton, by contrast, has labored hard for her cash.

The Sanders campaign revealed it has $25 million cash on hand. On Thursday Clinton's team had about $29 million in cash-on-hand after the second quarter.

Sanders isn't only catching Clinton in nationwide polls, but also in terms of fundraising. The Vermont Senator doesn't have to spend money convincing voters he's honest; only one Democratic candidate has the FBI investigating a server or polls asking about foreign donors.

True, the Benghazi investigation is a partisan ploy by the GOP, but like the foreign donor issue and the email controversy, it could lead to genuine questions about Clinton's decision making and judgement leading up to the attacks.

Finally, it's hard to imagine a Democratic nominee winning the presidency if 45% of Democrats think the person was influenced by other countries. Also, Edward Snowden says it's "completely ridiculous" to believe Clinton's private server was safe, so his viewpoint is relevant on this issue. Any rebuttal form the Clinton campaign that intelligence agencies have differing methods of classification is completely irrelevant; it's not for the Clinton campaign to contest the classification methods of the CIA and others.

With Bernie Sanders as nominee, Democrats won't have to endure endless scandals and defend against real or fabricated controversies. Benghazi might be politically motivated, but the FBI investigation and other scandals are serious. Although Bernie's success is bolstered primarily by his record and his bold message, Clinton's issues will help him become the Democratic nominee. Sanders is also beating Donald Trump in polls by 20 plus points, and defeating other Republican challengers, so even polls in 2015 show Bernie Sanders capable of winning the presidency.