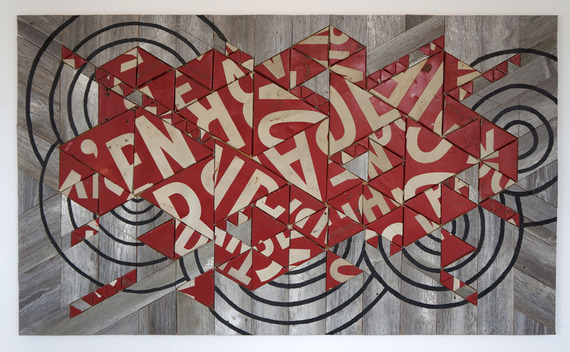 "My definition of the universe is the aggregate of all humanity's conscious and aggregate communicating experiences." -- Buckminster Fuller 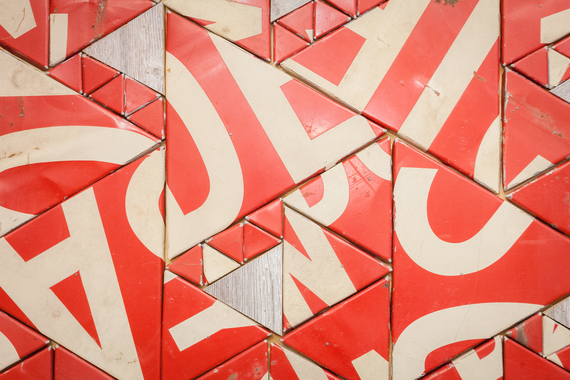 Artist, designer and permaculturist Benjamin Lowder is in many ways heir to legendary thinker Buckminster Fuller's understanding of architecture as an active system of political engagement with broad cultural, ecological, economic, and metaphysical implications. As Fuller expressed in a prophetic 1966 Princeton lecture published under the title "World Man," Lowder is "dealing in the principles operative in the universe and looking at man's needs." And the meaningfulness of Lowder's practice is expressed in his particular relationship to found, reclaimed, and otherwise sustainable materials, and in his instinct to orient buildings and land-use works according to the lay lines of the earth, organic resource distribution and the pathways of the stars. His recombinant visual aesthetic is painterly without gesture, literal without imagery, abstract without disorder, and animated by the symbols of man and nature. 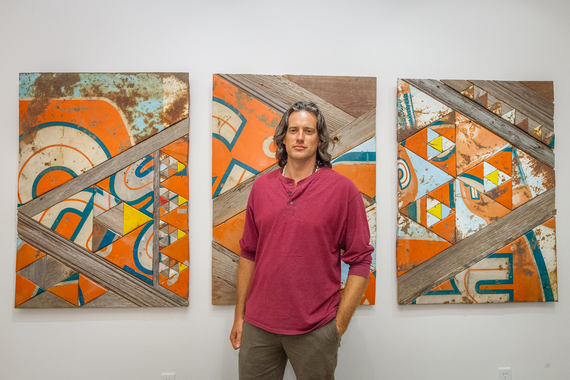 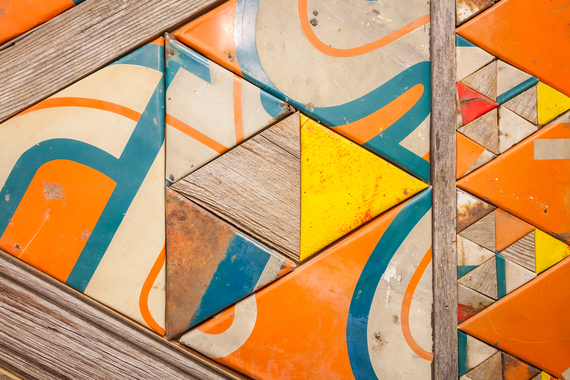 When it comes to the sourcing, physical and semantic deconstruction, symbolic and mathematical reassembly, and aesthetic transmogrification at the heart of his visual art, Lowder's ongoing series Myth, Math and Magic directly addresses the role of art as a storytelling vehicle. Lowder further sees his mixed media symphonies and wood-and-metal mandalas as totems for activating man's intuitive desire for communication and instinctive understanding of the hidden principles organizing the world. This is largely why he engineers them using "cultural artifacts from the 20th Century," like vintage metal advertising signs and reclaimed wood from rundown Midwestern industrial architecture -- factories, mills, barns. The most affecting and memorable compositional elements of his works are often the pieces of text culled from the old, colorful, rust-pocked signage, especially when balanced against detail-rich sections of natural woodgrain, weathered and worked. But he also recalls that many of modern society's most unsustainable values have been transmitted by advertising. 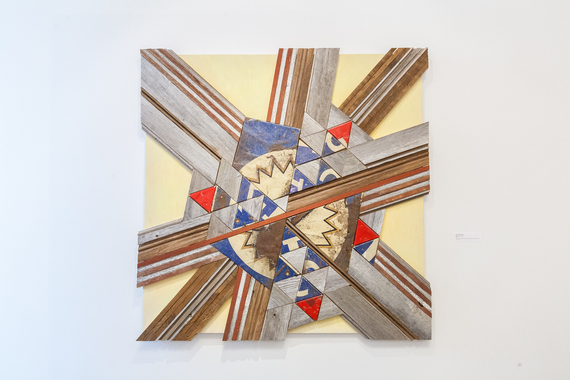 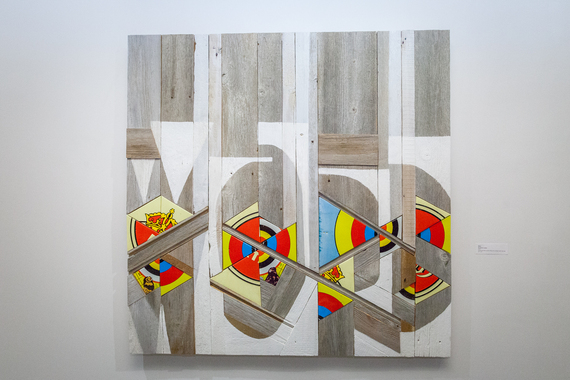 These emotional and tactile works combine a direct expression of organic mathematics with the visual magic of the artist and humanity's penchant for telling its own mythology into graphically bold tableaux of abstract rural poetry. They both tap into and deny collective nostalgia, using ballast of the past to pave the way instead toward collective progress. "As an artist I want to create works that remind people of the miracle we are living in," says Lowder. "The craft and practice of making things has held me to this world and kept me from retiring into an interior mystic quest for meaning. Eventually an artist comes to realize that Nature's geometry, repeated proportions, functional forms and patterns created over time are the source of all beauty." But at the same time, Lowder, like Fuller, appreciates the necessity of addressing cultural and societal currents in any practical, accessible application of ideas like this.

"It's time to remember the forgotten truths of our ancestors," says Lowder, "who knew how to live in this world without bending it to their will through technology. I have seen the effectiveness of these old ideas in practice. Art is the fertile soil from which our culture grows and I want to invest my time and energy into making art that begins to move us back to that garden." It is in that spirit that Lowder serves as a creative consultant for the Center for Spirituality and Sustainability -- a cultural center located in a geodesic dome designed by Fuller on land leased from Southern Illinois University Edwardsville, as well as on the board of the Fuller Dome Home -- an organization dedicated to the preservation of a Carbondale geodesic dome which Fuller himself owned and in which he lived. Lowder recounts how, following a mystical experience in 1927 on the shores of Lake Michigan, Fuller dedicated his life to questing for truth and sharing his knowledge with the world. He became internationally lauded for patenting the geodesic dome, achieved by building in the same way Nature builds -- through a matrix of triangles that form hexagons and pentagons. These elements are the bases of varied forms from the galactic to the subatomic. This is the language of shape that Lowder patterns his artwork upon -- universal foundations of sacred geometry and pattern integrities that reference a hidden order underlying the seeming chaos in the world. It's about clean fractals, simultaneity, interdependent stability; it's both singular and fragmented, a kind of manifest paradox, an energetic activation of contained and surrounding space; and it's as undeniably beautiful as objects as it is a powerful source of generating meaning. 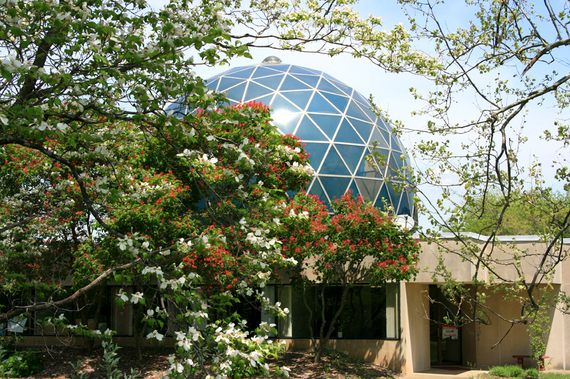 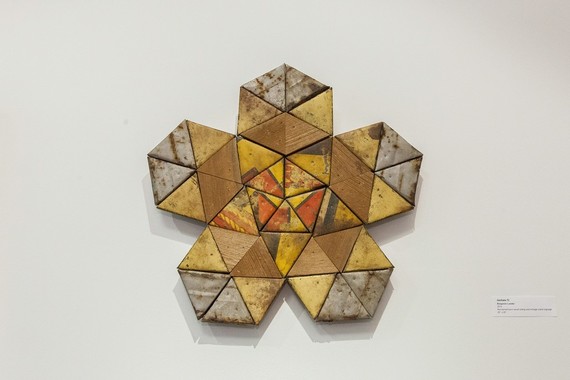 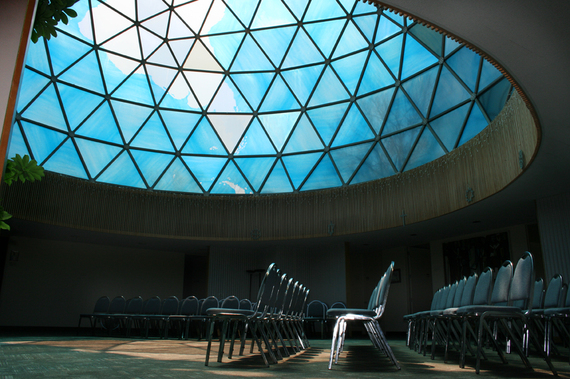 Benjamin Lowder's current exhibition WORD is on view in Santa Monica at Open Mind Art Space through September 17, with a closing reception for the artist on Friday, September 16, 6-9pm. Facebook Event page. 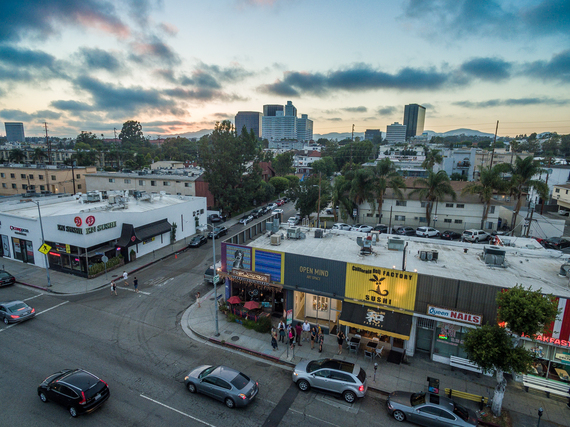 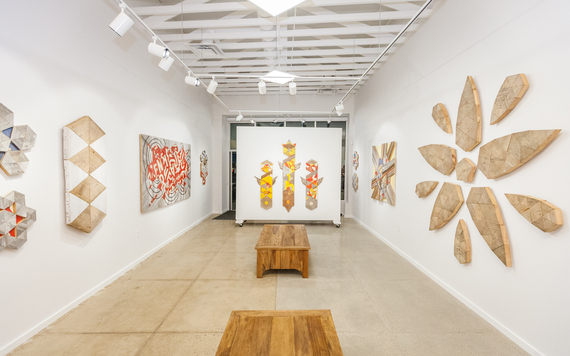 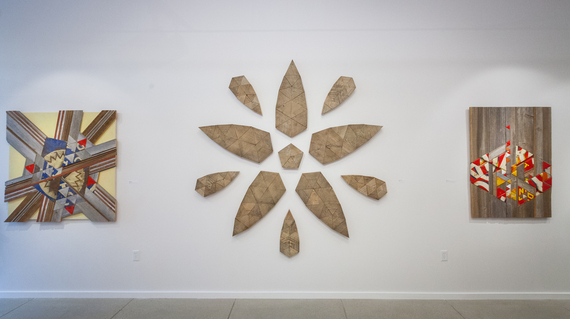 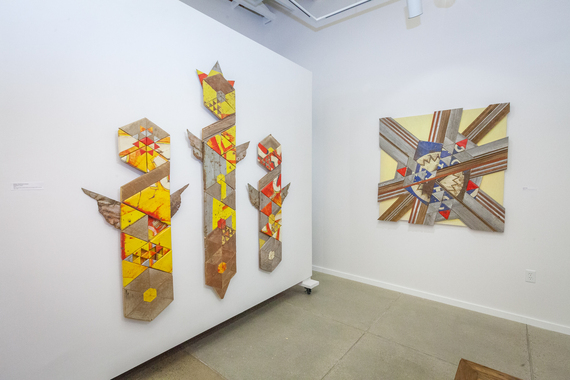 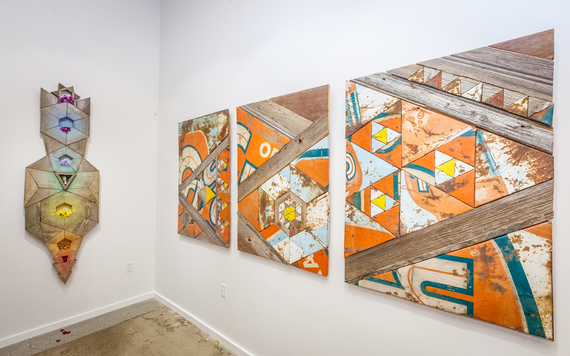 Benjamin Lowder shares his talk entitled "Sustainable Home Design, Livingry in Real Life" at the 2013 Fuller Future Festival in Carbondale Illinois. The festival is dedicated to continuing the legacy of Buckminster Fuller and it took place at Southern Illinois University where Fuller taught and lived for many years. Lowder relates his personal experiences in designing and building a sustainable home with a fascinating mix of mythology, math and magic.