It's visually magnetic, swirling alongside the movements of the trained troupe of dancers as the music of composer Nico Muhly takes viewers through the ebbs and flows of pre-production, as well as the final product. Millepied, for his part, is laser-focused from the beginning, never stepping away from the preparation and pressures that have engulfed his life. His goal as the director of dance is to bring a contemporary twist to the over 300-year-old company but stay true to the art form of ballet -- nix the all-Caucasian cast of dancers, switch up the too-precise technique, and establish a new, less rigid teaching style.

A renewal was what he was after.

It was Millepied's idea to document the creation of his ballet. Born in Bordeaux, France, the 38-year-old, a former principal dancer with the New York City Ballet and choreographer on the much beloved film "Black Swan," wanted to show how he would approach the role of director by showcasing what goes into getting a stage production off the ground.

He also didn't want to focus at all on his marriage to actress Natalie Portman, who, of course, starred in (and won an Oscar for) "Black Swan." Except for a quick shot in the opening sequence, Portman is left out of the film, which was a deliberate move by the directors and Millepied.

"He doesn’t want to be portrayed as Natalie Portman’s husband," Teurlai told The Huffington Post in an interview. "And it wasn’t our approach because we would rather do something about the process of creation and his work as a choreographer rather than gossip."

Millepied's goal was to have "Reset" portray a more modernized take on dance, channeling the film style of a big-budget Hollywood film. The directors assured him that although they couldn't make another "Black Swan," they would present his style and the way he feels about the hierarchy in dance in a compelling way.

"The French title is called 'Relevé,' which means that the new generation is coming to take over the old one," Teurlai explained. "[The film] is about the dancers and this new director, composer and conductor changing the landscape."

Despite growing up around traditional dance culture in France, Millepied mentions multiple times throughout the documentary that he wants to shake things up and "shatter this racist idea" in ballet. He wants to give dancers the opportunity to express themselves and showcase their talents, despite the Opera's hierarchal structure of grading and promotion.

"The corps de ballet was very happy when Benjamin arrived because he sort of freed them," Demaizière told HuffPost.

Millepied chose to feature an array of dancers from all different backgrounds and skill levels in his piece, hoping to push his opinion that the company and its school not only needed to be more racially diverse, but open to non-soloists.

“Clear, Loud, Bright, Forward" went off without a hitch and Millepied wowed audiences with his compelling and contemporary ballet. But despite his success, his role at the Opera just wasn't sitting right with him. In February 2016, after a little more than a year in the position, it was announced that Millepied would be stepping down as the director of dance. He told The New York Times that although he wanted to change the social structure a bit, his ideas were not necessarily accepted.

“It is not that I didn’t respect the traditions, but I put everything into question,” Millepied said. “I knew it was going to be complicated and I tried really hard. To face the cultural and economic issues of our time, we need new kinds of organizations, and I’ve realized that it’s too hard to turn this one into what I think is most relevant for ballet today. It’s two and a half years that I’ve worked on this, and I know it’s a short time, but it is long enough to realize this is not something I want to do.”

He added, “They need someone better suited to run this company.”

Demaizière and Teurlai shared their thoughts on Millepied's departure with HuffPost, saying they weren't surprised that he stepped down. "The incapabilities between cultures [probably affected his choice]," Demaizière said. "Benjamin is constantly in a rush and the Paris Opera institution was very slow. They couldn’t match."

Millepied now plans to devote “100 percent [of his time and energy] to artistic and creative expression” and is looking forward to moving back to California to focus on his contemporary dance ensemble, the L.A. Dance Project.

“I want to fully build my vision for a dance company of our time, to respond to cultural challenges, building audiences and making dance more popular,” he told The New York Times following his resignation announcement. “It’s time to redefine what a dance organization is today.”

"Reset" will hit theaters this fall with distribution by FilmRise. Watch the trailer below. 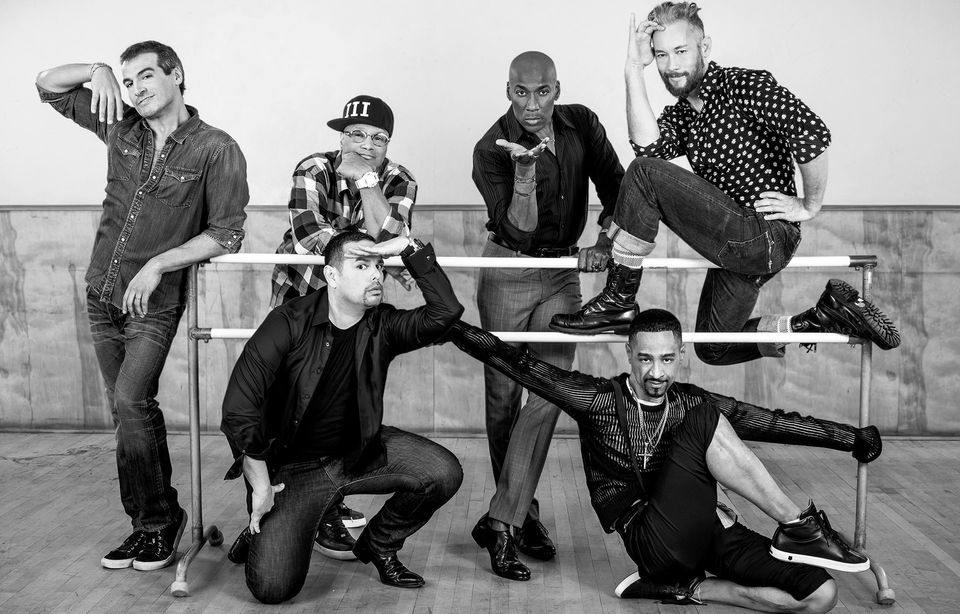