Thank you for your brilliant work in bringing the serious topic of chronic traumatic encephalopathy (CTE) to the forefront. So many football players and coaches just didn't have the information required to make smart decisions on the field, sidelines and the locker room.

It changed the way we approach football and the way we deal with concussions on the sideline and throughout the week. Everything has changed since you forced this topic into the public consciousness.

Before your groundbreaking work, I was someone who never thought about head trauma or concussions. In fact, in 2010, when I was in my contract year, I suffered a concussion, and I never disclosed it with the team because if I missed games, my value would suffer, and I didn't want to lose the security I was so close to having for me and my family.

So I played through it, and I promised my wife I would never do that again. But for two weeks, I was woozy. I couldn't close my eyes without losing my balance. I definitely had suffered a concussion and kept playing like many other players. Then throw in the mental health concerns, and the effects of CTE on players like Junior Seau -- who took his own life -- and others having their lives spiral out of control, and the comprehensive impact of CTE becomes tangible.

Would I set my dreams on an NFL career and go for it again?

Here are four reasons why banning kids from playing football is wrong:

It opened the door so that I was able to get help. And while at McLean Hospital near Boston, during those three months, I realized there was another way of life, and I figured out how the world really worked. Then I shared what I learned with my family.

My mom began to search her heart and soul, and it turned out she was an alcoholic. She used to sit in her bedroom for most of the day with a fifth of Hennessy and smoke cigarettes. She only left her room to cook dinner.

We were able to send her to Betty Ford. Now she's going into her fourth year of being sober, and she's one of the most vibrant and amazing women I've ever been around.

Now, my sister is also at a treatment facility, and we hope for the best.

So, physically and mentally, football changed my family.

2) The reward is greater than the sacrifice.

I know there are kids like myself, from places like Pittsburgh, or the South Side of Chicago, or Compton, or the West Side of Atlanta, and other impoverished places, where they don't feel like they have options. They have playing sports or selling drugs. Take away sports, and you're taking away life in a lot of communities. 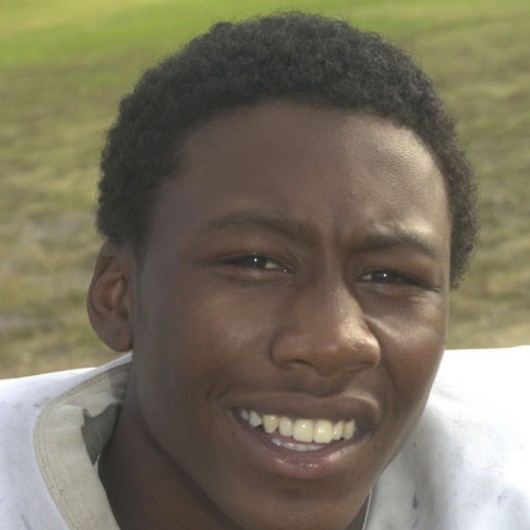 I'd rather give a kid a football than the rock. If they choose crack, they could be dead by the age of 20 or locked up for the rest of their lives. According to the Bureau of Justice Statistics, 4,347 of every 100,000 black men in 2010 were incarcerated. That's compared to 678 white males and 1,775 Latino males per 100,000. Also, almost 9 percent of black males in their late 20s are incarcerated.

Think of all the boys football kept -- and keeps -- off the streets.

I'm from Pittsburgh -- look at the following the Steelers have. Well, that passion isn't just in Pittsburgh. Cities, communities and even states rally around teams. I saw the popularity of high school and college football while I played in Florida. There have been seven shows in American television history that have topped 100 million viewers... and six of them are Super Bowls. Last year's, with 114 million viewers, was the most watched television show ever.

Football remains our country's most popular sport. These numbers prove that football is also a platform.

4) Football is getting safer.

Look at all the steps the NFL is taking to make the sport safer: teaching proper technique, taking the head out of the hits, improving equipment and changing protocol on concussions.

I have a son who is going to turn 1 in two weeks. To be honest with you, I dread the day when he comes to me and says, "Daddy, I want to play football."

I really don't want him to play ball, but I know the life skills football has given me and can give him if he chooses to play like so many other boys.

For me, football was a lifeline. And for many other NFL players, it was a lifeline. If it wasn't for football, a lot of us would be dead, or lost, roaming the streets somewhere.

With all due respect, Dr. Omalu, football doesn't give us an opportunity to play a game. It gives us a chance at life.