WASHINGTON -- The Ben Ali Way alley between the Lincoln Theatre and Ben's Chili Bowl off U Street NW has received a colorful facelift. A mural by local artist Aniekan Udofia was completed earlier this week.

Replacing the tagged brick wall is four of Ben's most famous patrons: stand up comic Bill Cosby, President Obama, radio personality Donnie Simpson and the late "Godfather of Go-Go" Chuck Brown. Though only two of these four men ate for free, they will now be permanently living at Ben's. 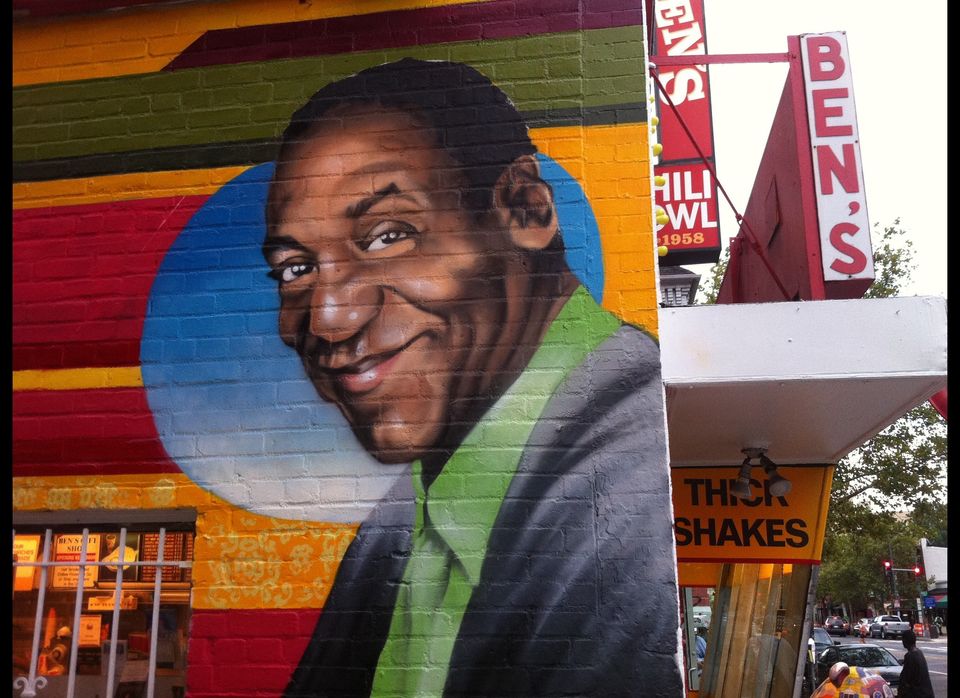