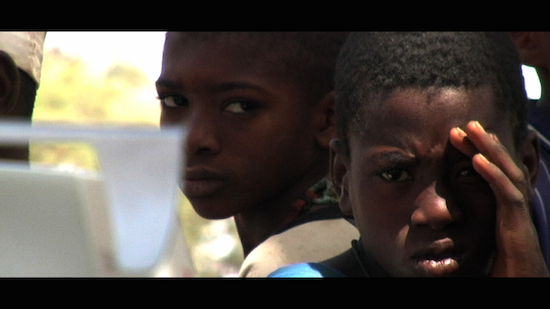 Hello, my name is Nina and I'm a chocoholic.

I'm not ashamed to admit that I love everything about the only black gold that has any personal worth for me: its flavor on my taste buds, the way cocoa smells, the elegance of cakes covered in rich ganache and how it provides me with just enough of a pick-me-up when I have a case of writer's block. Chocolate is simply perfect. Well, at least I thought so...

Until I recently discovered maybe, not so much.

Thanks to filmmaker and actress Benthe Forrer, who has made a beautiful, insightful, educational and sublimely entertaining documentary titled The Chocolate Case (Tony), I found out that the delicacy I so carelessly and easily pick up from my local shop could have origins that are less than palatable. In fact, every time each one of us eats a chocolate bonbon or a candy bar, we may be contributing to global slavery. We, as chocolate consumers, are all part of a practice we all wouldn't think twice about denouncing openly, yet silently are playing a role in perpetuating.

But as great filmmakers should, Forrer offers a solution. Actually, it's renowned Dutch TV journalist Teun van de Keuken, TV producer and reporter Roland Duong, human rights lawyer Michiel Pestman, and filmmaker Maurice Dekkers, who also happens to be Forrer's husband, along with Forrer who all collectively created a solution.

This is where the story got interesting for me, because I believe deeply in the power of cinema and television to change the world. So, a documentary about a Dutch TV show, and its entrepreneurial group of young journalists/producers who go out into the world to create a "chocolate case", a legal precedent to help abolish child slavery in the chocolate plantations of the Ivory Coast, plays right into my hopeful consciousness. Add to that a story that goes through twists and turns worthy of a high tension thriller but better because it's true, the fact that the young journalists have all grown into intelligent, highly interesting handsome men, and this is the kind of film that I could watch over and over again, recommend to all my friends and then watch one more time.

So what is the solution? Well, you'll have to watch The Chocolate Case for yourself to discover, but a hint lies in the Tony's Chocolonely chocolate bar. Tony's Chocolonely, which from fluke TV news program experiment turned into the best selling candy bar in The Netherlands, growing into a whole chocolate empire, and now plans to conquer the UK, after successfully setting up shop in the US in mid-2015. And all that with the truthful guarantee of being "on the way to 100% slave-free" chocolate. Because anything else claimed, like Fair Trade and the likes, when it comes to chocolate at this very moment, is just lies. Cocoa beans are too many and too small to be tracked from harvest to store.

I caught up with the striking Forrer by email and throughout her generous answers, her wit and her loveliness shined through. Filmmakers like her can and do make the world a better place. And in this case, sweeter too.

The film opened in The Netherlands this week, how was it received? Did it cause controversy? 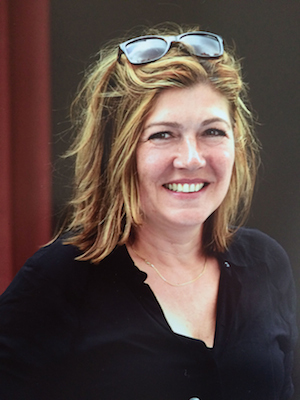 Benthe Forrer: The film was well received with a lot of enthusiasm. The programmers of the theaters are taken by surprise. Newspapers are writing about the story, with hardly any criticism on the movie itself, nor do they seem surprised by the slavery topic. They see it as an important topic, that has been going on for quite a while now. So I guess everybody thinks it is justified to pay extra attention to it. Also they see the story as a boys book; adventurous but with more content.

I'm not sure if you maybe meant the fact that the brand [Tony's Chocolonely] has paid to make the movie, by saying controversy? I've given that much thought up front and I figured that since Tony's is all about honest and open marketing, transparency in the chain, we had to give the same transparency about the movie when it comes out. Which we did. And guess what? Nobody sees this as a problem or a big advertisement. After seeing the movie they seem to realize that it wasn't made like a corporate movie and it's apparently just self-reflecting enough to not bother or emphasize on the topic of who paid for it in the end.

How have critics reacted to the film?

Forrer: "The movie looks like a casestudy of the collision between idealism and reality." 4 stars out of 5 in one of the most important newspapers.

As a chocolate lover, I'll admit I've never asked this in an interview, but may begin to include the question in all my work. What is your own relationship with chocolate? How do you feel about it?

Forrer: Chocolate and tomatoes, I couldn't live without them. Guess I'm a umami-type. I must confess that I'm sometimes tempted when I see the bakery filled with cute shaped chocolate bunnies around Easter, for instance. But once I asked the baker if their chocolate was 'Fair Trade', the girl said she didn't know what it meant; she said she didn't speak English -- there is no Dutch word for fair trade so it's the same. So I think we still have a long way to go.

Apart from the footage from Keuringsdienst van Waarde, the TV show featured in the film which goes back to 2002, how long did you spend working on your film?

Forrer: About half a year. It took two months to plow through all the old footage, since I wanted to re-edit and I didn't want to copy-paste things from the old broadcast show. I've filmed another extra 15 days in Portland, Ivory Coast, Belgium and the studio interviews.

How much footage did you have to work through, to come to the finished product?

Forrer: There was about 300 hours of rough material on the whole.

Has working on this topic for many years changed the way you shop? And is that relationship different when it comes to food, or it is the same with clothing too?

Forrer: It does affect the way I shop, I feel less comfortable buying things too cheap. On the other hand I believe in high quality and buy less, rather than cheap and a lot. A lot of people get greedy when they think things are cheap, they buy more than they can wear, and spent a lot on silly groceries like chips and cola.

I can get grumpy for instance, when I buy two things and the girl at the counter says, "if you buy three, you will get the fourth for free." But I don't need three or four, I just would like to pay what something is worth. And if it means I pay 30 euros for a chicken instead of 5 euros, it makes more sense, because the life of a chicken can't be that worthless. I sometimes feel bad about it too, because I can afford it and some people can't. 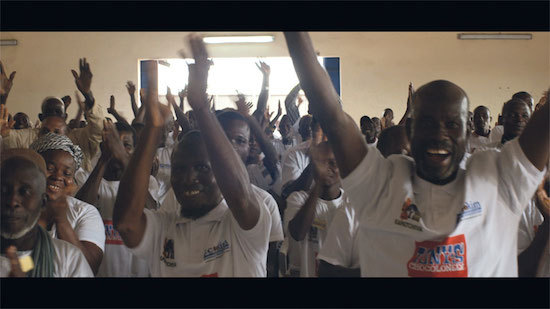 Do you think cinema, or television can change the world?

Forrer: I'd like to hope so. With this movie I wanted to inspire people. Just by telling stories like these I think it raises awareness and gets people to participate. Whether it's by starting your own enterprise or just eating or buying the right products, one can contribute to a better system already.

Journalism as a whole is an important medium and maybe films and television provide the easiest ways for people to take in [information].

Do you consider yourself an activist?

Benthe Forrer: Absolutely not. I don't think things are black or white. To be an activist you have to be convinced of your cause. I tend to see too many nuances. It is also a matter of character maybe, I'm not against activism, it's just not my style. I like to be able to move people but I would not force things upon them.

And what has happened since the end of the film, with the company, but also with the cocoa bean producers and the witnesses?

Forrer: The company is still growing and expanding to other countries such as the US (starting in Portland), Belgium, Germany and Sweden. Next year the plan is to start selling in the UK.

The cocoa bean producers will have to keep up with these developments and Tony's staff in Africa will be extended so they can coach the existing farmers and contract more farmers to join in.

I am not sure what happened to the witnesses. We tried to track them down for the movie but most of them are living so far off the grid that we couldn't find them. Last thing I know is that we gave one of them money to start his own bicycle business in Burkina Faso, a couple of years ago.

Finally, if you had to describe yourself in three words to someone who doesn't know you, what would you say?

Forrer: My friends would probably say that I was too shy to give that answer myself, but they would see me as a person that is always full of ideas and new projects. I'm lousy at speaking in front of an audience, so I use film or branding if you like, to speak for me.

All images courtesy of Fortissimo Films, used with permission.