A full-page advertisement seeking justice for the death of Berkin Elvan, the 15-year-old boy who was fatally shot by a police teargas canister during anti-government protests in Turkey last year, appeared in The New York Times on Friday.

The ad was paid for by an Indiegogo crowdfunding campaign and is the second full-page ad Turkish protestors have taken out in the paper. Last June, demonstrators raised money to publish an ad encouraging protestors to stand up to Prime Minister Recep Tayyip Erdoğan, who is accused of undermining democratic freedoms and is the subject of a corruption investigation.

Fifteen-year-old Berkin Elvan died after 269 days in a coma following an injury inflicted by a teargas canister shot directly to his head...

Elvan, who was 14 at the time of the incident, was out purchasing bread for his family when he was struck in the head by a gas canister. He was comatose for months before dying on Tuesday.

His death has sparked an intense round of protests throughout Turkey, leading to violent clashes with police. At his funeral Wednesday, Turkish riot police armed with water cannons and tear gas confronted several thousand mourners who gathered in Istanbul. One protestor died in Istanbul and a police officer died of a heart attack during unrest in a northern province.

Many demonstrators were seen holding bread, a symbol of Elvan's innocence.

View the whole ad below: 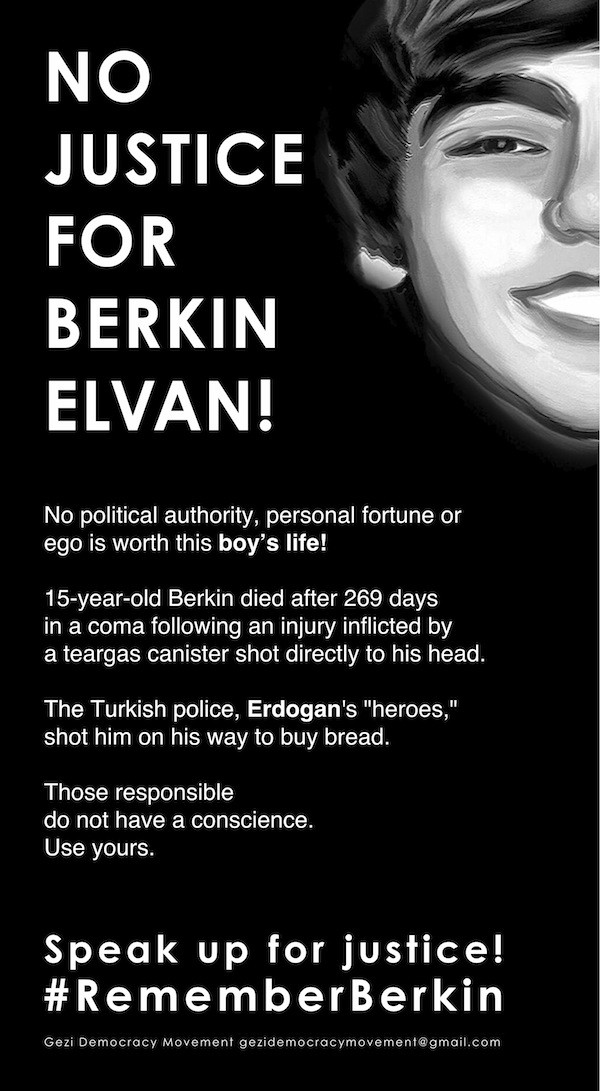