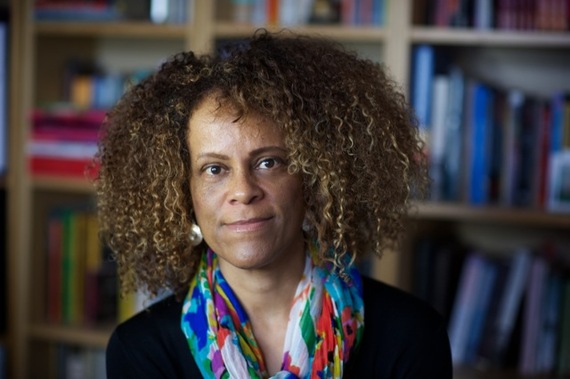 In a revealing interview with Salon, Donna Tartt once said, "I had a fairly well-known editor tell me that The Secret History would never be published because no successful book by a woman had ever been written from the point of view of a man, and that I would have to change it to a female narrator."

Although it's tricky for both male and female writers to write from the point of view of the opposite gender, there have always been a number of tremendously talented and successful female authors who have not only risen to the challenge but, in doing so, have completely demolished deeply-embedded social codes that should not have existed in the first place.

British-Nigerian novelist and poet, Bernardine Evaristo is not only a master of literary gender-bending but she's also adroit at subverting well-worn tropes from slavery to stifled sexuality in a way that feels new, visceral, vital. Although Evaristo has always been an innovative stylist, her latest novel, the critically acclaimed, award-winning smash, Mr. Loverman, is her chef d'oeuvre; a masterful dissection of the life of a 74 year-old, British-Caribbean gay man. It is a book about secrecy and self-protection, freedom and fear, history and the future, family and faith, repression and renewal.

For Evaristo, this extraordinary act of ventriloquism was necessary. "I knew this was an explosive mix for fiction", she says. "Not only is black homosexuality all but invisible in British fiction, but the idea that a septuagenarian is actively gay is potentially very controversial."

"I like the challenge of writing beyond my own culture (I'm not Caribbean), gender, age, sexuality and so forth, but it does mean that I have to work hard to create authenticity with my characters. To make them totally believable and convincing."

Evaristo, who originally trained as a stage actress, nurtured her writing talent by penning roles for black actresses "because few parts existed for us in the early 80s." She dropped acting but fuelled the fire to keep writing. "The magic of writing," she says, "the emotional, intellectual and imaginative connection I feel to it, is addictive. My influences are wide and varied, and certainly many writers inspired me to tell my own stories when I was very young - Gloria Naylor, Ntozake Shange, Keri Hulme, Toni Morrison, Michelle Cliff, Audre Lorde, Alice Walker."

With the recent anti-gay legislation in Nigeria and throughout a depressingly large part of Africa, does she feel there's been enough of a response from African writers in terms of exploring the issue of homosexuality in fiction or non-fiction?

"I'd say not," she says. "It's still quite a taboo subject in many communities and certainly not enough people speak out. You're probably one of the very few writers writing black African stories with gay characters. When I chaired the Caine Prize for African Fiction a couple of years ago we shortlisted a gay story by Malawian writer Stanley Kenani. Lola Shoneyin's super novel The Secret Lives of Baba Segi's Wives touches on lesbianism, as did Monica Arac De Nyeko's Caine Prize winning "Jambula Tree", which won the Caine in 2007. But essentially, when you can list such stories on one hand, there is a problem. I wrote a piece for The Guardian about the long history of pre-colonial homosexuality in Africa when the recent anti-gay legislation was passed in Nigeria, my father's homeland. We need more voices out there, gay or straight, writing stories that include homosexual characters."

Aside from her work as a novelist and poet, Evaristo teaches creative writing at London's Brunel University, where she spearheaded the creation of the prestigious African Poetry Prize, which offers a powerful platform for gifted poets on the rise.

Part of what makes Bernardine Evaristo such an important cultural figure is that she's an intellectual who's unafraid to take creative risks. Every book that she has written doesn't feel so much a progression as a complete re-invention of style, subject matter and genre. Once you add a hearty dose of compassion and energetic forward-thinking to the mix, what you get is not only an artist who repeatedly resists status quos and shoots straight for the jugular but a bonafide literary rebel with a cause. This in itself is worthy of celebration.