On Monday, Bernice King posted a photo on Twitter of her mother, Coretta Scott King, calling her the “architect of the King legacy.”

There would be no #MLKDay without #CorettaScottKing.

Architect of the King legacy. Exemplary leader. Founder of @TheKingCenter less than 3 months after my father was assassinated.

And she taught #MLK about the global peace movement. #MLK90 pic.twitter.com/Znrhq3Jh2m

King elaborated on her mother’s works in an interview with The Grio:

“My father would not be the person that he is and [have] his iconic stature had it not been for the work that she did so I speak certain things intentionally,” she said.

King, currently the CEO of The King Center in Atlanta, said that Monday’s holiday honoring her father would include “a special tribute” to her mother “so that people are reminded that this holiday that we are celebrating really would not have happened had she not been diligent and determined.”

According to Bernice King, Coretta Scott King helped make MLK Day a reality even when the legislation was failing in Congress by getting cities to create their own celebrations around King’s birthday.

“So by the time the holiday actually passed as a federal holiday, many cities were already commemorating his birthday every year,” she said. “Most people don’t know that more than a 100 nations celebrate a holiday of a leader that is not a citizen of their nation.”

The Rev. Martin Luther King Jr. was assassinated in Memphis, Tennessee, in 1968. The federal holiday commemorating the civil rights leader’s Jan. 15 birthday was first observed in 1986.

Bernice King admits that her mother was not featured on banners before her death in 2006, but that has changed.

“She is on them [now] because we want people to know it was a partnership,” she said. 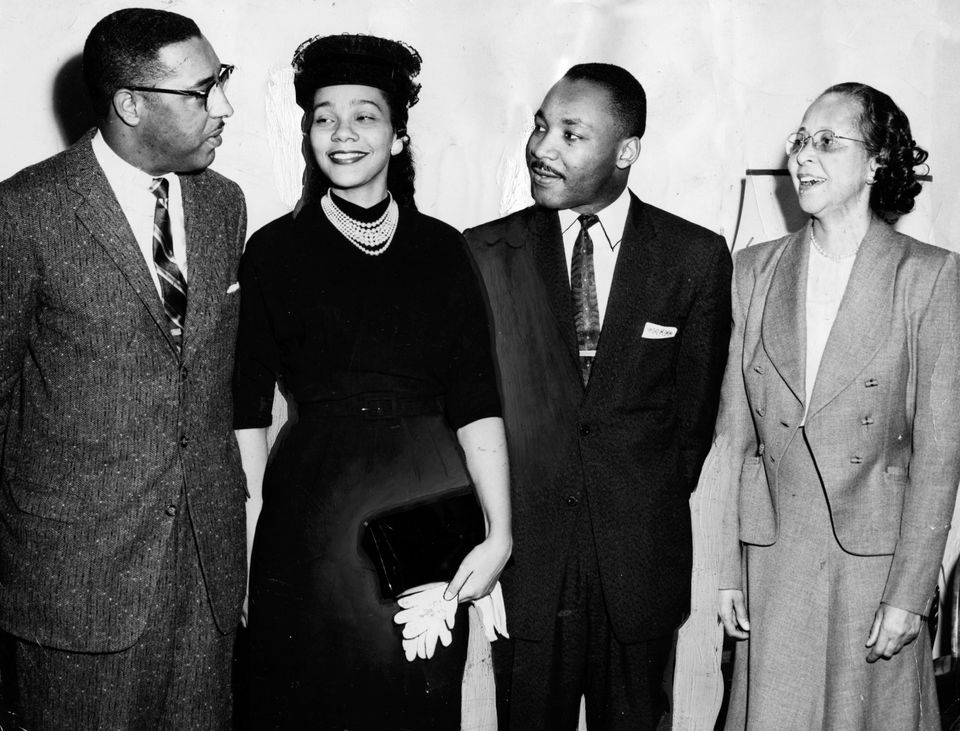