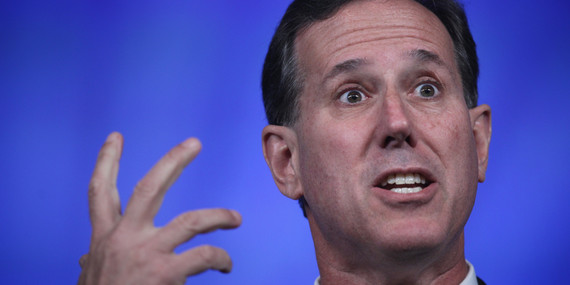 In honor of Jeff Foxworthy's great shtick, here's a quick breakdown of progressive politics in 2016.

You know you're a "Facebook Liberal," or a "Twitter Liberal," or a "Social Media Progressive" in 2016 when you enjoy spreading memes on Facebook and other social media platforms about the evils of the GOP.

Hell no, that's for archaic Republicans and backward conservatives.

Is Dick Cheney a good guy?

Ummm... he's the embodiment of evil. And yes, you'll debate anyone on Twitter about how Bush's Iraq War destroyed the Middle East.

What about fossil fuels?

It's the Devil, and yes, Keystone XL is a bad idea.

Damn straight unions, they're the backbone of this country along with these people, and crazy free trade deals hurt American workers.

Hurting the country, and those damn Republicans are in bed with Wall Street.

However, there's another element of being a Facebook Liberal that either makes you a progressive who simply enjoys social media, or a hypocrite on the biggest issues espoused by your supposed value system.

While on your morally superior digital high horse, the other half of being a Facebook Liberal, or Twitter Liberal, or Valiant Social Media Progressive Warrior is your candidate in 2016.

Ideally, one would assume you'll vote for a candidate in 2016 who shares (or never had to "evolve" towards) your views on war, foreign policy, gay marriage, the environment, trade, Wall Street, marijuana and other topics you want your progressive leaders to champion during the next presidency.

But assumptions make asses out of all of us. So let's not assume. Let's simply use the brilliance of Jeff Foxworthy to prove a point.

You know you're a Facebook Liberal... when you demonize Kentucky's Kim Davis and share a meme with her holding a pitchfork, but you'd still vote for a candidate who was AGAINST gay marriage up until 2013.

You know you're a Facebook Progressive when you think Dick Cheney is the bastard child of Lucifer and Darth Vader, but you want a president who VOTED FOR IRAQ and called this vote a "mistake."

You know you're a Facebook Leftist, and Twitter Liberal, and Social Media Progressive, if you vote for a candidate who is AGAINST THE DECRIMINALIZATION OF MARIJUANA.

You know you're a True Twitter Progressive Soldier when you spread memes on all the racist things said by Republicans, but still decide to vote for a candidate who used a 3:00 a.m ad with a "racist sub-message" against Obama in 2008. This candidate's husband was also called out by a leading African-American Congressman in 2008 for the manner in which Obama was treated during the campaign.

You know you're a Social Media Hippie when you hate fossil fuels, but will still vote for a candidate who once supported the Keystone XL pipeline.

Yes, you are a Digital Liberal if you think unions are great, but still vote for a candidate who pushed for the TPP 45 separate times.

On the flip side of things...

You're a snarky, "realist" and political know-it-all when you say the following:

Bernie Sanders can't win because he's old and white and reminds me of the science teacher I hated in high school. In the '50s.

Bernie Sanders is too far down in the polls to catch Clinton.

I want power. Only voting for Clinton will ensure that Democrats keep this power I crave. I need... my precious...

The FBI is part of a right-wing conspiracy under a Democratic Administration in the White House.

I'm on Reddit and can't stand H. A. Goodman's articles because he's not "objective" or because he's a hack who's in the tank for Sanders. (For the record, this author loves Reddit and everyone on Reddit's Sanders for President)

Well then, if you say some of these things and still consider yourself to be a loyal Democrat and progressive, then I have news for you.

You've spoken for 45 million African-American voters and 54 million Hispanic voters across America by placing all their concerns as Americans into one poll number.

Congratulations white liberal, you've just spoken for 100 million people of color and narrowed down their hopes and dreams into a constantly evolving poll number.

Tell us know-it-alls, if you're so certain Bernie Sanders can't win the Democratic nomination, then why won't minority voters emulate white voters and choose Sanders over Clinton?

My thoughts are my own. The inspiration to write this was Jeff Foxworthy's famous skit. I'm not getting paid by the Sanders campaign.

If anything, I'm voting for Bernie Sanders in 2016 because if I share that awesome meme of Rick Santorum, I'll know that my candidate defended gay rights when it wasn't popular. Also, I'm voting for Sanders because... and I know this is a minor issue... because on every major topic, from war and Wall Street to the economy and social issues... HE NEVER EVOLVED, LIKE A FACEBOOK LIBERAL, LIKE A TWITTER PROGRESSIVE WARRIOR, AND ALWAYS STAYED TRUE TO HIS VALUES, without changing alongside the polls.

Writing in caps is cathartic.

I'll also know that by voting for Sanders I stuck true to my value system, and didn't sell out because after all, I had to adhere to a flawed notion of being "realistic."

I am not a Facebook Liberal and I'll never become one in 2016.