I'm all for the idea of a political revolution. I guess I'm just not sure what that has to do with running a presidential campaign within our existing electoral system.

But let me give Bernie Sanders and his supporters some credit and go with the notion that they're legitimately interested in the idea of a political revolution. If that's the case, someone should let them all know there's no need to make Bernie the Democratic nominee, or the President of the United States, for such a revolution to take place.

In other words, why wait?

Look, I'm not expecting a real political revolution anytime soon, but let's at least seize the opportunity of its entry into mainstream discourse to ponder what the phrase actually means. America, 1776. France, 1789. Haiti, 1791. Russia, 1917. Cuba, 1959. Iran, 1979. These are names and dates that mark a few of history's great political revolutions. Take note, they were all violent, and none took place at the ballot box. Indeed, no political revolution ever has. 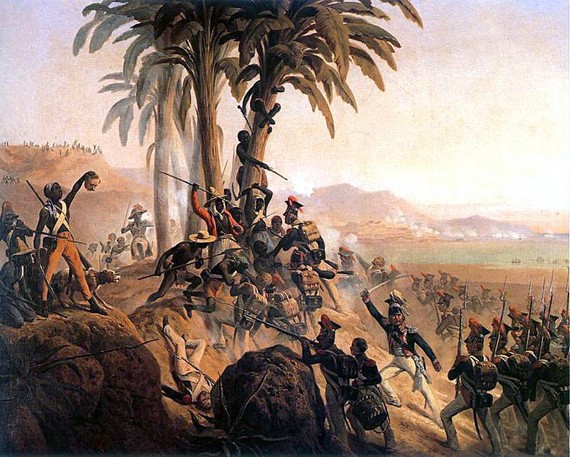 But even if we're just talking about US electoral politics, a political revolution should, at the very least, mean transforming our electoral system as it currently stands, along with the institutions and ideologies underlying its justification. I'm not so sure Bernie et al. have the stomach for that. It's certainly not mentioned in any of his policy proposals or stump speeches.

Lamentably, it seems Bernie's version of political revolution is merely a plan to mobilize voters in the hopes of returning to a time when the US had a social compact among business, government, and labor, in a way that allowed some modicum of reciprocal progress. That progress was never distributed equally, though. In a nation founded and operating on white supremacy, class domination, land theft, ableism, xenophobia, and patriarchy, specific groups have often been systematically excluded.

Consequently, there are concerns Bernie's "political revolution" doesn't do enough to tear down these oppressive power structures that it would change that stratification of progress in a way that's truly inclusive. These concerns, at least in regard to Bernie's failure to mount a challenge to white supremacist power structures, have been most vociferously voiced by Ta-Nehisi Coates. Examples here, here, and here. Given that much of what Bernie wants to do is reform and ultimately strengthen existing institutions, there's no reason to expect dramatically different, more inclusive results--even if his aims were achievable.

And this brings me back to my earlier point: If we want a political revolution, why wait?

Were he elected, a Bernie Sanders' presidency isn't a panacea for what ails the nation, and it certainly wouldn't be revolutionary. Would it be a significant moment in US progressivism? Sure. But many of Bernie's proposals that are being met with bewilderment by media and mainstream Democrats are actually remarkably mild--especially considered on a global political spectrum. Many are quite popular among US voters, too. Yet, in the reality of our current political milieu, most are fundamentally impossible. The answer to that conundrum isn't to settle for a pragmatic outlook that accepts this drab reality and plans to work within it--which, I'm sorry to say, is an apt description of the position of both potential Democratic nominees. The answer to that conundrum is to work to abolish the boundaries of our current political realities, and unveil a world truly full of new possibilities. This requires expanding our view of what political revolution looks like far beyond a political campaign for the President of the United States of America.

The more you study the major forces driving our lived experiences, e.g. education, knowledge production, healthcare, housing, journalism, politics, poverty, banking, racism, capitalism, imperialism, patriarchy, policing, the courts, the workplace... and so on, the more you come to understand they are nearly unanimously beyond reform. And if we want to achieve a genuine political revolution, one that opens the door for changes like those Bernie's proposing and more, then that's something The People can, should, and need to do outside of electoral politics. I can't say exactly what that might look like, but I know it's going to take a lot more risk and sacrifice than investing time, money, and energy into supporting a presidential campaign.

It's just not going to come that easily. So, for those of us rooting for political revolution, there's work to do.

That work might look like organizing mass strikes, protests, boycotts, and disruptions of the status quo. It might look like communal living, selective destruction of property, occupying public and unused private spaces, seizing the means of production at individual workplaces, mass whistle-blowing, and reclaiming resources from corporations that currently hoard and profit off them. 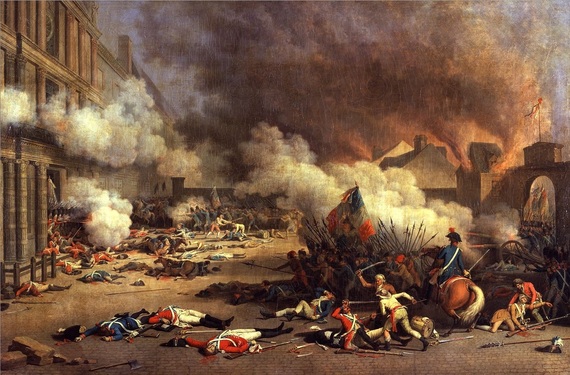 As the impacts of climate change become more apparent in the coming decades and people become increasingly desperate, violent approaches like guerrilla warfare, armed seizures of resources, targeted assassinations, and bombings, will become necessary tactics in the pursuit of any political revolt. In short, the sooner we get to the real work of revolution--political and otherwise--the better our chances of doing so with minimal violence and devastation. The path we are on is unsustainable, and looking to a presidential candidate or election to turn us around is misguided. We need to look to each other.

One of the biggest problems with funneling potentially revolutionary energy into a political campaign is that if the campaign loses, then its revolutionary energy dies with it. At the very least Bernie could pledge to continue his political revolution beyond the primary no matter who wins. And no, I don't mean he should run as an independent or even tell people not to vote for Hillary Clinton. We need to remove the idea of political revolution from the paradigm of electoral politics. That's where Bernie should be encouraging his supporters to take this fight, regardless of who's president.

Here's a simple example. Imagine if, instead of funneling donations to Hillary should he lose the nomination, Bernie promised to keep fundraising through his grassroots supporters, and using that money and influence as a sort of Super PAC or lobby for Progressive causes. Even that would be welcome. But without some effort to take his political revolution beyond this election, regardless of who's the nominee, labeling Bernie a Sheep Dog for the Left is apt.

I'm not suggesting people don't vote for Bernie (or that they do). Personally, I like him as far as potential candidates in the two major parties go--which is to say I could stomach voting for him. No question, in the absence of an actual political revolution a Sanders' presidency is welcome in my book. But I won't delude myself into believing it would represent anything approaching a political revolution. Don't get me wrong, I don't mean to admonish those who are "Feeling the Bern." I mean to challenge them to ruminate on what a political revolution might really look like and the sacrifices it will require of us. And, if they still want one, to stop waiting for the presidential election and start fighting now.