The presidential campaign of Sen. Bernie Sanders (I-Vt.) reached a deal with its campaign workers union that boosts field organizer pay to account for the long hours.

The accord follows a Washington Post story on Thursday detailing the complaints of field organizers that workweeks of 60 hours or more effectively kept their pay below $15 an hour.

The article prompted allegations of hypocrisy against Sanders, a prominent champion of a federal $15 minimum wage who was the first presidential candidate to recognize a labor union for campaign workers. The report also sparked frustration within the campaign over the source of a leak to the Post about the labor dispute that was not sanctioned by the union or its members.

Members of the campaign staff union, which is a part of United Food and Commercial Workers Local 400, have voted to accept an offer to raise field organizer pay from $36,000 to $42,000 a year. Language in the amended collective bargaining agreement would specify that the typical workweek is six days, rather than the five days it had previously specified.

“Both the campaign staff and management have engaged in this process in good faith and to achieve a mutually agreed upon outcome,” Jonathan Williams, a spokesman for UFCW Local 400, said in a statement. “This is what democracy in the workplace looks like.”

“We’re proud to have successfully negotiated with the union in good faith to raise the pay of field organizers, while continuing to ensure our campaign staffers are being paid a living wage,” Shakir said in a statement.

The Sanders campaign union had ratified its first contract in early May, before it hired any of the field organizers that form the core of its outreach network in the four early primary and caucus states.

When field organizers voiced their discontent with the terms of the contract, Shakir offered in mid-May to raise pay to $42,000, but the union voted it down because of concerns that it would expose staff to additional health care costs. The new agreement addresses that issue by preserving the campaign’s commitment to pay for the full cost of those employees’ health plans.

Sanders noted in a CNN interview Tuesday that the core elements of the deal had been on the table for months.

“We’re back to where we started,” he said.

The agreement demonstrates how close management and the union were to a deal prior to the Post story, according to internal critics of the leak who spoke to HuffPost. It adds weight to arguments that days of negative publicity that often mistakenly implied that Sanders had a worse labor record than his presidential rivals could have been avoided.

But other staff members remained critical of the way campaign management, including Shakir, handled negotiations. Even his mid-May counteroffer was made weeks before the vast majority of field organizers came on board, according to a field organizer sympathetic to the leak.

That organizer praised the new deal.

“It’s a good deal for wages,” the organizer said. “It’s a first step towards fixing the many problems field organizers and [regional field directors] have with the union contract, which was ratified and negotiated prior to their hiring.”

By Tuesday afternoon, there was a fresh sign that the Sanders campaign had not seen the end of its labor troubles, however. Bloomberg reported that an unfair labor practice complaint had been filed against the Sanders campaign, alleging illegal retaliation against an employee. Although the full charge has not yet been made public, the information available on the National Labor Relations Board’s docket shows someone accusing the campaign of firing an employee in violation of a labor agreement.

Anyone can file an unfair labor practice complaint before the National Labor Relations Board, so it is unclear if the person filing the complaint is the person claiming to have been mistreated.

This article has been updated to reflect the labor complaint against the Sanders campaign. 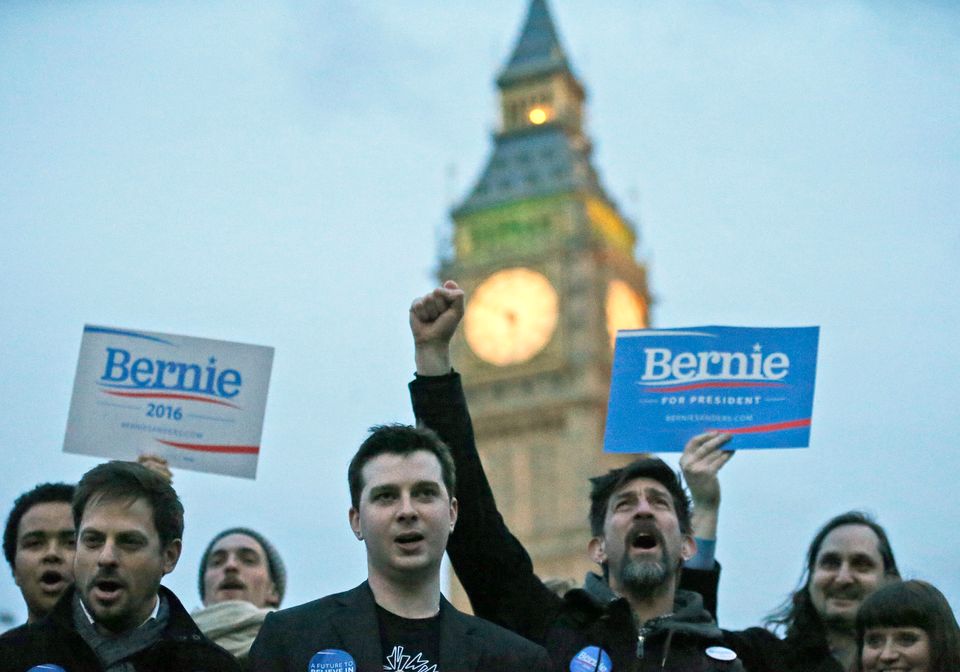