In Bernie Sanders' 2015 book, Outsider in the White House, the Senator from Vermont outlines his vision of democratic socialism. The vision that Sanders introduces is neither idealistic nor radical, but rather, a practical response to the problems that our current political and economic systems perpetuate. Here are 10 passages from that book that most clearly describe Sanders' brand of socialism:

1. "Honest people have differences of opinion as to what they believe are the most important problems facing this country. Let me tell you straight out the way I see it. Here they are: the unfair distribution of wealth, the decline of decent-paying jobs, the erosion of our democracy, the unchecked power of the corporate media, the insufficiency of our health care system, the inadequacies of American education... In my view, if we could address these problems forthrightly, our nation would become the great society it had always had the promise of becoming." 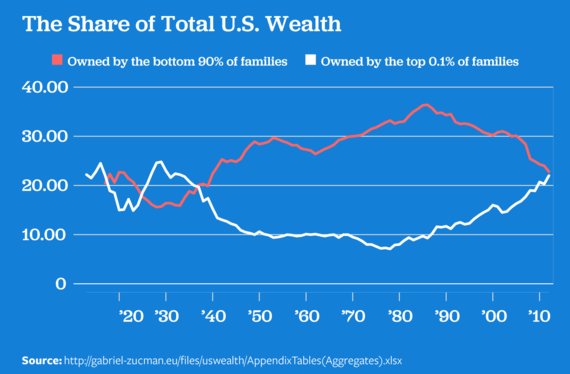 2. "The gap between the rich and poor has extended beyond the breaking point of civil society and sound economics. Instead of addressing poverty, politicians of both parties have criminalized it and accepted incarceration rates that are obscene and racist; the devastating effects of climate change have been ignored; we have accepted a warped sense of priorities that says America can always find enough money for war but that there is never enough for infrastructure or education or nutrition programs. Our democracy has been rendered very nearly dysfunctional by Supreme Court rulings that make it easier for billionaires and corporations to buy elections and harder for people of color and students to vote in them. The United States is degenerating into a plutocracy as democracy is overwhelmed by money and negative ads and the collapse of serious journalism."

3. "We live in the wealthiest nation in the history of the world, but that reality means little because almost all of that wealth is controlled by a tiny handful of individuals. There is something profoundly wrong when the top one-tenth of 1 percent owns almost as much as the bottom 90 percent, and when 99 percent of all new income goes to the top 1 percent. There is something profoundly wrong when one family owns more wealth than the bottom 130 million Americans. This type of immoral, unsustainable economy is not what America is supposed to be about. This has got to change, and together we will change it." 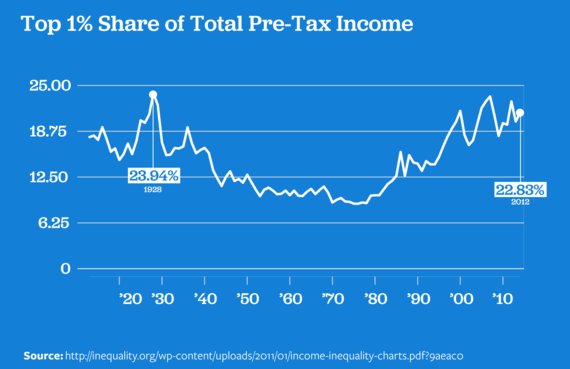 4. "Time after time, I pointed out that such disparity in the distribution of wealth and decision-making power was not just unfair economically, but without economic democracy it was impossible to achieve genuine political democracy. The message could be reduced to a simple formula: wealth = power, lack of money = subservience. How could we change that? How could we create a truly democratic society?"

5. "If you have no influence over your own working conditions, what kind of power can you have over the economics and politics of the entire country? Why bother to vote? Why bother to pay attention to politics? And millions don't. In Vermont and throughout the country, the rich ante up $500 or $5,000 at a fundraising event to support the candidate who will represent their interests. Meanwhile, the majority of the poor and working people don't even vote. No wonder the rich gets richer and everyone else gets poorer. Are we really living in a democracy?"

6. "Believe me. The problem with Washington, and politics in the Untied States, is not that ordinary people have too much power and influence. It's not that too much attention is being paid to low-income children. It's not that the needs of the rich and large corporations are being ignored.

The problem, for those who have just crawled out from under a rock, is that groups representing the wealthiest people in this country are able to decisively influence the legislative process so that public policy reflects the interests of the privileged few and not the needs of the general population. And if you don't understand this simple fact, you haven't a clue as to what politics in America is all about."

7. Democratic Socialism can be described as: "A vision which says that in this richest if all nations all of our people, and not just the wealthy, should enjoy the fruits of their labor with decent jobs and benefits that allow them to live in dignity. That we cannot continue to have the highest rate of childhood poverty in the world, while the number of millionaires and billionaires continues to increase. A vision which says that every man, woman, and child in this country is entitled to healthcare as a right of citizenship, and that the United States must join the rest of the industrialized world by enacting a national health care system, a single-payer health care system. A vision which says that lifelong quality education is the essence of what being alive is about, and that all of our citizens, no matter what their incomes, should be able to receive a higher education.

A vision which says that we respect the struggles that women have been waging for so many years, and that the very personal decision of abortion must be decided by the woman herself--and not Newt Gingrich or the United States government. A vision which says that we judge people not by their color, their gender, their sexual orientation, their nation of birth--but by the quality of their character, and that we will never accept sexism, racism, or homophobia.

A vision which says there is no conflict between respect for the environment and job growth, and that, in fact, our economy improves when we stop environmental degradation. A vision which says that a society is ultimately judged by how we treat the weakest and most vulnerable among us--the children, the elderly, the sick, the disabled. And that we do not cut back on programs which help the weak and powerless, in order to give tax breaks to the rich and the powerful." 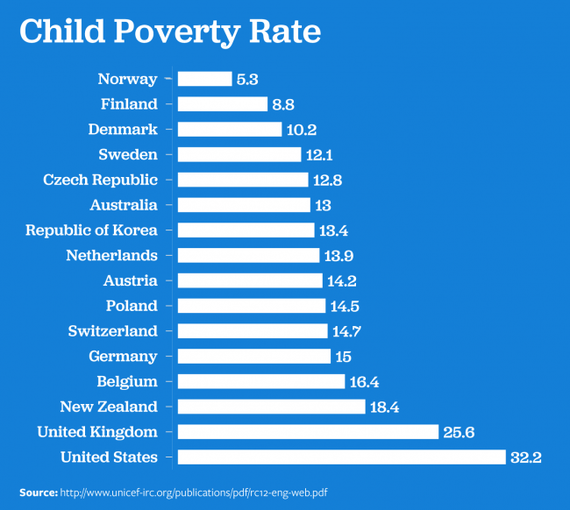 8. "For as far back as I can remember, I have always been a proponent of a national health care system. It just seemed eminently fair and right. How can we call this a civilized society when some Americans have access to the best medical care in the world and others are unable to walk into a doctor's office because they lack money? How can we tolerate a situation where the children or parents of the rich get the medical attention they need in order to stay alive, while members of the working-class families, who lack health insurance, have to die or needlessly suffer--or go hopelessly into debt to get the care they need? This is an outrageous injustice and it cannot be rationally defended."

9. "I am convinced that if we can muster the courage to work together, we can do what needs to be done. Building a progressive future requires building a progressive movement. And that means that in every community of America citizens must stand up and say, 'We believe in economic justice for all. We will no longer accept a situation in which the wealthy and powerful have undue influence. We are going to change this nation, and we are going to start by doing what needs to be done from the grassroots on up.'

It is time, in other words, for you to begin doing in your community what many of us have begun doing in Vermont: take a stand, organize, and use the political process to build democracy all over again...

As we move toward a progressive and democratic future, I am sustained by the hope that one day, when millions of Americans are actively involved in the political process and are standing up for their rights and those of their children, a majority of the members of Congress will then represent the interests of ordinary people, and not the rich. When that day comes, we will no longer be outsiders in the House.

That House, and this country, will then belong to all of us. And that's the way it should be."

10. "What could happen, what would happen, in this country if progressives were allowed to have four or five nights of prime-time television and front-page newspaper coverage? What would happen if we could present a point of view that most Americans are unfamiliar with? Would we suddenly be the dominant political force in America? No. Would millions of Americans develop a much more sympathetic attitude toward democratic socialism? Yes."