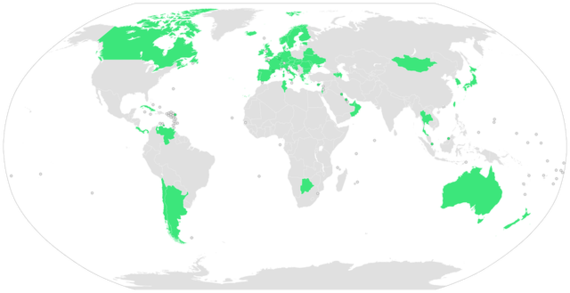 Republicans and other critics call Bernie Sanders' proposals for single payer health care for all and free college education impractical idealism. Do these proposals represent idealism? And are they impractical?

The Merriam-Webster dictionary's simple definition of idealism is "the attitude of a person who believes that it is possible to live according to very high standards of behavior and honesty." According to this definition rejecting the "idealism" of universal health care and free college education would be the antithesis: acceptance of low standards and dishonesty.

The predominant view of idealism, though, is more in line with its meaning in classical Greek sculpture:. "It is designed to mirror reality in an idealized way, to create the perfection that the ancient Greeks aimed for in art, philosophy, and all manner of expression." In other words, classical Greek sculpture offers an idealized version of the human body emulated in few if any actual humans--a wishful unrealistic fantasized reality.

And that's precisely what critics are labeling universal health care and free college education---impractical fantasies. Yet nothing could be further from the truth. Why? Because working examples of both are staring right at us in countries on every continent.

Every other industrialized nation has universal health care--some dating back to the first half of the twentieth century. Thus, isn't it odd, suspicious, and shameful to insist that single payer health care for all its citizens is not viable today for the richest country in the history of the world?--especially considering that Norway had single payer health care as early as 1912, Japan in 1938, Belgium in 1945, and the United Kingdom in 1948. Even some developing nations have universal coverage and others are striving toward it.

Let's be honest. To call health care for all and free college education idealism is to deny realistic possibilities in the service of an ideology that idealizes greed and eschews compassion and courage. It's defeatism and a betrayal of the American way. It is surely not the greatness that Donald Trump says he wants to restore to our country.

Sociologist Theodore Roszak understood that well. Sixteen years ago in a talk before the American Society on Aging he compared the state of health care in America to the automobile industry at the turn of the twentieth century. Cars were initially toys for the rich, he noted. They were costly and there were few paved roads to accommodate them.

But Roszack pointed to visionaries who foresaw that the automobile would eventually become vital for commerce and a big boost for the economy. These "idealistic" thinkers envisioned a vast network of roads and highways criss-crossing America. The naysayers spurned the prospect of extensive road construction. A 1902 commentary in Harper's Weekly scoffed: "The actual building of roads devoted to motor cars is not for the near future, in spite of many rumors to that effect." Other opponents of highway construction, according to Roszak, cried out, "That's crazy and will cost hundreds of millions-- we can't afford it" But vision led the way and the roads were built. "Idealism" triumphed over pessimism.

Roszak concluded that America took the visionary route because we valued business and therefore were willing to do whatever was necessary to support it. Applying that thinking to health care, he forecast that when we truly value well-being we will find the will and means to provide medical care for everyone.

The same is the case for education. If we truly valued education and fully grasped that a college-educated workforce is vital for America to compete successfully in the 21st century economy, we would not tolerate the forbidding financial barrier to higher education. A barrier that is insurmountable for many, that forces others to postpone college, stretch it out, or drop out--and for the vast majority who make it through to graduation imposes a crippling student debt load.

So let's drop the "idealism" rhetoric and talk about vision, compassion, and courage to do what's right for all Americans--and a great future for our nation

Bernard Starr, PhD, is a psychologist and professor emeritus at the City University of New York (Brooklyn College). He is also the main United Nations representative for The Institute of Global Education (IGE) that founded the Mucherla Global School in Mucherla India. IGE is an NGO with consultative status with the Economic and Social Council (ECOSOC) of the United Nations.