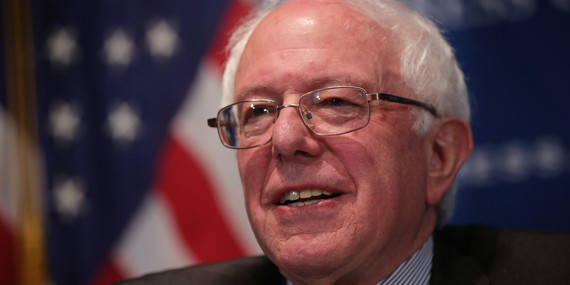 The Sierra Club calls Keystone XL a "climate disaster." Therefore, when a presidential candidate once "inclined" to green-light the pipeline hires someone who was also a "major Keystone lobbyist," Democrats should inquire as to the reasoning of such a curious decision. In addition, while Republicans focus solely on jobs and energy independence, questions should be asked regarding the long-term economic cost of spills. An article earlier this year titled Yellowstone Pipeline Spills Fuel Arguments Over Keystone XL Line highlights the long term economic consequences of ignoring oil spills:

The Montana pipeline breach temporarily fouled a city's water supply and emerged as the latest in a string of spills to highlight ongoing problems with maintenance of the nation's 61,000 miles of crude oil pipelines.

Keystone would move up to 830,000 barrels of oil a day. A break in the line could dwarf the recent Montana accident, on a line with a capacity of just 42,000 barrels daily.

Therefore, if a Keystone oil spill "could dwarf the recent Montana incident" and ruin water supplies, then why are Republicans and some Democrats supporting Keystone?

It's important to note as well that the Keystone pipeline will go from Alberta, Canada, and then through Montana, South Dakota, Nebraska, Kansas, Oklahoma and Texas, all the way to refineries along the Gulf Coast. The Wall Street Journal states that for the Deepwater Horizon oil spill, "Settlement of all federal and state claims brings total costs to nearly $54 billion." Because of its size, there's a real possible that a spill from Keystone could easily exceed such costs; communities from Montana to Texas would be affected for decades, both economically and environmentally from a devastating oil spill.

While the debate rages, some people have taken a firm and bold stance on the environmental disaster in the making. Perhaps the biggest opponent of Keystone XL in Congress is Senator Bernie Sanders, who says, "The idea that we would give a green light for the transportation of 800,000 barrels of some of the dirtiest oils all over the world makes no sense to me." In addition, Bernie Sanders has openly questioned the sanity of Congress, declaring that "it is totally crazy" to think Keystone won't adversely affect the planet and states the following:

With the scientific community telling us loudly and clearly that we must transform our energy system away from fossil fuels if we are to combat climate change, it is totally crazy for the Congress to support the production and transportation of some of the dirtiest oil on the planet.

Clear and direct, Sanders isn't ambiguous on his stance pertaining to Keystone.

Others, however, are more nuanced in their views.

One big question for Democrats in 2016 will be Hillary Clinton's 'inclination' to support Keystone. In an article by The Christian Science Monitor titled Hillary Clinton has a Keystone XL problem, Clinton's ambiguous position on the biggest environmental controversy of recent years is analyzed:

As Secretary of State, Clinton said she was 'inclined' to sign-off on the pipeline, which would carry emissions-heavy oil sands from Alberta to US Gulf Coast refineries. Since then, Clinton has remained silent on Keystone XL...

'We all remember when Clinton said she was 'inclined' to approve Keystone XL. If the pipeline goes through, she'll shoulder part of the blame, and this protest today will be just a small taste of actions to come,' Jamie Henn, spokesperson for 350 Action, told the Monitor in an email Monday. 'Clinton is saying many of the right things on climate - Keystone XL is an easy way to start doing the right thing.'

Therefore, a statement like, "If the pipeline goes through, she'll shoulder part of the blame," doesn't bode well for a Democrat who is supposed to counter Republicans on this emotional debate. Being "inclined" to support Keystone at one point only strengthens the GOP's hand in the Congressional battle.

In February, President Obama sided with progressives like Bernie Sanders and took a direct and unwavering stand on the Keystone XL pipeline, vetoing the Keystone XL bill and blocking what 350.org describes as a "pipeline that would connect Alberta, Canada with Gulf Coast refineries that would carry 800,000 barrels per day of tar sands oil across the United States to be refined, exported and burned." Like Bernie Sanders, who vehemently opposes the pipeline and believes it will lead to a "significantly less inhabitable" planet, Obama listened to the concerns of Greenpeace and others regarding "how disastrous the tar sands oil industry is to the climate."

However, the debate will still continue with the next president, and a POLITICO piece titled Greens divided over Hillary Clinton and Keystone explains one presidential candidate's silence and the impact of this communication style:

Hillary Clinton is maintaining her years of silence on the Keystone XL pipeline -- and environmental groups are increasingly divided on how hard they should push her to take a stand.

It's a further sign that the never-ending pipeline drama will remain one of the biggest policy minefields facing Clinton's White House campaign...

'Activists who are the ones that will turn out for her events and donate money are the ones who will also see the gap of her talking about climate change and yet (if she does) supporting tar sands and fracking,' said Jane Kleeb, founder of the anti-Keystone group Bold Nebraska. She added that Clinton 'needs to visit with us and hopefully not listen to some of the DC lobbyists who I just know are saying 'they will vote for you anyway, what other option do they have?''

Similar to Clinton's silence on the Trans Pacific Partnership and other controversial topics, where ambiguity is favored over a clear-cut stance that could lead to political backlash, Clinton's viewpoint on Keystone seems to still be mired in "years of silence." One telling observation from the POLITOCO piece is the quote referencing the mentality of many voters: "They will vote for you anyway, what other option do they have?"

From Keystone, to Iraq and gay marriage (up until 2013), it seems that many progressives are resigned to simply accept silence, or overt flip flopping on controversial topics. In lieu of principled and straightforward dialogue, some people favor a reverence for the $2.5 billion campaign machine that's expected to win the White House simply because it's received the most donor money. Like Eric Zuesse writes in Hillary Clinton's Bought-And-Paid-For Favors for Keystone XL Deal, "But of course, this isn't to say that she's any worse than other Republicans; it's merely to note that, like with Obama, her calling herself a 'Democrat' doesn't make any difference, other than to fool a different group of suckers."

However, there is a person in 2016 who embodies the Democratic and progressive principles (like gay rights, when he voted against President Clinton's Defense of Marriage Act) that Democrats were supposed to always uphold; even when polls went in a different direction. His name is Bernie Sanders and he is vehemently against Keystone XL, while others have been "inclined" to support it. In 2016, Democrats can accept silence on the future of a "climate disaster" in the making, or vote for Bernie Sanders, a candidate who clearly states "it is totally crazy for the Congress to support the production and transportation of some of the dirtiest oil on the planet."

Finally, the word "why" will be an important issue of its own in the upcoming election. If the GOP supports Keystone, and Clinton was "inclined" to support it, then why does there exist a difference on Keystone between Sanders and Clinton? Why is one person overtly against it while the other is silent? The answer to this question, and to several others, could dictate who wins the 2016 Democratic nomination. It's also an answer that might enable Bernie Sanders to win the presidency.