Who won the second Democratic debate? Hundreds of thousands of people voted online, and an overwhelming majority declared Bernie Sanders the top-performer. 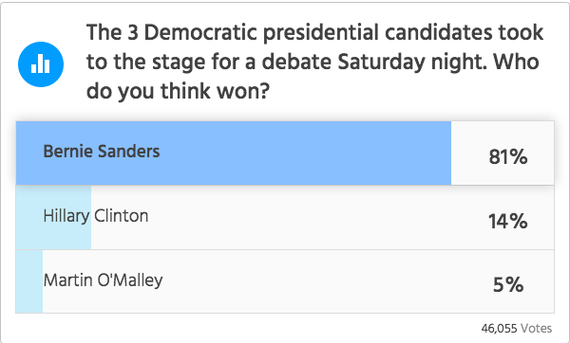 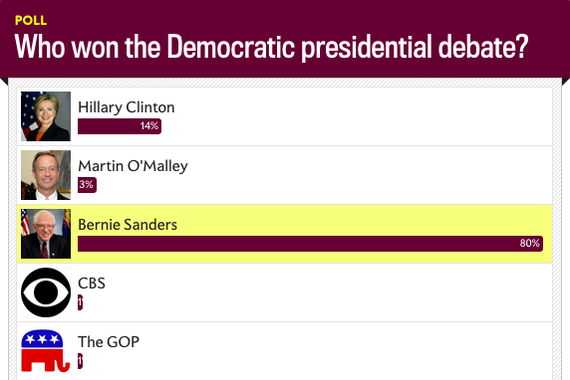 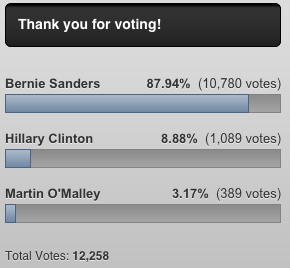 According to the Washington Times, Bernie Sanders won in a landslide.

In Syracuse.com's poll, Bernie took home the gold and 90% of the online vote. 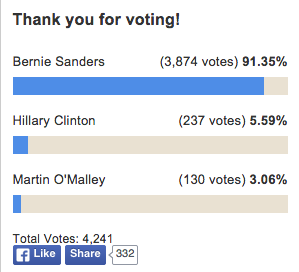 In CBS Philly's poll, Bernie dominated with 93% of all votes. 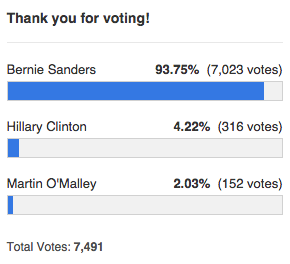 *The results of these polls are not statistically representative of all eligible primary voters. They were documented on Sunday, November 15 at 2:00 a.m. EST.