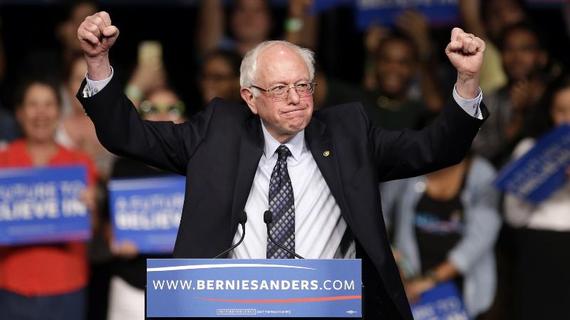 Bernie Sanders has all of the momentum after another big win in Wisconsin, where 86 delegates are at stake. This marks Sanders' 17th win overall and his 7th victory in the last 8 contests. The graphic below, which aggregates Real Clear Politics' polling data, illustrates exactly how far Sanders' support has come since 2015. 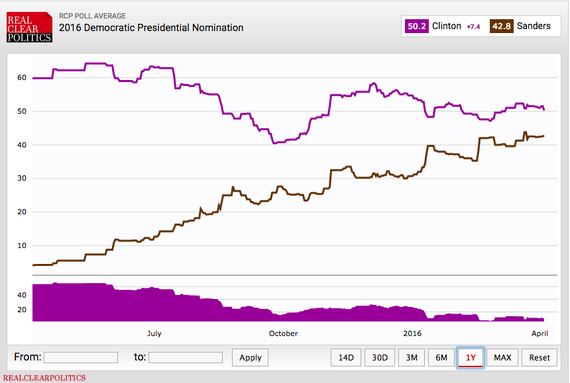 While Sanders did mount a last minute comeback in Wisconsin's latest polls, he had trailed Clinton by up to 40 points for months leading up to the April 5th primary. The data visualization below, courtesy of FiveThirtyEight, highlights how Clinton lost a significant amount of steam in the weeks before Wisconsin. At the same time, Sanders' support went through the roof, as it has throughout much of the country. 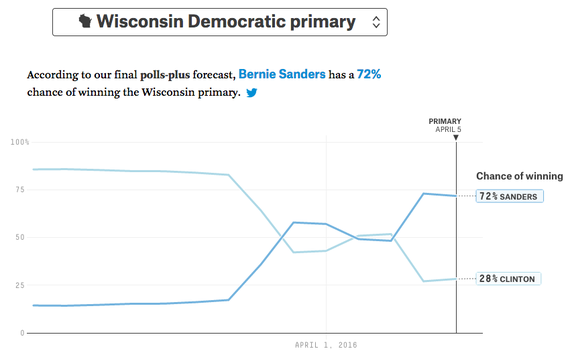 With Clinton falling flat in key states like Michigan, Washington and now Wisconsin, and the New York primary approaching, the Clinton campaign will need to reassess how they plan to beat Senator Sanders going forward. Yes, Clinton remains in control of her delegate lead for now. But the Clinton camp cannot be happy with only one win in the last 8 delegate battles. The supposed frontrunner will need to stop Sanders fast before he takes 247-delegate New York and clinches the Democratic nomination.

Today, Sanders posted this infographic before adding Wisconsin to his list of wins. 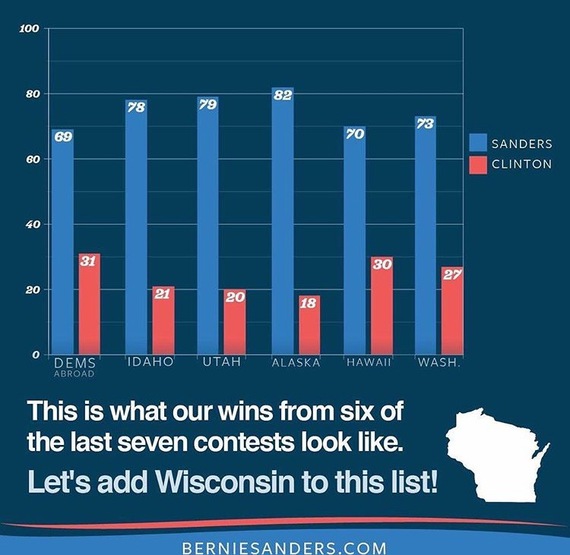