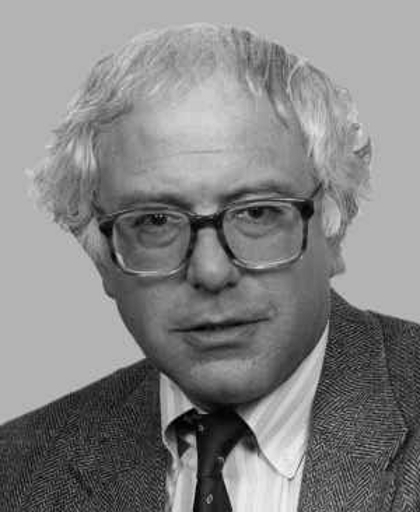 I just woke up from a nap. That was my mistake: waking up.

But right before I woke up, Bernie whispered in my ear, "I am going to win."

What proceeded that was a dream of Bernie being president and fixing the country.

As I woke up I realized the opportunity I have been missing.

I am coming out for Bernie. And not just because he is visiting undecided voters in their dreams.

When you are for Bernie you can't lose. Simply because Bernie can't win.

I can be all dreamy while he is running because he is saying the sorts of things that I just love to hear -- idealistic things. I want the little guy taken care of, a chicken in every pot and universal health care.

You bet I do. And Bernie is the only fellow promising such things.

I doze off listening to Bernie though, because he could only do the things he talks about in my dreams. But he is my candidate.

If you are a realist you may ask: "What about when he loses?"

That is the beauty of this. He has fired up the hopeful, idealistic aspects of so many people that he has already changed America. When he loses he will be the best candidate to have been for. And we can all keep dreaming about the wonderful things he would have done. At least we were for the good guy. I wouldn't want to hang out with anybody who wasn't for Bernie. Would you?

I love Bernie, like I used to love my grandfather and Santa. And this is the really cool thing about being for Bernie is we won't ever have to see him torn apart by rabid Republicans like the guy I voted for in the past two elections.

Bernie doesn't have to meet that fate because he is unelectable.

Not sure how I missed this all the while. Go, Bernie, Go! Beat them Bernie, fix the system. You can do it. You have my vote.

I am not the first guy to go for Bernie and I won't be the last, but please, as we go forward, remember I am for Bernie a hundred percent: wink wink, nod, nod, Zzzzzzzzzzzzzzzz.

It's not too late for you to come out for Bernie. Shuffle away from your realism and join the side that can't lose. It really is a can't-lose proposition, you get to light a fire under your idealism, dream of a perfect United States and get some rest at the same time. Freud insisted that dreams are good for you. Interpreting my dream of fixing this big beautiful land isn't difficult.

It means I gotta go all the way with Bernie, and that's exactly what I'm doing.

Better yet, as wild idealists we just might consider that Bernie getting as far as he has is already a win. So we can call him President Bernie and fly off into one of all possible worlds in which he is the head of state. Idealists don't count votes, they celebrate preference over probability so let's get on with celebrating his victory.