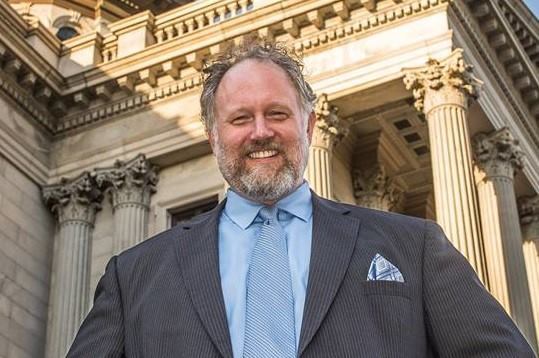 An endorsement by the South Carolina Democratic Party is rare, but a resolution passed by the party said Bjorn's endorsement is "an effort to fight against Republican manipulation of our Democratic Primaries."

The resolution endorsing Bjorn also criticized Black for his support of policies that are against the party's platform.

Phil Black, who was referred as a "fake democrat" by the South Carolina Democratic Party, ran as a Republican in 2008, 2010, and 2012 and claimed to be a Democrat on paper during an interview.

Those familiar with South Carolina's politics will recognize "Republican manipulation in Democratic Primaries" as a Republican who runs for office as a Democrat to avoid losing to a stronger Republican during a primary election. South Carolina voters do not have to declare any political party affiliation when they register to vote, which means that any voter of any political persuasion can vote in any party's primary.

Bjorn, a public librarian, was also endorsed by the South Carolina AFL-CIO and Congressman James Clyburn (D - SC). Bjorn was inspired to run for Congress after he heard Bernie Sanders speak during a town hall held at the Medallion Center in Columbia, South Carolina. "Bernie said, 'there is nothing that together we can not accomplish.' And in that moment I told myself, 'I must take a stand.' I was inspired by Bernie Sanders to run," said Bjorn.

As the race between Hillary Clinton and Bernie Sanders comes to a close, there will be many progressives voters who are seeking an opportunity to find ways to carry Bernie Sander's progressive campaign forward on state and local levels. Perhaps Bjorn and the South Carolina Democratic Party have found a way to provide Democrats an opportunity to have a liberal candidate who can challenge Republicans while honoring Democratic values.

It is not certain that the endorsement from the South Carolina Democratic Party will provide Bjorn the support he needs to defeat Phil Black on June 14th; however, it is evidence that the party is willing to take a stance on the side of a Democrat who espouses Democratic Party principles.