A lot of folks these like to compare their political enemies to Darth Vader, but what of our political heroes? One such metaphor from a galaxy far, far away has been bouncing around in my head for a few years, now: Vermont Senator Bernie Sanders, with his perpetually ahead-of-the-mainstream views, finds himself treated like old Ben Kenobi in the beginning of A New Hope, a crazy old wizard with no real shot. Now, though, it seems like maybe the tide is turning, as though millions of liberal voices are crying out, and being heard.

Here's my tribute to BernieWan. May the Force Bern with you. 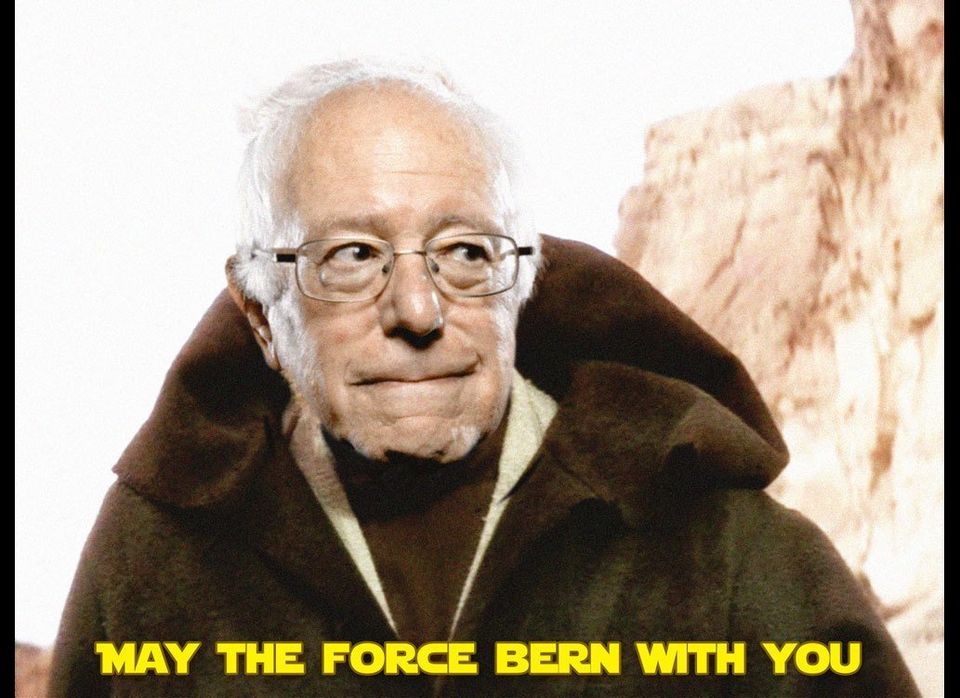