Few corners of the grocery store have caused as much controversy as the energy drink cooler.

American teens, a third of whom consume caffeinated drinks on a regular basis, are at the center of a health debate that researchers, parents and nutritionists have been having for years. While brands like Monster, Red Bull and Rockstar boast the “power to give you wings” and fast-acting energy kicks, a slew of newcomers to the caffeinated beverage market are singing a different tune, about organic ingredients, low sugar and natural energy.

As with any trend, the onus falls to the consumer to pick apart the marketing from the substance. Paige Penick, a registered dietician and owner of Start Fueling Better in Overland Park, Kansas, told HuffPost, “Product packaging can make claims and use trendy terms that make them seem really awesome and superior, but it is often not legitimate and just a marketing ploy to make money.”

To get a better sense of the kinds of kick out there: the average cup of espresso has 63 mg of caffeine, a single serving of matcha has roughly 72 mg of caffeine and a can of Red Bull has 80 mg of caffeine.

Which alternative energy drinks are actually the healthiest? Which have the least sugar, and which actually work the best? And what about taste? Here’s a guide to some of the most popular options out there. 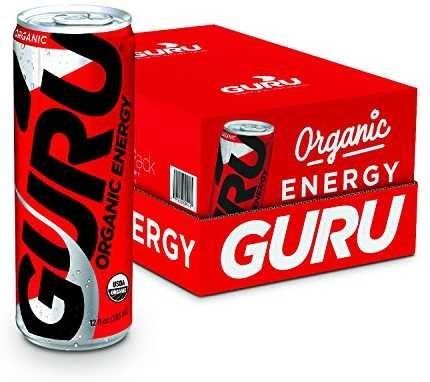 Guru
8.4 fluid ounces100 mg caffeine80 calories21 g sugar0 g proteinGuru’s emphasis is on “good energy,” and the brand aims to set itself apart from the traditional energy drink set by highlighting organic ingredients like ginseng root extract and organic green tea leaf extract.That said, it’s impossible to miss the 21 grams of sugar from the first swig; the rush of sweet grape and apple flavors is, quite frankly, overpowering. That’s why Guru is likely to appeal to those who like the flavor in drinks like Red Bull, but want an energy source that uses fewer, better ingredients.Guru also makes sparkling energy waters with no sugar content and relatively milder flavors like lime, but these have a noticeably lighter kick to them than the actual energy drinks.
MatchaBar Hustle Energy Drink

MatchaBar
12 fluid ounces120 mg caffeine5 calories1 g protein0 g sugarWith cafés in Los Angeles and Soho and Chelsea in New York (and an extremely popular Instagram account), MatchaBar isn’t exactly beating around the bush when it comes to courting millennials.“The products and brands we grew up with — the majority of which were powered by taurine, or filled with chemicals — don’t make sense anymore now that we have put a clean alternative energy source on the market,” Graham Fortgang, the brand’s co-owner and founder, told HuffPost.Although tea traditionally has a lower caffeine content than coffee, MatchaBar’s matcha tea-based energy drink, Hustle, has almost 40 percent more caffeine than a single serving of Monster. It’s likely to be most popular with those looking for a low-sugar option (in fact, it has no sugar whatsoever) and relies on monk fruit (a melonesque sugar substitute), lemon and lime for its natural flavor.Dafna Chazin, a registered dietician in southern New Jersey, told HuffPost, “The caffeine [in matcha] originates from green tea leaves that contain L-theanine and chlorophyll. L-theanine is known to boost energy levels and provide a calm-yet-alert feeling that lasts several hours, as opposed to the jolt of short-lived energy we often get from highly processed forms of caffeine.”
HiBall Organic Energy Drink 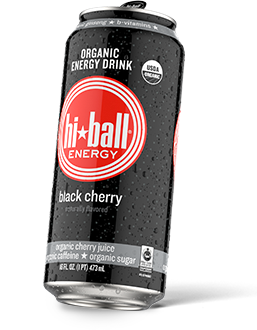 HiBall
18 fluid ounces (Ruby Red Grapefruit flavor)160 mg caffeine160 calories0 g protein40 g sugarHere’s the deal with HiBall –– if you’re looking for a sharp kick in the pants before a busy workday, long hike or a sporting event, a single can has 160 mg of caffeine, making it the most caffeinated option of the bunch. It’s also really high in sugar; for context, a can of Monster’s original flavor contains 27 grams of sugar, while HiBall’s lowest-sugar option, Pomegranate Acai, has 31 grams of sugar. The brand’s tastiest flavor, Ruby Red Grapefruit, has a whopping 40 grams.With flavors that clearly resemble fruit and thankfully lack that artificial taste to them, HiBall feels much more like carbonated juice than it does an energy drink. Regardless, Chazin warns against the desire to guzzle away: “Coffee is usually sipped over time, energy drinks are typically more juicelike and therefore can be gulped quickly, which can be dangerous, especially in warmer weather. Several deaths have been recently attributed to overconsumption of energy drinks by young individuals with underlying cardiac issues, especially when drank prior to sporting events.”
Guayaki Yerba Mate 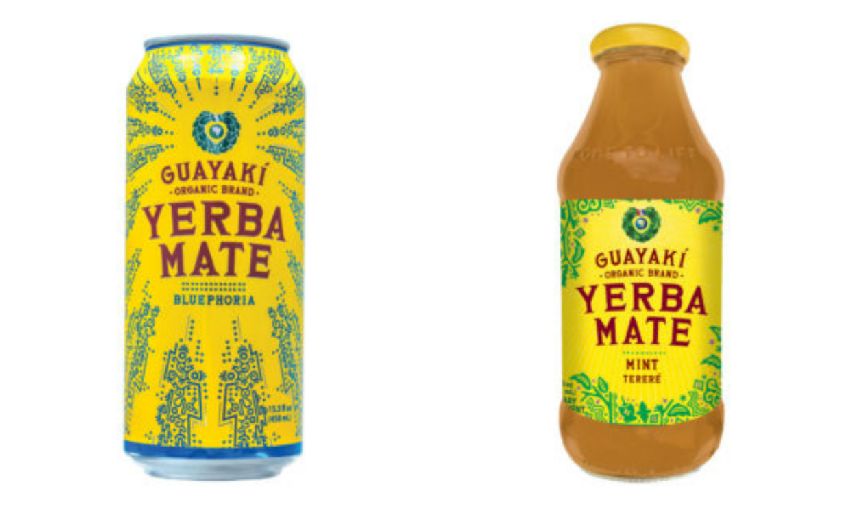 Guayaki
8 fluid ounces (Bluephoria carbonated, can)150 mg caffeine60 calories0 g protein14 g sugar8 fluid ounces (Pomegranate Tereré, bottle)140 mg caffeine55 calories0 g protein13 g sugarIf you’re a tea drinker and want an even stronger caffeine kick than what matcha provides, yerba mate is a great option. Over the past few years, this tea has been having a moment, and Guayaki has been spearheading the trend in Whole Foods markets across the U.S.“Although studies are limited, mate seems to have several health benefits including antioxidant properties, which reduce the risk for chronic illness such as heart disease or certain types of cancer,” says Chazin.Guayaki offers several options that it helpfully classifies on a sliding energy scale from “Light” to “Mighty.” It’s hard to get a sense for what the flavors will taste like, unless “Bluephoria” and “Revel Berry” ring a bell. In general, these feel like caffeinated Snapples, in a good way. For those who aren’t fond of the carbonation that most energy drinks have, the brand differentiates between sparkling and traditional options — just know that the carbonated versions are lower on the caffeine scale than the traditional drinks.

CORRECTION: This story previously misstated the amount of caffeine in the Guru energy drink.

Science Confirms That Guys Who Drink Energy Drinks Are Terrible 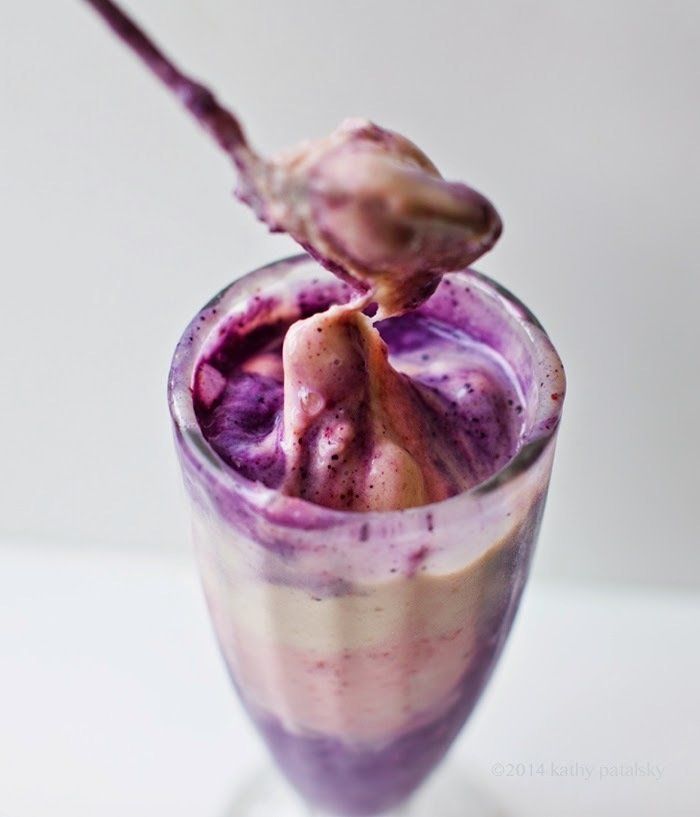