Listening to a book can make time disappear during long drives, workouts and boring vacuum-the-house sessions. Here's the best of the bunch -- ones that put you right into the story from first spoken word.

1. Beautiful Ruins by Jess Walter
Read this juicy novel for the trip to Italy. Listen to it for the crisp-sounding, English-speaking yet Italian (Edoardo Ballerini) sitting beside you as the guide on that trip -- who can really roll his r 's.

2. The End of the Affair by Graham Greene
I'm only going to say this once: Colin Firth's speaking softly, directly into your ear -- and he's talking about love.

3. The Help by Kathryn Stockett
Unlike the lone narrator of most audiobooks, The Help has four, including Octavia Spencer whose real-life friendship with the author Kathryn Stockett helped inspire the character of Minny. The result? You feel as if you’re sitting in the kitchen with these women from 1960s Mississippi, listening to the story unfold around you.

4. In A Sunburned Country by Bill Bryson
Bill Bryson narrates his own hilarious, thought-provoking nonfiction books, and by listening to him, you hear the story exactly as he wrote it -- with every punchline perfectly different. In A Sunburned Country, a tour of the lethal animals of Australia, isn’t so much about the plot as it is about the quirky nature of both the country and the author. Our alternate choice? A Short History of Nearly Everything.

5. Society’s Child: My Autobiography by Janis Ian
Memoirs and autobiographies read by the author make for such intimate, compelling audiobooks; you get to hear the real voice of the real human being behind the real story (Think about: Bossypants, by Tina Fey and The Glass Castle, by Jeannette Walls.) But Society’s Child -- Ian’s look at the turbulent, eye-opening 1960s -- goes a step deeper by incorporating her songs and guitar music into the recording.

6. The Poisonwood Bible by Barbara Kingsolver
Kingsolver’s novel about a missionary family who moves from Georgia to the Congo is devastating -- and riveting. And when it’s read aloud, you get such a complete understanding each of the four Price sisters, mostly due to narrator Dean Robertson, who creates a completely different, totally believable voice for each one. Be prepared to weep -- and lose the next 12 hours and 10 minutes.

7. Harry Potter by J.K. Rowling
Something about listening to a fairy tale -- even a modern one -- makes all that fictional magic feel so much more potent and realistic. J.K. Rowling’s classic has been recorded by two narrators, but our favorite is Jim Dale for his deep, rich voice that makes each novel sound like a book of spells come to life.

Earlier on HuffPost OWN:

PHOTO GALLERY
11 Books to Devour On a Long Flight

Audiobooks Book Recommendations Own OWN Empower Yourself Books 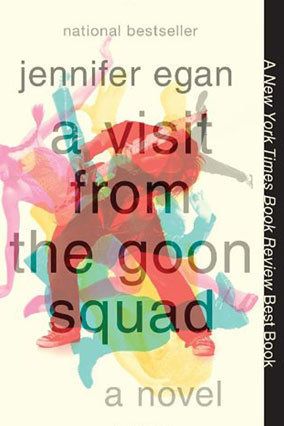