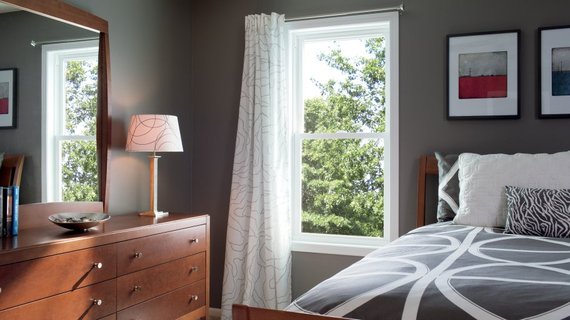 Americans do many things in the bedroom - watch TV, work and exercise - but many of us aren't doing the most important thing we need to do: sleep.

According the Centers for Disease Control, 50 to 70 million of us don't sleep through the night. It's a growing health concern as the lack of sleep contributes to health issues, such as hypertension and obesity, as well driving and occupational injuries and fatalities.

Besides counting sheep, what can one do to usher in a good night's sleep? The answer could be as simple as painting your bedroom in a relaxing, tranquility-inducing color.

Think of light blues, earth tones or soft, muted colors instead of bold or bright when choosing bedroom colors to promote sleep.

"When you walk into the bedroom, you want it to transition into a really relaxing, restful space," says Amy Contreras, owner of Amethyst Interiors of Indianapolis. "Bedrooms should feel a little bit Zen." 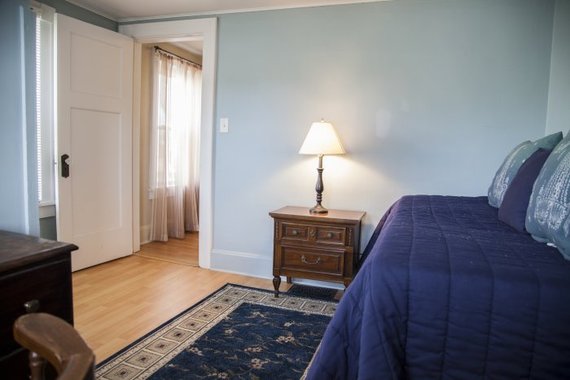 It's no wonder interior designers often recommend shades of blue for the bedroom. A 2013 study by Travelodge found people who have a blue bedroom get the most sleep at night - clocking in seven hours and 52 minutes. Blue, the color of the sky and ocean, invokes a feeling of calm, which may contribute to better sleep.

While blue tops the list, it's not for everyone. Shades of green, yellow and orange, as well as gray, coral and beige can also improve sleep quality, interior designers and painters say.

"Everybody is drawn to a certain color palette," says Diane Haignere, owner of Ready Set ReDesign in Columbus, Ohio. "A very soft taupe or a soft gray or a very soft buttery kind of a creamy color with a little yellow tone is a good one, too." 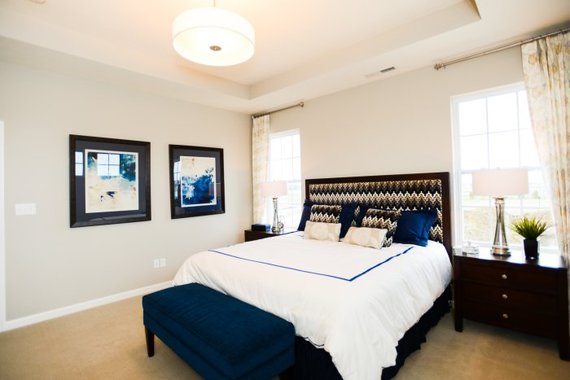 Avoid bright colors in the bedroom

Contreras says people often make the mistake of using intense, bright colors in the bedroom. "Visually, it can really increase the amount of energy in the room," she says. "That works against resting or relaxing because you feel really stimulated in that type of environment."

Tony Mack, owner of Changing Colors, a painting company in Chicago, tries to talk his clients out of bright colors, but if they insist, he suggests a slight tweak.

Mack also has a way to help adults who suffer from shift work sleep disorder. He suggests painting bedroom walls in a calming color, and instead of painting the ceiling white, using a dark color, which he says makes it easier to sleep during the day. 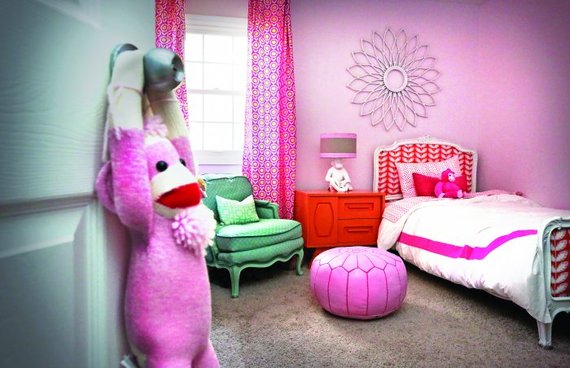 While sleep deprivation typically focuses on adults, don't forget about children's bedrooms, Contreras says. Most parents and children want fun, upbeat bedrooms with bright colors and patterns. Sure, those rooms look fabulous, but they're also stimulating and may inhibit the deep sleep children need.

"You can still have colors, but maybe they're slightly muted and still have patterns, but they're not taking over the space," Contreras says.

This post originally ran on AngiesList.com and is part of a series produced by The Huffington Post and Angie's List on the topic of sleep. The series aims to educate readers about the dangers of sleep deprivation. Angie's List is here to help improve your home, offering more than 700 types of services for your family. For more information about Angie's List, visit AngiesList.com.