To the brewers, those of you who end your days with grain chaff in your cuffs, whose entire existence has a yeasty odor and who labor in a world of chilled stainless steel vessels, we writers and editors at Where want to thank you for brewing the malt, for double hopping the IPA and for making the bitter extra special. In honor of Craft Brew Week, we raise our beer glass to you -- a glass filled with a frothy ale you provided us. And in honor of you, our Where editors from around the world would like to thank the people behind some of our favorite craft breweries. Travelers, if you're in these cities and need some suds, consider these well-brewed destinations for a flavorful pint of repose. 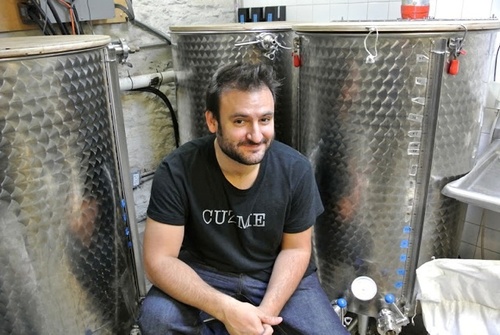 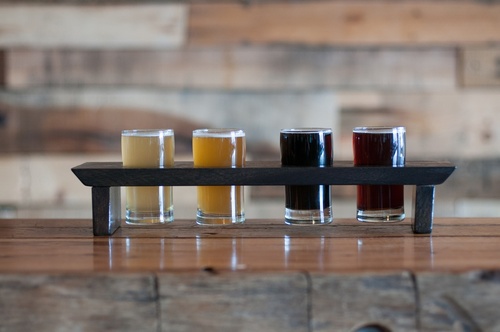 Nestled in the Irvington neighborhood, on Indy's east side, Black Acre has come roaring onto the local brew scene. Recent offerings on tap include Street Lamp Blonde, Goat Race Maibock, Saucy Intruder, a hefty 9.3 percent ABV tripel, along with nearly a dozen guest taps showcasing craft offerings from around the country. Add in a small-but-mighty menu with an extreme locavore focus (ham, capocollo, pastrami and other meats from Smoking Goose, baked good from Roll With It Bakery, house-cut fries and sweet potato fries), and you've got all the makings of a good, long visit. 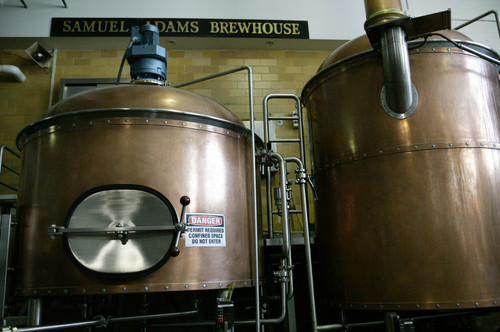 Back in 1985, Jim Koch debuted his first beer, and in doing so, fermented the modern, American craft beer movement. Today, Koch’s acclaimed original Samuel Adams Boston Lager remains a full-bodied favorite, as do other familiar flavors like Cherry Wheat, Noble Pils, Whitewater IPA and Cream Stout. Visitors can tour the flagship Samuel Adams Boston Brewery located in Boston’s Jamaica Plain neighborhood and then sample a few of Boston Beer Company’s more than 50 beers on every day but Sunday. 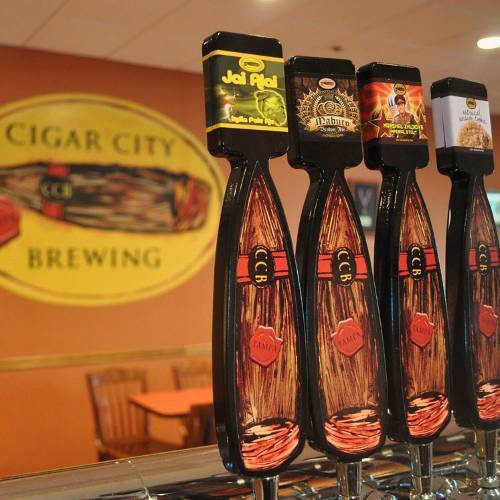 This rustic brewery is home to some well-known beers that have hit the craft beer shelves in the United States such as Jai Alai and Florida Cracker. Their tasting room is home to all the beers they brew and offers pints starting at $5. A tour of their 6,600 square feet of brewing space will leave you more knowledgeable on Tampa Bay’s brewing history all thanks to their passionate staff. Cigar City Brewing often hosts weekend food truck roundups so you can pair your brew with some delicious grub. Check their online calendar for weekend events. 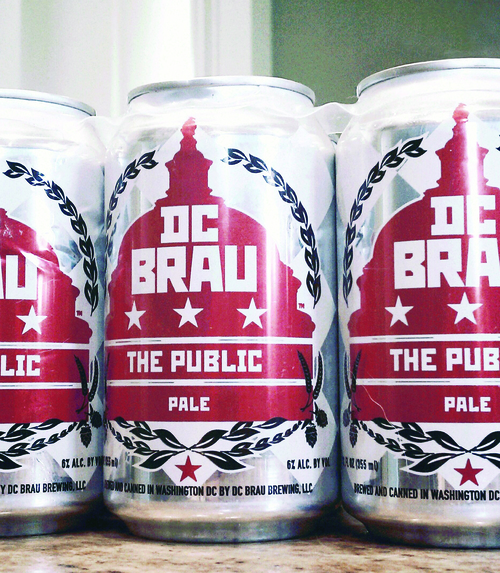 In 2011, Brandon Skall and Jeff Hancock opened D.C.’s first distribution brewery in 60-plus years. The drafts and cans premiered to huge crowds at Meridian Pint. And soon scores of other bars and restaurants served The Corruption, The Citizen and The Public, the last an American pale ale described as “a beautiful abundance of hops” with “tawny hues of caramel and amber.” Now beer lovers also go directly to the source. The brewery, brightened with quirky art like Pixel Pancho’s “Robot Reindeer,” opens for free tours and tastings most Saturdays from noon to 4 pm and fills growlers to go. 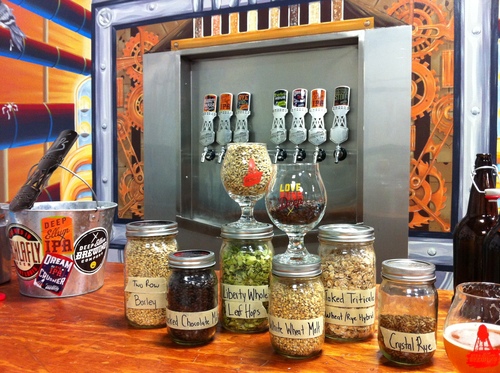 The brewmasters of DEBC are a little obsessed. Just one read through their “Beerfesto” and it’s obvious these guys have an addiction to high-quality, craft-brewed beer. Head to their brewery in the heart of Dallas’ music district for a tasting tour on a Thursday or Saturday, with a wide range of year-round, seasonal and small-batch lagers, IPAs, ales, porters and more to choose from. Or stop in during one of the tasting dinners or special weekend events for food, live music and lots of beer-sipping. 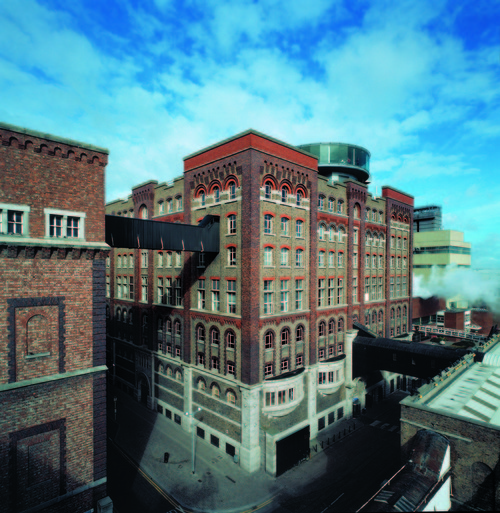 Ireland’s most famous export (in addition to U2) is celebrated in this huge venue, once the site of where the mighty Guinness stout was brewed. It was founded by Arthur Guinness in 1759, and stands very close to his former family home. Inside the storehouse, you can see the World Of Guinness exhibition, which includes fascinating adverts from over the decades, plus explanations of how the world-famous pint is created. The highlight (literally) is the breathtaking glass-enclosed Gravity Bar on the top floor, almost 200 feet above ground, where you can enjoy a pint of the black stuff, included in your ticket price.

Before it was snatched up by Anheuser-Busch in 2010, Goose Island Brewpub fueled its own local buzz thanks to its quality craft beers. With two brewpubs, one in the bustling, hip Lincoln Park neighborhood, the other within sight of Wrigley Field, the brand is now delivering beers to all 50 states and in Europe. See where it all began 25 years ago by touring the original Clybourn brewery. With a Goose Island brewer leading the way, you’ll get to try six current beer selections, or if you’re on the lookout for the next great brew, stop by on Thursday nights, for a tap and taste of the weekly premiering beer. Their summer brew, 312, is slightly hoppy, fruity and smooth; the Green Line Pale Ale is exclusive to Chicago. 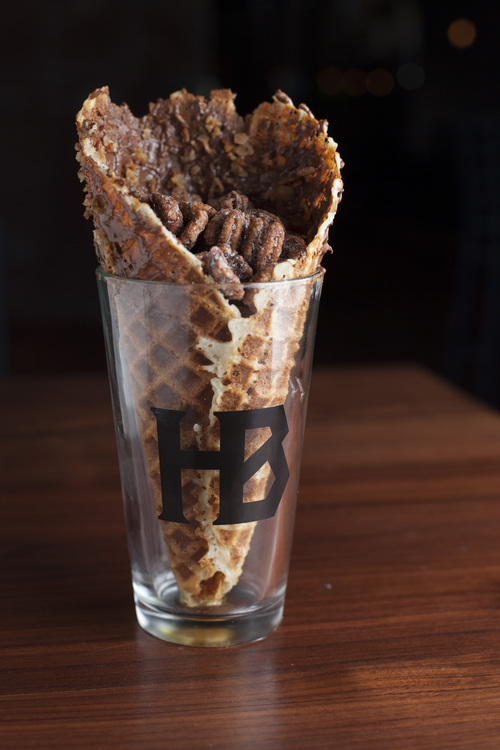 This newcomer to the Queen City’s burgeoning craft-brewing scene is already a local favorite. The brewpub is housed in a historic textile mill in the North Davidson Arts District (that’s “NoDa” to locals) and is loved not only for its tasty craft options like hefeweizen and oatmeal stout but its industrial interior. The inventive menu offers up both hardy and healthy options from salads to burgers and flatbreads, but you won’t want to miss the oven-roasted beer cheese—perfectly paired with pretzel sticks. 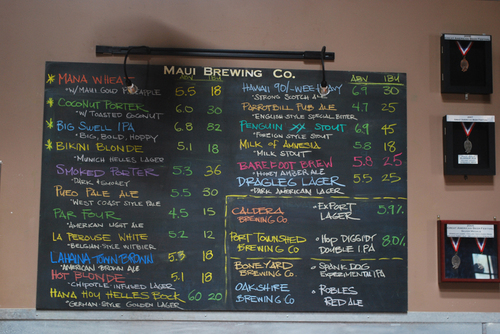 Cherries, lilikoi and papaya seeds may be common ingredients found in a Hawaiian chef’s pantry, and now they’re also starting to show up on labels at Maui Brewing Company. Since 2005, Garrett Marrero has been on a mission to create lagers and ales that are distinctly different from the Millers and Budweisers. Embracing the craft beer culture, Marrero and his spouse Melanie first took over what was once the Fish & Game Brewing Company & Rotisserie and turned it into a seven-barrel brew pub with more than 20 beers on tap, including Bikini Blonde, Coconut Porter and Big Swell IPA. Tours: Friday: 3, 3:30 and 4 pm; Saturday: 10:30 and 11:30 am; and 12:30 pm. Private tours are available for groups of 10 or more during tasting room hours (Tue-Fri: noon to 5 pm; and Saturday: 10 am to 2 pm). 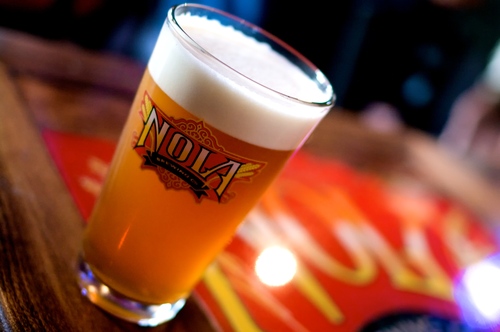 Beer has a long and heady history in the Crescent City, dating to the mid 1800s and owing to the large number of Germans who settled here. At one time, 10 breweries operated within the city limits. Today there’s just one: NOLA Brewing Company. In addition to its signature lagers and ales (NOLA Blonde, NOLA Brown Hopitoulas, 7th Street Wheat), the craft brewery also produces seasonal offerings, such as its fittingly named summer release, Hurricane Saison. Sample a pint fresh from the tap during the brewery’s free weekly tours and tastings, each Friday from 2 to 3:30 pm.

Founded by college roommates Freddy Bensch and Kevin McNerney in 1997, Sweetwater is now the 24th largest craft brewery in the nation. Specializing in aggressive West Coast style beers, the brewery’s award-winning lineup includes SweetWater 420, IPA, Exodus Porter, Blue, LowRYEder IPA and Georgia Brown, plus specialty and seasonal beers throughout the year. Taste it for yourself during fun (and very social) tours of the brewery, which are offered Wednesday through Saturday (Sunday tours are available beginning June 2). 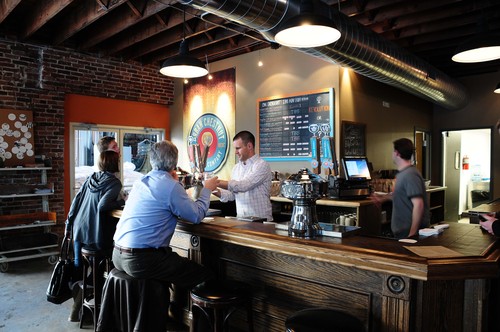 They call it "beer divergency," which is a high-falutin' way of saying they learned the rules of brewing inside and out ... so they could know best how to break them. The renegades at UCBC produce side-by-side lineups in their "Revolution" (artisanal, craft upstarts) and "Reverence" (homage to heritage-brewed classics) series. The handsome tasting room is a convivial place to sit and practice your pronunciation of "Zwickel" and "Wolpertinger" ... but you can also just point and smile. Great small bites and a charming, twinkle-lit patio make this a must-visit. 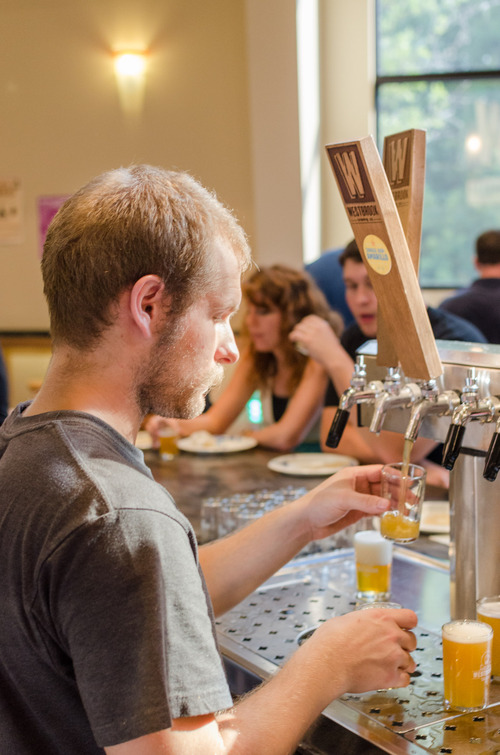 Tucked away but worth a tasty trip, Westbrook Brewery is known in the Lowcountry for its White Thai and IPA, as well as rotating seasonals and one-time specials -- like Weisse Weisse Baby, Vanilla Tree Dubbel and Mexican Cake. It all started with homebrewing: Morgan Westbrook’s family had a history with beer, her husband had a great chef’s palate, and after seven years of brewing to friends’ rave reviews, the pair decided to “start a brewery or just stop talking about it.” Get a sample sip on tap in the tasting room, or take a bottle, can or growler to go. 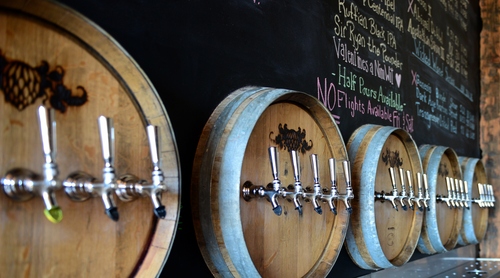 This newcomer to Asheville’s hops scene has already made a name for itself. While best known for its saisons and IPAs, you’ll also find unique tastes like bourbon-barrel-aged porters and stouts. Upstairs is a high-quality brew pub restaurant which is often packed thanks to its downtown location; downstairs is all about the brews, served in a rustic-industrial tasting room. If it's nice out, take your pint outside to one of their two patios. The name? That comes from a King Henry VIII quote: “Hops are a wicked and pernicious weed.” 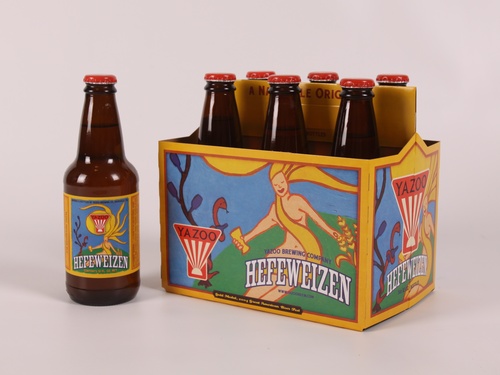 After years of home brewing, one-time Bridgestone tire engineer Linus Hall and his wife, Lila, decided it was high-time to open their own brewery. So Linus quit his job, got a business degree from Vanderbilt, a craft brewing education at the American Brewers Guild and some hands-on experience at Brooklyn Brewery English. Now the microbrewery offers eight British, Irish and Scottish-style ales, stouts, porters and wheats to choose from including Gerst Amber Ale, created in partnership with Nashville’s original brewery, Gerst Brewery. The taproom is open Wednesday through Saturday, or take a brewery tour on Saturday.