Individual donors in the United States collectively give far more money to charities than foundations and corporations combined.

There are countless charities to choose from, and many do good work.

But a precious few can say they dramatically improve or save people's lives in a cost-effective way, and then back up their claims with hard data.

How do donors find these diamonds in the rough? If you were donating today, how would you know which charities achieve the greatest impact for your dollar?

Until very recently, you wouldn't know. No organization existed to help provide this information to a typical donor.

Then came GiveWell. Elie Hassenfeld, one of the group's co-founders, says their goal is simple: "We want to answer the question, 'Where should I give to accomplish the most good?'" And, critically, they want their answer backed up by rigorous testing and substantial data.

The team of analysts at GiveWell work on two main tracks. On the one hand, they research an array of programs that could potentially help people facing extreme poverty or devastating illness. They try to determine which of the approaches -- for instance, providing bed nets to halt the spread of malaria, or offering microloans to low-income individuals -- are most effective and cost-efficient. (Bed nets are a stellar investment and microloans are not, according to GiveWell's research.)

This analysis immediately eliminates a great swath of charities from consideration. "So, one organization gives out malaria nets, and Heifer International gives out goats," Hassenfeld said. "The evidence for malaria nets is far stronger than the evidence for giving out cows or goats, and that gives the anti-malaria organization an advantage that Heifer International simply cannot overcome."

GiveWell then evaluates the remaining charities that use the most effective approaches. Charities often must submit their work to randomized controlled trials to demonstrate that their programs are well-implemented. GiveWell staff also review charities' internal documentation, "including monitoring and evaluation reports, budgets, and plans for using additional funding."

Each year, GiveWell announces its short list of top charities. In 2010, their recommendations drove $1.5 million to these groups. By 2014, that sum had ballooned to over $27 million.

GiveWell's efforts to promote transparency and data in the charity world have been lauded by academics and journalists, including ethicist Peter Singer and New York Times columnist Nick Kristof. Facebook co-founder Dustin Moskovitz has used the group's guidance to give away millions of dollars of his own money.

A surprisingly high number of the best-known charities -- groups like UNICEF, Save the Children, Mercy Corps, and Catholic Relief Services -- remain "complex and opaque," argues GiveWell. "They tend to publish a great deal of web content aimed at fundraising, but very little of interest for impact-oriented donors."

But as GiveWell's influence grows, more nonprofits are motivated to embrace transparency. "When we were first calling charities to get them to talk to us, the incentive was a $25,000 grant. A lot of charities said, 'This is not worth our time,'" Hassenfeld recounted. "Now I think many are excited to participate if they have a realistic chance of receiving some funding."

Below you'll find GiveWell's top charities, selected in December 2014. (If you're not sure how much to give, try consulting this calculator created by ethicist Peter Singer.) You can conveniently give to all four charities in one payment using this link.

GiveWell's summary: "Malaria is a major problem in sub-Saharan Africa. Over 1 million people -- mostly children -- die each year. Insecticide-treated bed nets prevent deaths and many other non-fatal cases of malaria and are relatively inexpensive -- about $5 per net. (For more details, see our full report on bed nets.) We believe that AMF effectively expands access to bed nets. More."

A child holds a bed net package from AMF in Orrisa, India. 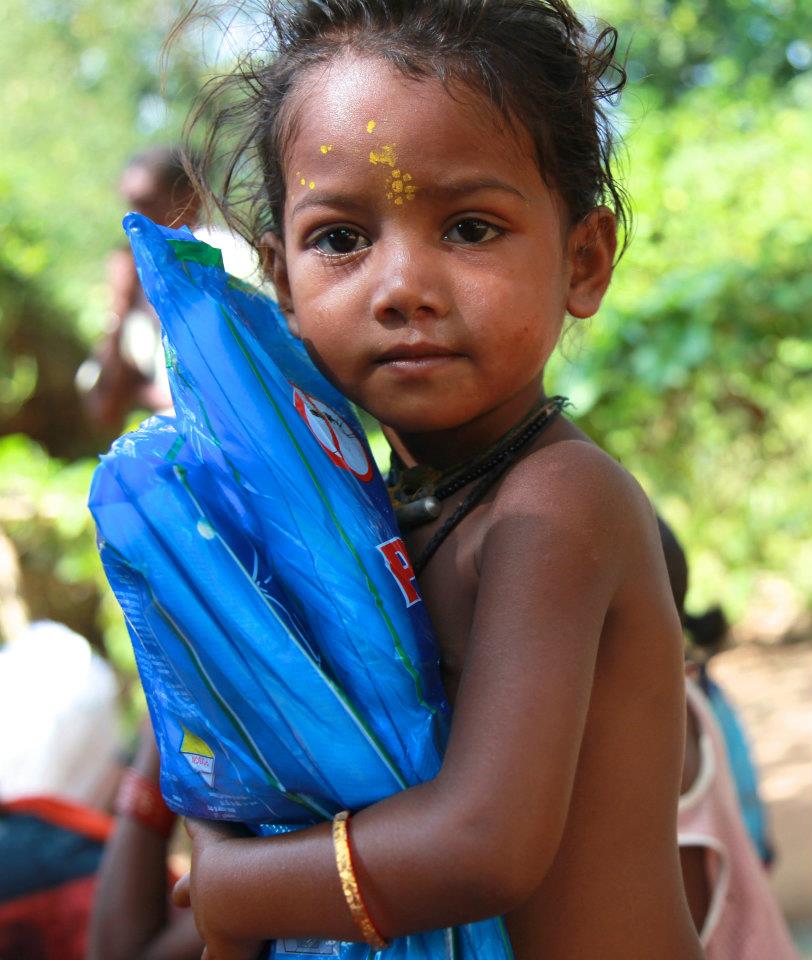 Distributing cash to very poor individuals in Kenya and Uganda

GiveWell's summary: "Directly transferring money to poor individuals allows them to purchase that which they believe will help them most. Strong evidence indicates that cash transfers lead recipients to spend more on their basic needs (such as food) and may allow recipients to make investments with high returns, with no evidence of large increases in spending on items like alcohol or tobacco. (For more, see our full report on cash transfers.) We believe that GiveDirectly effectively distributes cash to extremely low-income individuals. More."

GiveWell's summary: "SCI supports programs that treat people for parasitic worm infections that cause short-term symptoms such as anemia, and may cause longer-term developmental problems. These worms are extremely inexpensive to treat. (For more, see our full report on deworming.) We believe that SCI cost-effectively expands access to deworming treatment. More."

GiveWell's summary: "The Deworm the World Initiative (DtWI), led by Evidence Action, supports programs that treat children for parasitic worm infections that cause short-term symptoms such as anemia, and may cause longer-term developmental problems. These worms are extremely inexpensive to treat. (For more, see our full report on deworming.) DtWI focuses on advocacy and technical assistance to governments providing deworming, and we believe that it cost-effectively increases the number of children receiving deworming treatment. More."

Here's more from Sophia:
- The Incredible True Tale Of "The Queen Of Neuroscience" And Her Nobel Prize
- He Asked 1500+ Elders For Advice On Living And Loving. Here's What They Told Him.
- Life Tips From The Ph.D. Who's Discovering How Meditation Changes Your Brain
- A Revolutionary Entrepreneur On Happiness, Money, And Raising A Supermodel
- Here's How To Avoid One Of The Most Common Life Regrets