Thomas Jefferson once called coffee "the favorite drink of the civilized world." And this founding father wasn't far off the mark. This caffeinated beverage imparts energy, promotes productivity, and delights taste buds across the globe.

But to be a true coffee hot spot, a city has to do more than just house java drinkers. The places listed below are passionate about the brew; they've created a unique culture around it; and some of them have even invented their own distinct coffee blends. Because coffee is not just a jolt of caffeine, it's an experience. So, with these qualifications in mind, here are the best places to stop and savor the perfect cup of joe. 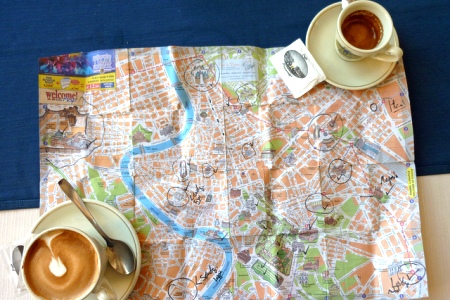 Tea (çay) is the beverage of choice in Istanbul's cafés. But because Turkey's rich, black coffee has lent such inspiration to other coffee-loving cities, we'd be remiss if we didn't include the country's cultural capital on our list. To make a rich, flavorful Turkish coffee, baristas roast and grind beans into a fine meal. The beans are boiled with water and sometimes sugar in a cezve (pot), and afterwards it will be poured into a small cup. There's no sieve, so the grounds are allowed to settle before being served. Bottoms up! 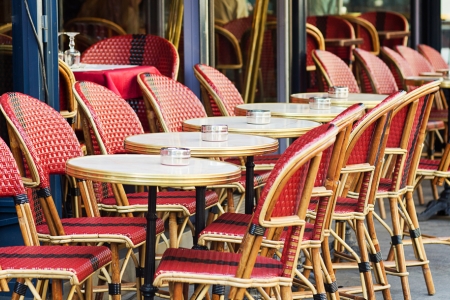 Some coffee purists complain that Paris' brew is nothing special, citing overly roasted beans and low-quality machines. Although these aficionados do leave room for exceptions--La Caféothèque, to name one--they say most of the establishments pour sub-par brew. But Paris stands apart because of its alluring cafés. They practically call to you with their open-air seating, cozy tables, and steaming petits noirs (espresso shots). Time seems to slow down, and customers end up sipping their café au laits as they while away hours lost in thought or conversation. Any city that can conjure up this kind of magic with its café atmosphere merits a spot on this list.

Israel's coastal city brims with cafés that pour ice-café (iced coffee) in the summer and botz (hot coffee) in the winter. But bear in mind that an Israeli hot coffee is more like a Turkish coffee than an American one, meaning that it's dark, intense, and very rich. (To order a milkier brew, you'll need to ask for an espresso hafukh.) Whatever you choose to sip, you'll no doubt fall in love with the Tel Avivian café culture. Just like the city's laid-back beaches, the cafés in Tel Aviv impart a mellow, hip vibe. Plus, many of these small shopsspill out onto sidewalk patios, so there will also be ample opportunity for people-watching.

The Pacific Ocean archipelago is known for more than just beauty--its coffee is some of the world's tastiest (and most expensive). Hawaii's volcanic soil and gently fluctuating weather conditions create an ideal climate for the Kona coffee crop. To view these Arabica coffee beans up close, visitors can tour a number of the plantations, such as the Mountain Thunder Coffee Plantation and Greenwell Farms, both located just a short drive from the historic seaside town of Kailua-Kona. But to enjoy a cup of the elegant brew, all you'll have to do is call for your hotel's room service. 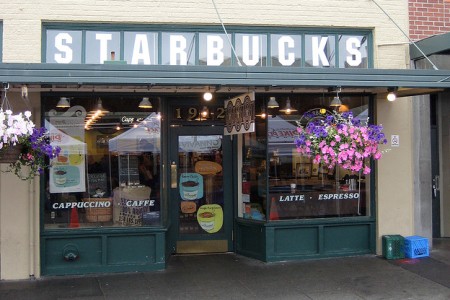 It's probably no surprise that Seattle features one of the best coffee cultures in the world: The java titan, Starbucks, got its start here. Back in 1971, the flagship coffeehouse opened its doors in Pike Place Market. But the green mermaid isn't the only reason the Emerald City's coffee scene is unique. The city is peppered with a host of indie coffeehouses, many of which are locally owned. According to the Daily Beast, there are a wowing 35 coffee shops per 100,000 Seattleites--the highest ratio of coffee shops to residents in the entire country.

Melbourne serves as Australia's coffee capital, and as such, the city boasts a host of coffee shops that serve up world-renowned cups of java. The Aussies love their brew so much that there's even a publication, the Melbourne Coffee Review, dedicated to the thoughtful comparison of the city's many coffee shops. You'll find that Melbourne's coffee spots are as varied and eclectic as their clientele. For instance, the Proud Mary shop sits inside a converted warehouse and provides cold-dripped coffee to a cool, quirky crowd, while the Lygon Street Café serves an Italian-style cup paired with tiramisu to Melbourne University patrons.

Havana, Cuba is the place to enjoy a café cubano, an espresso shot infused with demerara sugar. (And with travel restrictions waning, experiencing authentic Cuban coffee isn't as difficult as it used to be.) The result is a small, sweet coffee packed with a punch of caffeine. If the flavor is too intense for you, try a gentler cortadito, an espresso topped with milk. You can savor these aromatic brews in a number of cafés, some with open-air seating like the famous Café de las Infusiones. Because "origin" is very important to all coffee lovers, you'll be happy to know that many of these coffeehouses grind beans that are sourced directly from the country's Escambray and Sierra Maestra mountains. 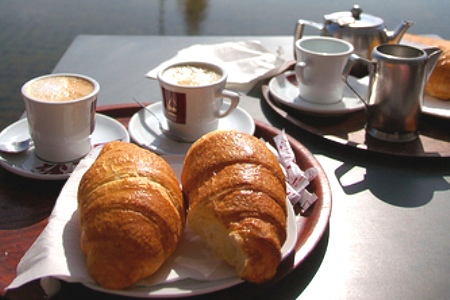 Like many of the cities on our list, Portugal's capital touts its own particular brand of coffee. The Portuguese bica rivals Turkish coffee in intensity--it contains more water than a traditional espresso, and goes down smoothly. To enjoy one of these flavorful brews, you'll need to step into a pasteleria (coffee bar), which also serves scrumptious pastries like the city's signature tart, the pastel de nata. You'll find a host of these bars along Rua Dom Pedro V in Lisbon's Barrio Alta neighborhood just a quick funicular ride from downtown.

The "birthplace of coffee" (incendiary as this superlative may be) definitely warrants a place on our list. If you ever find yourself in the capital of Ethiopia, you must take part in a coffee ceremony. As a sign of respect or friendship, Ethiopians might invite guests into their homes for one of these lengthy rituals, which involve roasting and grinding the beans and brewing them in a clay pot called a "jebena." In Addis Ababa, the coffee is then drunk with sugar, but in the countryside, salt is added. If you don't receive an invitation to a private ceremony, do enjoy a Tomoca, an Italian-style coffee that is commonly served in the city.

Costa Ricans refer to coffee as their "golden bean" because it has paid such high dividends to the local economy. Since the 18th century, this Central American enclave has cultivated the popular Arabica coffee bean, which is generally thought of as the crème-de-la-crème of the crop. We recommend visiting the actual coffee plantations of Santa María de Dota in Central Costa Rica. This small mountain town sits amid leafy coffee fields, and it might just be the most peaceful place to sip a local cafécito (black coffee). 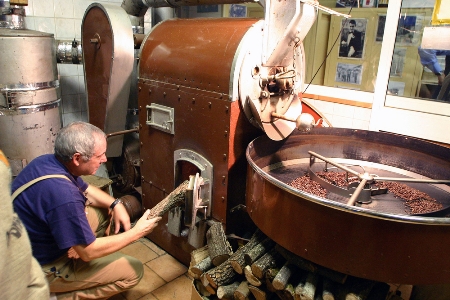 You won't have to travel far to find a caffè in Rome. This buzzing city thrives on caffeine, in the form of cappuccinos, macchiatos, espressos, and more. And just like its pasta and paintings, Italy's coffee is a form of art. Great care is taken in choosing the beans, picking the machines, and even presenting the drinks. To taste a heavenly brew, many coffee fiends recommend a trip to Rome's Caffè Sant'Eustachio. This popular caffè serves organic and fair-trade brew with zuccherato (sugar), unless otherwise requested. You'll find this acclaimed coffee shop sitting under the shadows of the Pantheon.