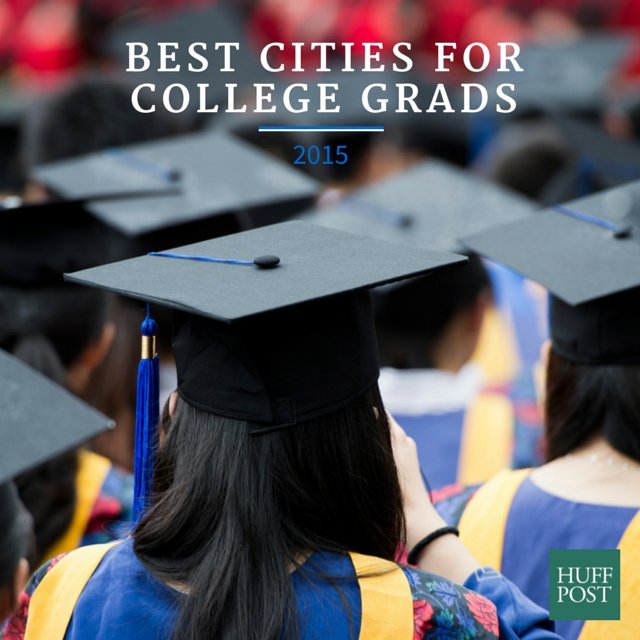 New grads know that choosing where to move after college depends on job potential first, followed by a slew of other factors.

A new index from the the American Institute for Economic Research (AIER) ranks U.S. metro areas on their desirability for recent college grads, taking into account both job opportunities and "amenities" like restaurants, well-priced apartments and the ease of biking to work.

The report measured 75 metro areas on factors including employment rates, racial diversity and the average salary for residents aged 22-35 with a bachelor's degree or higher. The lineup may be somewhat surprising, with college towns like Iowa City, Iowa; Ithaca, New York; and Ann Arbor, Michigan at the top. College campuses make these cities ethnically diverse, AIER's director of research and education Rosalind Greenstein told The Huffington Post. They also make cities hotspots for big-name corporations.

Standard "big cities" like Washington, D.C., New York City and San Francisco also hit the top of the list, with high salaries, numerous start-up companies and full slates of restaurants and attractions that make them great options for recent grads. Whether sprawling metros or smaller towns, the list is full of cities ripe for exploration. Here are the top employment destinations for college grads in 2015 according to the American Institute for Economic Research: 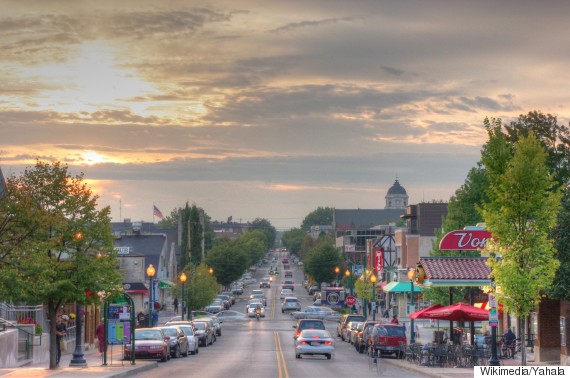 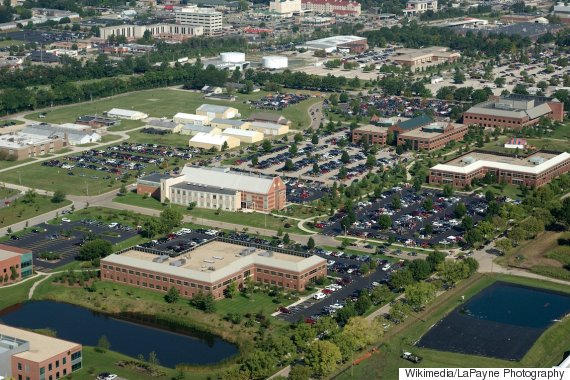 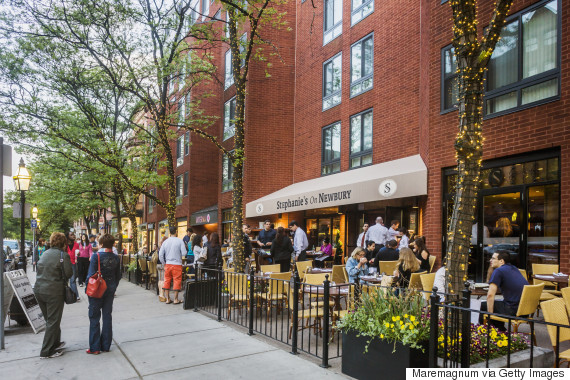 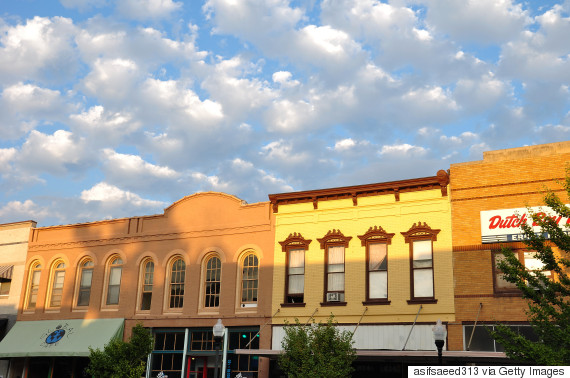 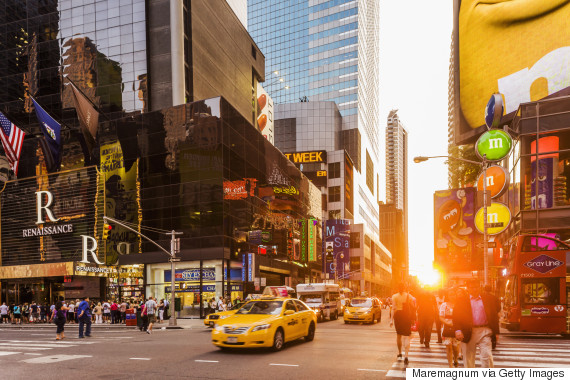 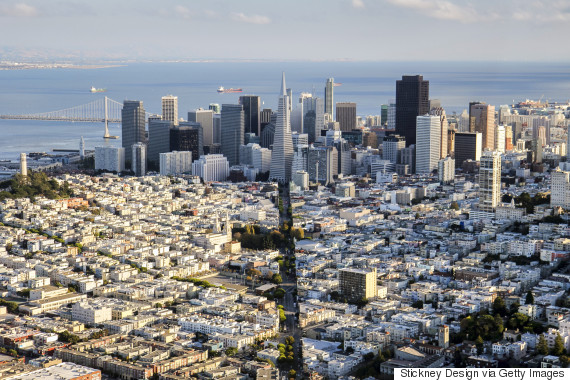 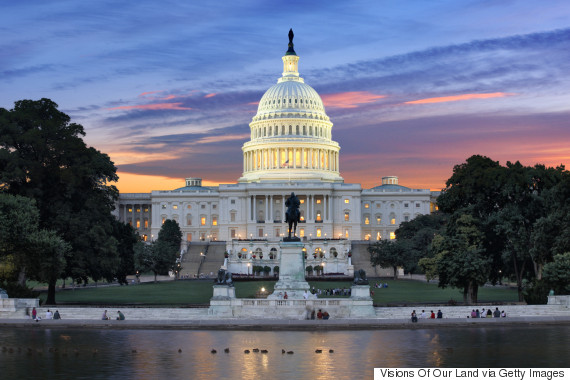 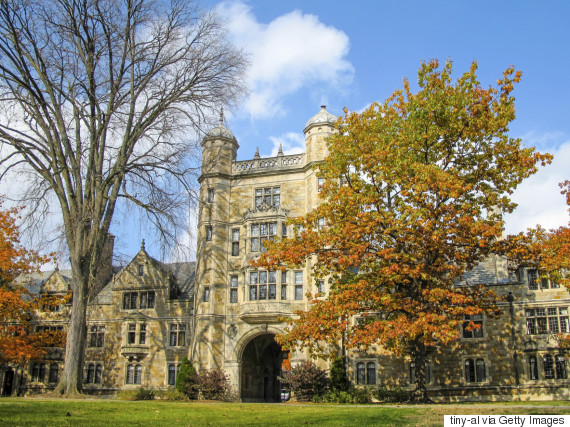 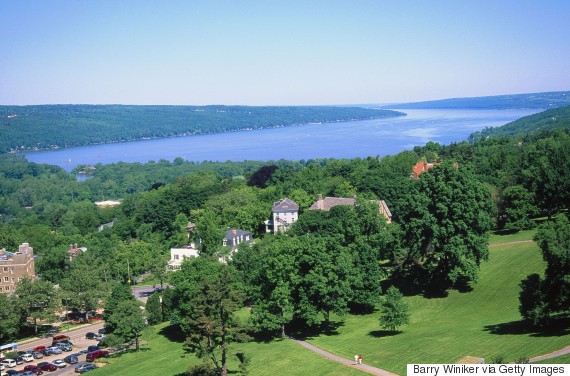 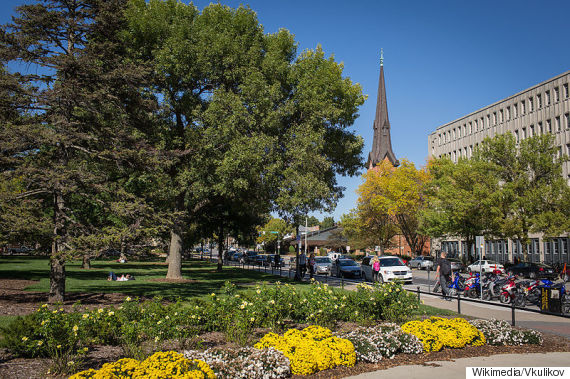 Which industries are hiring: Small and medium-sized businesses in the sectors of education, government, tech and manufacturing will be the key drivers of employment in Boulder.
8. Fort Collins, Colorado
Marek Uliasz via Getty Images
ZipRecruiter score: 0.69
Unemployment rate: 3.20

Which industries are hiring: Job seekers in the fields of education, tech and manufacturing will have the best luck finding a job in Fort Collins, Northern Colorado's economic hub, according to ZipRecruiter.
7. Omaha, Nebraska
Jupiterimages via Getty Images
ZipRecruiter score: 0.66
Unemployment rate: 3.0

Which industries are hiring: Home to Warren Buffett, the financial services industry, as well as the health care and tech industries will provide job growth in Omaha, according to ZipRecruiter.
6. Provo, Utah
Denis Jr. Tangney
ZipRecruiter score: 0.61
Unemployment rate: 3.0

Which industries are hiring: Home to Brigham Young University, the fields of education, tech and health care are all experiencing healthy growth, according to ZipRecruiter.
5. Odessa, Texas
ZipRecruiter score: 0.49
Unemployment rate: 2.8

Which industries are hiring: Rochester, home to the world-renowned Mayo Clinic, is a major center of health care hiring. A new project by the clinic is also expected to bring thousands of construction jobs, according to ZipRecruiter.
2. Fargo, North Dakota
Davoud Davies via Getty Images
ZipRecruiter score: 0.11
Unemployment rate: 2.2

Which industries are hiring: Thanks to booming population growth over the last decade, education and health care are the main drivers of job growth in Fargo.
1. Lincoln, Nebraska
Jupiterimages via Getty Images
ZipRecruiter score: 0.07
Unemployment rate: 2.1

Which industries are hiring: Lincoln is first in the nation in job growth for construction, financial services, state government, manufacturing and health care, according to a study by the University of Nebraska.